By Ray Massey Motoring Editor For The Daily Mail

As we enjoy a chocolate-infused Easter weekend, Britain’s Vauxhall has just added a new coffee-sounding Mokka to its line-up.

But unlike bamboozling coffee menus, there’s a simple choice of three Easter bonnets: petrol, diesel or pure electric, with prices from £20,735.

They all feature Vauxhall’s sharp new V-shaped ‘vizor’ face — and the aerodynamic design cuts drag at motorway speeds by 16 per cent. 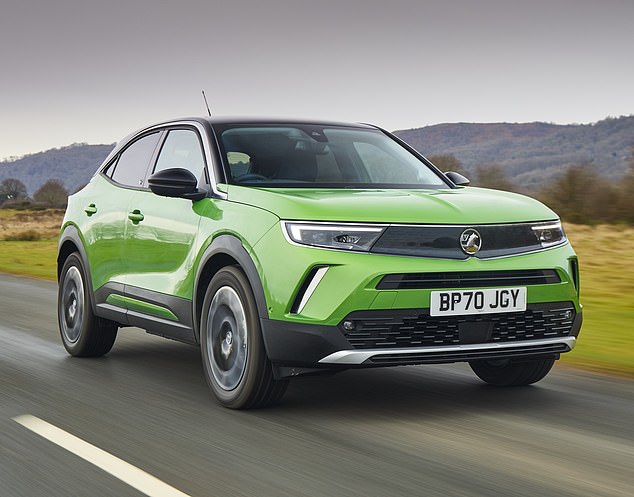 Feisty: The energising Vauxhall Mokka is available as petrol, diesel or electric

Powered by a feisty turbo-charged 1.2-litre 3-­cylinder 130 hp petrol engine linked to an agile eight-speed automatic gear-box, it feels taut and nippy around town and cruises nicely on motorways, accelerating from rest to 60mph in 9.2 seconds up to a top speed of 124mph.

For extra engagement, you can play up and down on the manual paddles. It has frugal fuel efficiency, with an average up to 47.9mph and CO2 emissions of 137g/km. 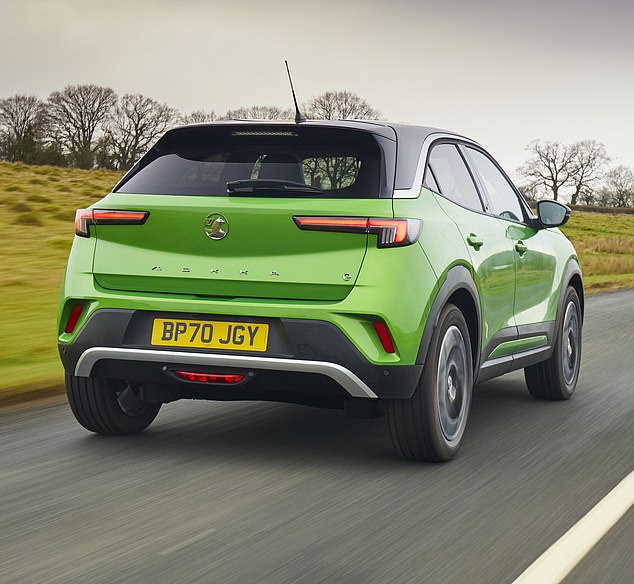 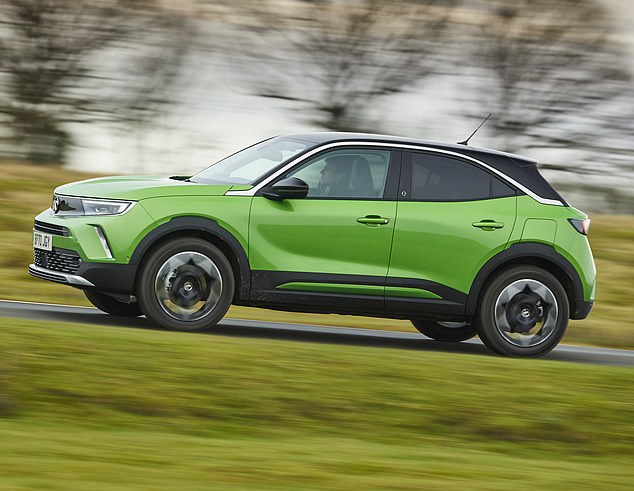 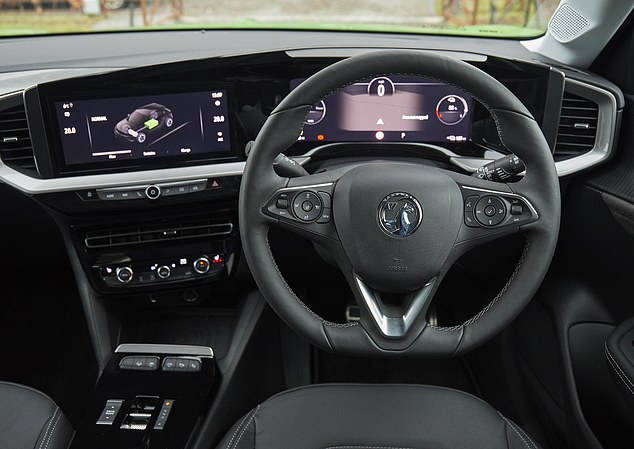 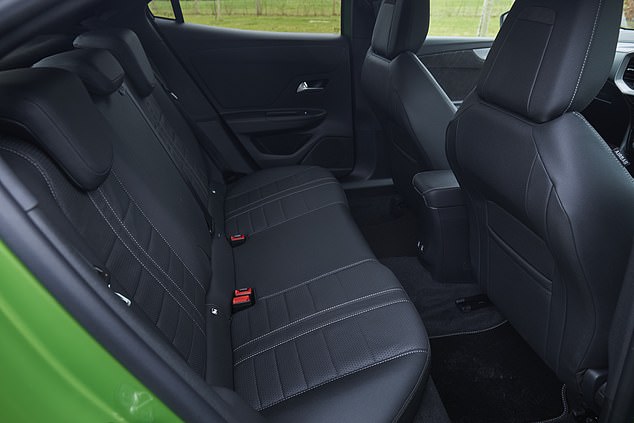 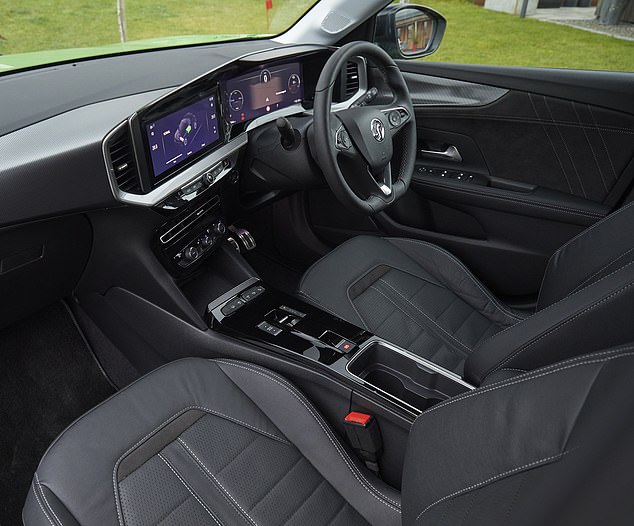 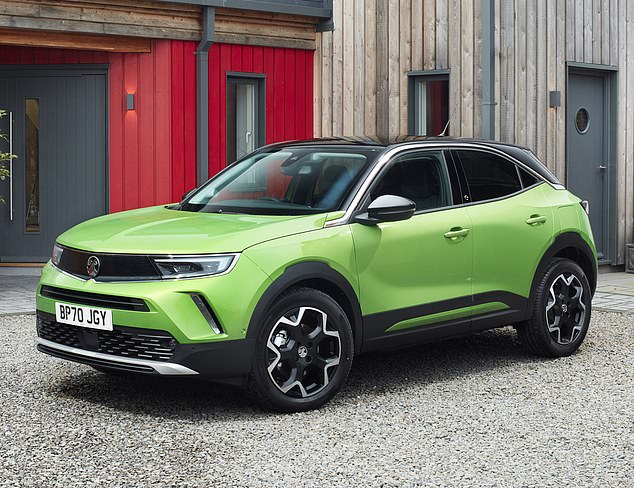 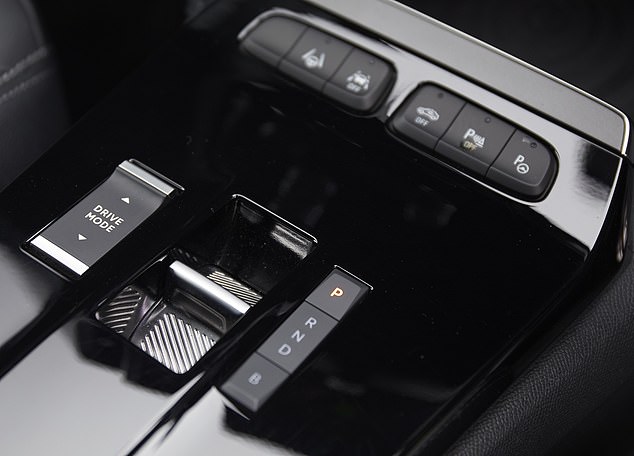 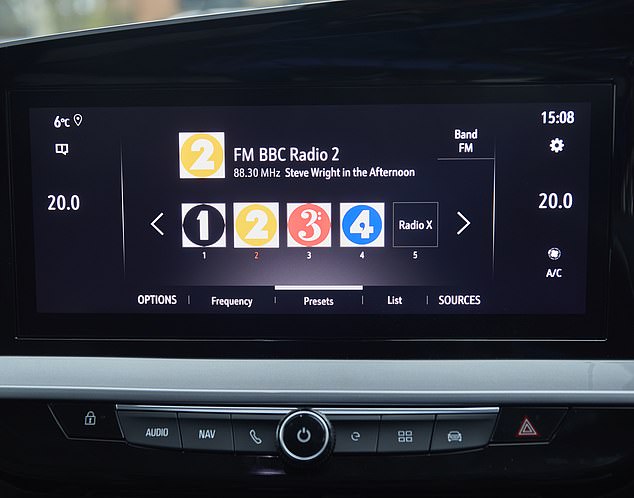 There’s also a 100hp version, and both are available with a six-speed manual.

But I got my real energising caffeine hit from the pure electric 136hp Vauxhall e-Mokka in a bright, statement-making shade called Mamba Green, complemented by a black roof.

Powered by a 100kW electric motor and a 50 kW lithium-ion battery, it flies along and feels very agile, accelerating to 60mph in 8.7 seconds up to a top speed of 93mph and with zero emissions.

WILL IT FIT IN MY GARAGE? MOKKA-E

You can choose between Eco, Normal and Sport driving modes — I was mainly in the most engaging Sport. It has a claimed range of 201 miles.

Apart from the silent running, and having to charge-up rather than fill-up, the driving experience from behind the wheel of the electric version is pretty much the same.

No new buttons and knobs to master or intimidate. Digital touch screens are easy to navigate.

Pulling on a simple rocker switch moves you from park to drive or reverse.

Hitting the B-button increases braking resistance, helps generate more charge as you slow down, and means you can drive ‘one-footed’- barely having to touch the brakes.

It has a bit less space in the back because of the batteries and cabling, which reduces the petrol version’s 350 by 40 litre to 310 litres.

With the rear seats pulled down, that increases to 1060 litres (1105 litres for petrol).

A full charge on a domestic 7kW wall-box takes 7 hours and 35 minutes or 5 hours and 5 minutes on a public 22kW charger.

There’s still a place for diesel with a 1.5 litre 110 horse-power engine linked to a six-speed manual gear-box offering up to 65.7mpg with CO2 emissions of 114g/km.

POLESTAR DELIVERS FOOD BOXES TO THOSE IN NEED

Ahead of showrooms re-opening on April 12, Swedish electric car maker Polestar has delivered 325 boxes of food — enough to provide 10,000 meals — to those in need during the pandemic.

The boxes were sent out to and filled by journalists, celebrities, including Dynasty actress Emma Samms, and the public after the firm launched a #NoWasteofSpace lockdown campaign while its new Manchester showroom stood idle. 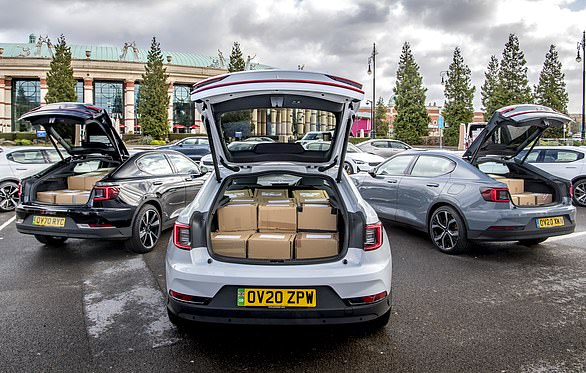 The Polestar Manchester Space in the city’s Trafford Centre is a modern ‘no-hassle, no-pressure’ alternative to traditional car showrooms with staff who are not on commission.

Donated food parcels are being delivered by a fleet of ten Polestar 2 electric performance fastback cars (costing from £49,900 and available to buy online at polestar.com ) which would otherwise be idle as test drives are prohibited during lockdown. 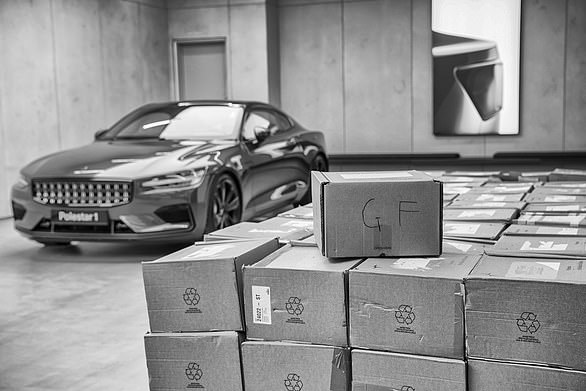 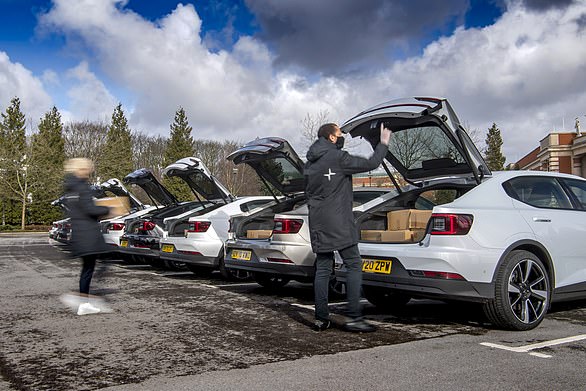 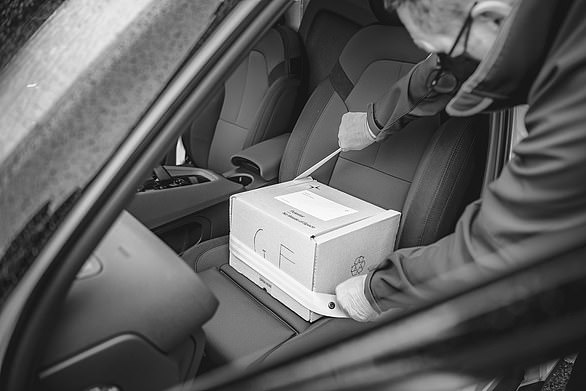 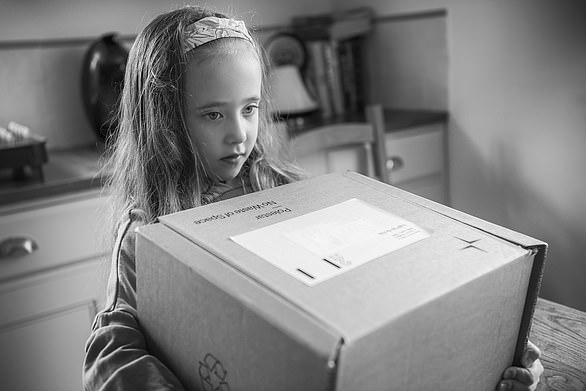 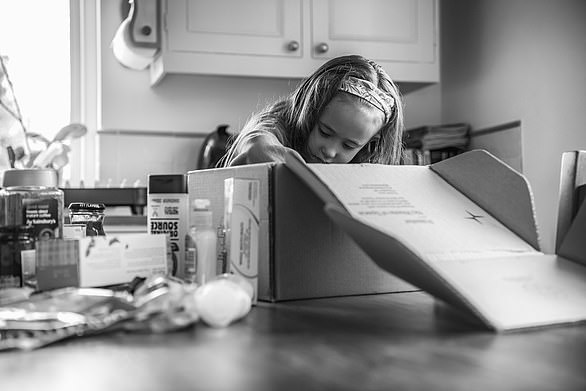 Support came from Coventry-based van and taxi firm LEVC. Both are owned by China’s Geely group.

The 325 #NoWasteofSpace boxes filled with non-perishable food and personal care items weighed 2.2 tonnes – and Polestar matched that to double the weight to 4.4 tonnes.

Jonathan Goodman, head of Polestar UK, said: ‘We could never have envisaged the incredible response this campaign received, and the generosity of all who took part is truly heart-warming.’

Annual motor insurance premiums have fallen to an average of £652 in the first three months of this year — the lowest since autumn 2015, says comparethemarket.com.

Premiums have reduced by £55 over a quarter and £103 year on year, accelerated by lockdown and fewer claims. 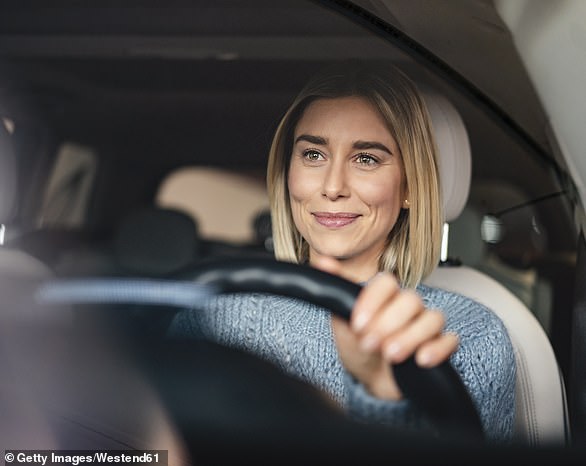 Happy motoring: Premiums have reduced by £55 over a quarter and £103 year on year, accelerated by lockdown and fewer claims

Cheapest premiums available have also tumbled to £560; down from £627 in the same period last year.

Dan Hutson, head of motor insurance at compare themarket.com, said: ‘Motorists will be thrilled that the cost of car insurance has nosedived in the first quarter of this year. The drop in insurance claims seems to be trickling through to the cost of premiums.’