A Queensland politician has shared a repulsive email sent to her husband in which she was called an ‘unf***able wh**e’ and a ‘poorly educated goblin’.

Labor MP and shadow minister for the environment Terri Butler said the message was sent by an anonymous troll to her husband’s professional email on Tuesday.

Troy Spence was told to put his wife and two children in a car and have a fatal accident in the vulgar message, which the MP explained is typical of the abuse her family endures. 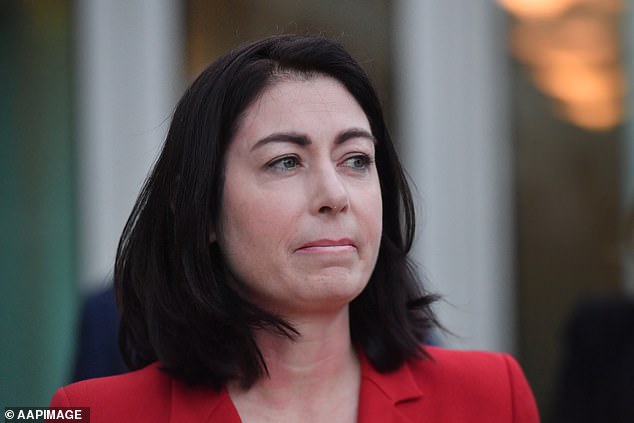 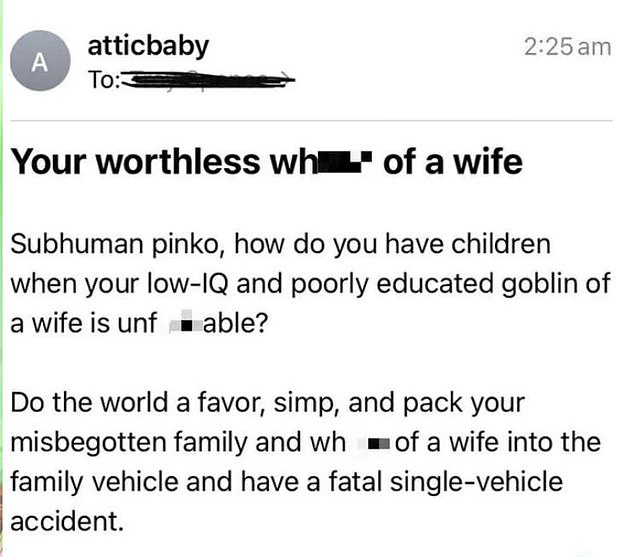 Ms Butler said she has received a constant stream of anonymous abuse throughout her career in politics, but said the most recent incident inspired her to speak up.

In a post on her Instagram, the politician explained this troll had not directly attacked her but had instead chosen to bully her husband.

‘Someone went to the trouble to look up his name and his professional email address,’ Ms Butler wrote.

‘I don’t usually share things like this because the trolls see it as a victory when they get your attention. But in the context of the last few weeks I thought it useful to say something about it.’

The email was headed with the subject line ‘Your worthless w***e of a wife’ and was sent to Mr Spence in the early hours of Tuesday morning. 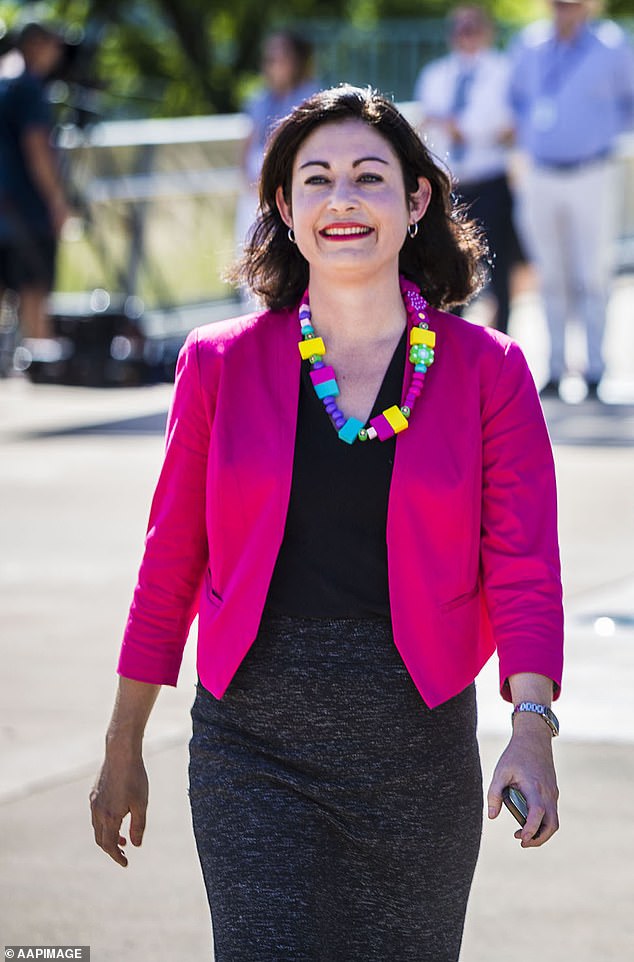 ‘Subhuman pinko, how do you have children when your low-IQ and poorly educated goblin of a wife is unf***able?’, the email began.

‘Do the world a favor, simp, and pack your misbegotten family and w***e of a wife into the family vehicle and have a fatal single-vehicle accident.’

The politician said she was inspired to share the post off the back of the March 4 Justice Rallies where tens of thousands of people protested across the nation.

Crowds took to the streets to protest sexual violence against women, following several rape allegations that have thrown government into chaos.

The Labor MP said Australia had a long way to go before women can participate fully in society, saying there needed to be more women in male-dominated occupations.

The politician said her colleagues copped abuse much worse than the vile email, and said Western Australian MP Anne Aly was regularly called an ‘ISIS whore’ by an anonymous troll because of her Islamic fatih.

Ms Butler said some people may question why women would enter politics after seeing evidence of such abuse.

‘My answer is that I don’t think it’s about women wanting to enter politics so much as seeing the problems and feeling a sense of duty to contribute to dealing with them,’ she said.

‘Obviously there are preconditions, impediments, and caveats, but some feel that if you can be in the fight, you should be in it.’ 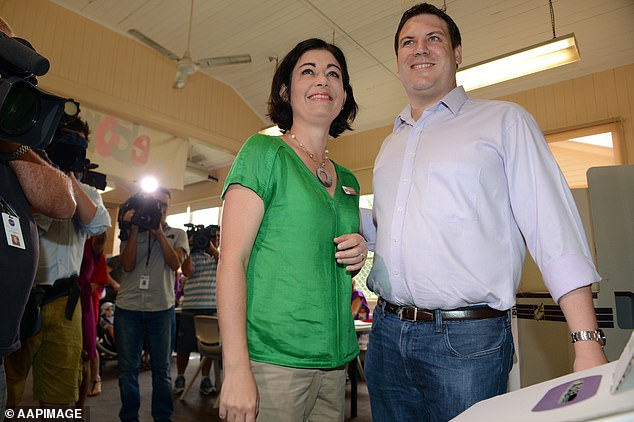 ‘This is awful. Thank you for calling this out. We need *more* people like you in Parliament’, Perth Labor MP Patrick Gorman commented.

‘Gutless and grubby. Right to call it out’, Victorian MP Josh Burns agreed.

The MP’s stark message comes as Prime Minister Scott Morrison held a press conference on Tuesday where he vowed to do better in confronting the nation’s sexual harassment crisis.

Mr Morrison said he was ‘greatly distressed’ Australian women felt they had not been heard by him and said he was determined to create a safer environment for women.

The prime minister addressed the nation after a report on Monday showed images allegedly shared by senior staffers of disturbing sex acts in Parliament House. 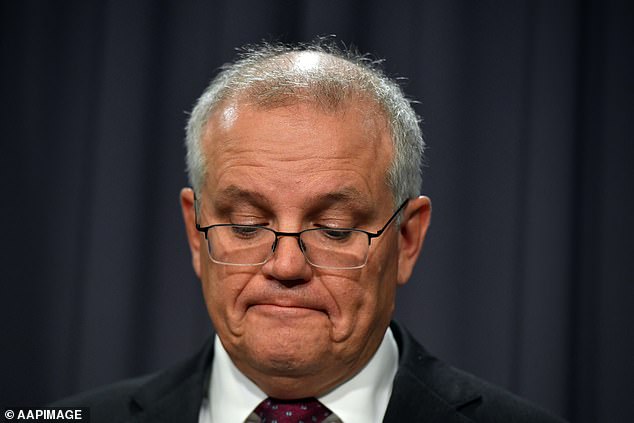 The release of the lewd images comes five weeks after former political staffer Brittany Higgins alleged she was raped inside Parliament House.

Mr Morrison received criticism on the subject after he said a discussion with his wife Jenny gave him new perspective when she asked him to imagine their daughters in the same scenario.

The prime minister has said he meant no offence by his comments and has always discussed important issues with his wife.

‘I acknowledge that many have not liked or appreciated some of my own personal responses to this over the course of the last month, I accept that,’ he said.

‘Whether that was seeking to openly share how I try and deal with such dramatic events, people might like the fact that I discuss these with my family – they are the closest people in my world to me.’