Gold Coast police rescued about a dozen puppies from a burning pet shop in a fire regarded as suspicious.

They soon discovered an adjacent pet shop had also caught alight with 12 puppies inside, including Spaniels, Cavoodles and Blue Heeler pups.

It’s believed the owner of the pet shop alerted the police to the presence of the puppies trapped inside, after arriving to find the store on fire.

Dramatic footage released by Queensland Police shows officers entering the premises on a mission to locate the helpless animals. Flames can be seen in rooms off a hallway as the officers find their way in near darkness to the cages holding the puppies. 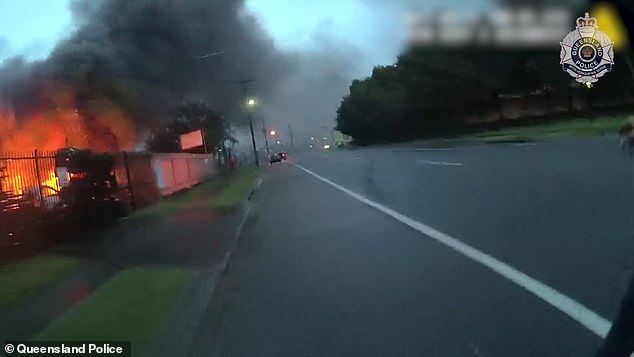 Police arrived to find a Nerang motorbike shop alight, which spread to the adjacent pet store 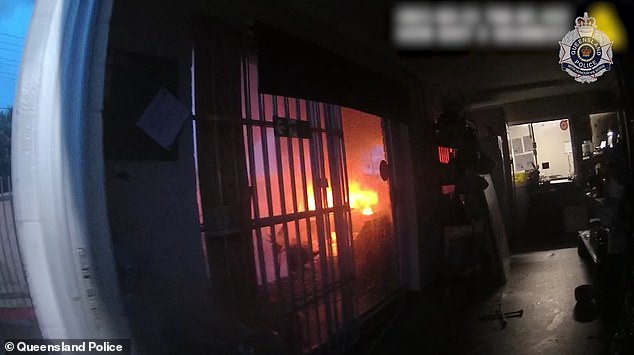 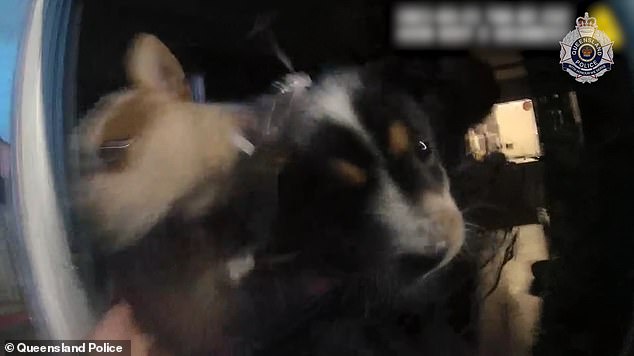 Blue Heelers, Spaniels and Cavoodles were among the dozen puppies rescued from the fire

‘Yeah mate, there’s a few,’ one officer can be heard telling another as he brings some of the puppies from the burning shop.

All of the puppies, plus two cats, were safely rescued from the store.

‘There’s been substantial damage to both the bike shop and the pet store,’ a Queensland Police spokesperson told Daily Mail Australia. 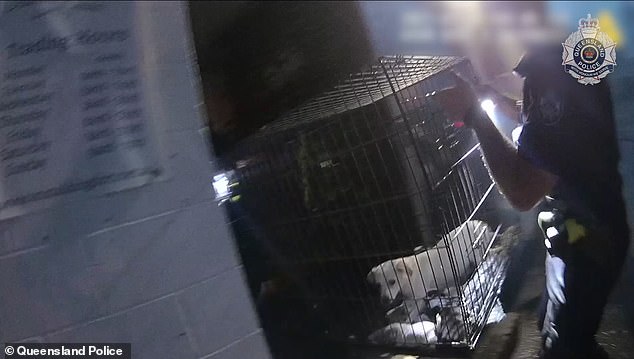 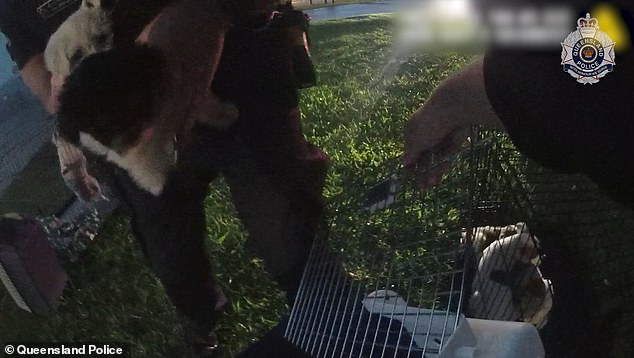 The store owner store, who had been alerted to the fire, told police about the trapped dogs

‘A number of puppies were rescued and investigations by local Gold Coast police are ongoing.’

‘Police believe the fire is suspicious.’