Parents picking up their children from a primary school have been sent letters asking them to cover up as too many are wearing skimpy outfits.

The note from Seymour Primary in Crawley, West Sussex, marked Playground Etiquette, says mums are waiting for their youngsters in revealing tops, pyjamas and clothes which ‘look like underwear.’

According to The Sun, it reads: ‘Wearing clothes that are too skimpy or for other times of day is not setting a good example.’ 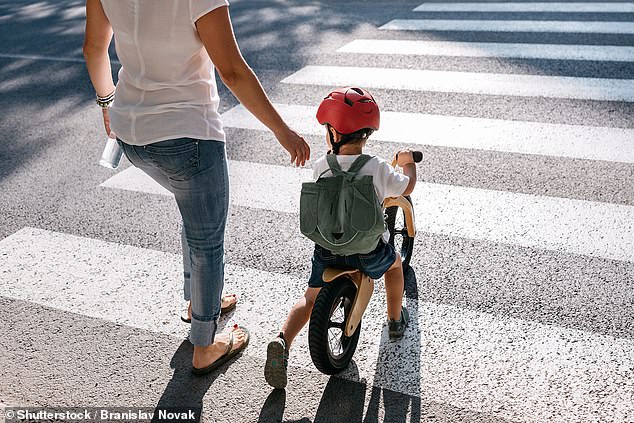 Parents picking up their children from outside school have been asked to wear more clothes in a letter from Seymour Primary, Crawley, West Sussex (stock image)

Several parents agreed that some people wait outside school gates in revealing outfits, with one saying they could see ‘everything.’

One said: ‘I’ve seen mums in dressing gowns and slippers, and one wearing a see-through mini skirt and crop top on a cold, spring day — you could literally see everything.

‘Another mum was showing such a full cleavage in a V-neck top that nobody knew where to look.’

Other parents accused the school of using a ‘harsh tone’ in the letter. 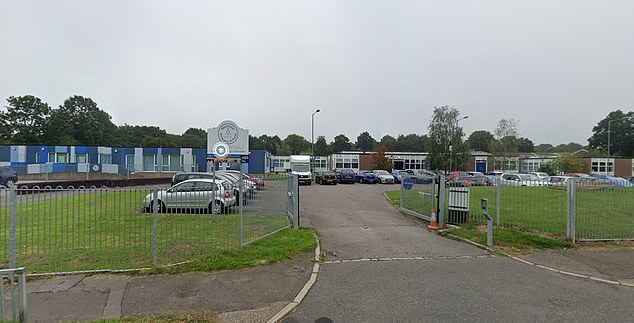 Some parents said the letter from Seymour Primary, in Crawley, West Sussex, was ‘harsh’ while others agreed some people need to cover up

‘Whilst well intended as guidance, the school acknowledges the wording could have been less prescriptive.’

Last year Cowes Enterprise College on the Isle of Wight angered parents after it issued warnings to students for wearing skirts that were too short, even though they were the largest size available.

The parents of at least two students said they were sent text messages from the school about their child’s skirt being short but argued there was no option to choose a different length skirt that fit the correct waist size.

The parent said: ‘I like the uniforms, they look smart, but the price and absolute necessity the school places on young children and parents is beyond shameful.

‘I was sent a text about my daughter’s skirt being too short. We have no spare money and bought her uniform on my overdraft.

‘I’m disgusted that during a pandemic, at a time when everyone is skint and emotions are high, uniform is still such a high priority and worth penalising people over.’

A spokesperson for the academy said the college was not imposing sanctions but giving parents time to address any issues.

They said: ‘We have not imposed any sanctions on students who do not have the right uniform, instead providing support to parents and giving them time to address any issues.

‘We have also provided financial support where parents can demonstrate they are in need.

‘It is only where students have been flouting the rules, such as rolling up skirts to make them shorter, where we have given detentions.

‘It is not correct that the right lengths and sizes of skirt are not being sold. Girls are also allowed to wear trousers if they prefer.’