By Jack Mahony and Eliza Mcphee For Daily Mail Australia

A pregnant bride has been flown to her wedding by helicopter after she was stranded by flooding and sent out a plea for help online.

Kate Fotheringham was stuck on one side of towns and unable to get over the flooded Dingo Creek to Wingham on the mid-north coast of New South Wales.

She spent the night separated from her bridal party and fiance Wayne Bell at her parents’ property before torrential rain cut off the bridge into town. 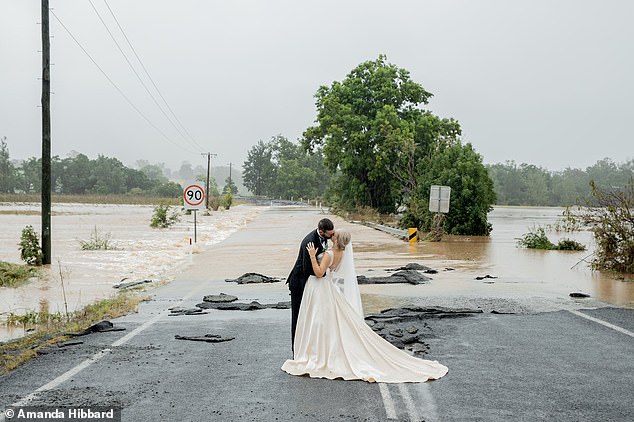 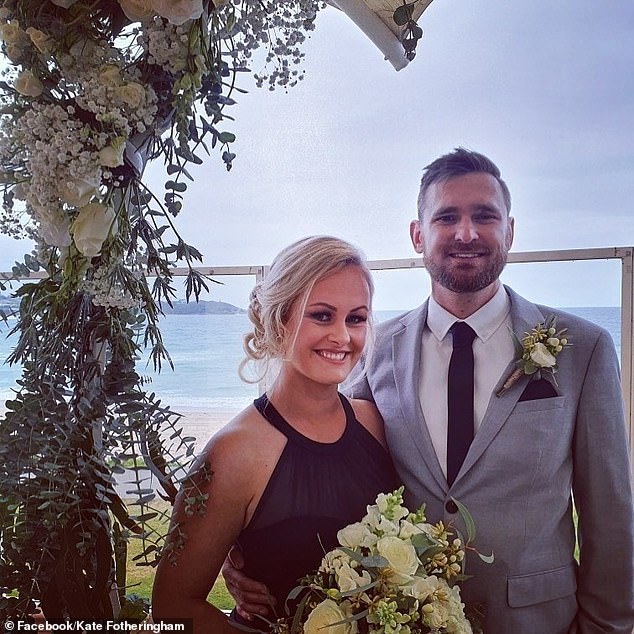 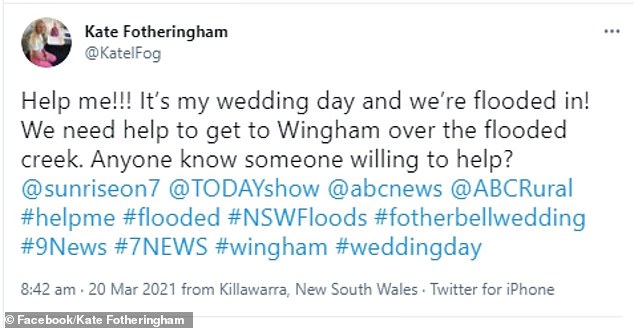 She sent out a desperate tweet asking for help to get her across the creek and to her wedding.

‘Help me! It’s my wedding day and we’re flooded in! We need help to get to Wingham over the flooded creek. Anyone know someone willing to help?’ she wrote.

Once the floods cut off the road into town she sent out the tweet hoping a good Samaritan with a helicopter would help her out.

‘I’m pregnant so my partner doesn’t want me to get in a boat. It’s ridiculously stressful,’ she later told the Daily Telegraph.

‘On Friday, when we were setting up I thought “I’m wearing gumboots to my wedding and that’s okay”, but it’s not funny anymore. 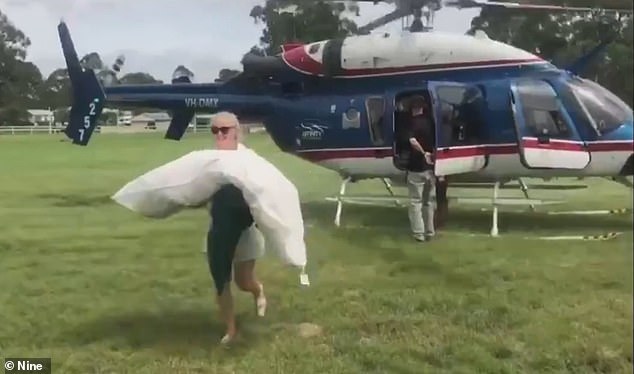 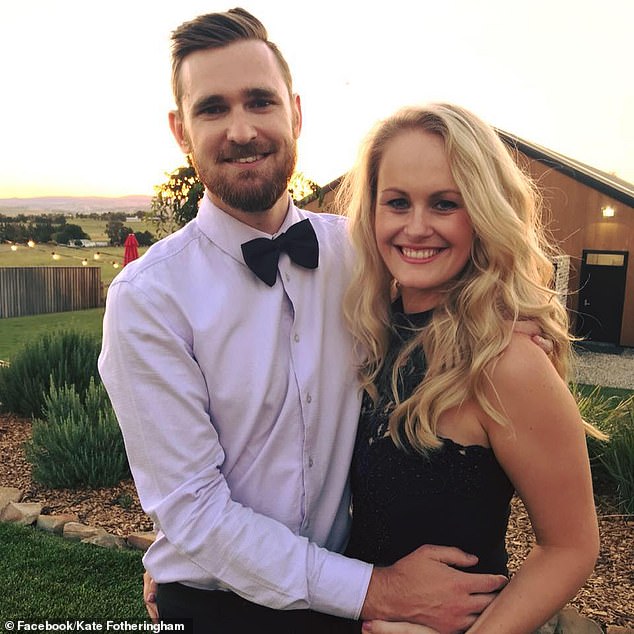 ‘I’ve had a few tears this morning just because… you don’t plan to get through one of the biggest floods in 30 years to get to your wedding.’

Affinity Helicopters in Port Macquarie came to the rescue and flew her over the flooded creek in time for the wedding.

As the helicopter arrived at the property it was met with cheers of relief as the wedding would go ahead as planned.

After the ceremony, Ms Fotheringham tweeted a photo of the newlywed couple kissing in front of the still-submerged bridge.

‘Update, I made it to the church and married the love of my life! Affinity Helicopters in Port Macquarie came to the rescue and made sure we all got there.’ she wrote.

‘This is the bridge that blocked us from making the five minute drive into town! What a day!’

She said her father was excited for the wedding after nearly dying after two trees fell on him in October.

Ms Fotheringham’s father was able to walk her down the isle as he broke his spine in three places and both his legs.

There was a flood warning for the town, which is a 10-minute drive south of town of Taree, a town that has been issued with an evacuation warning. 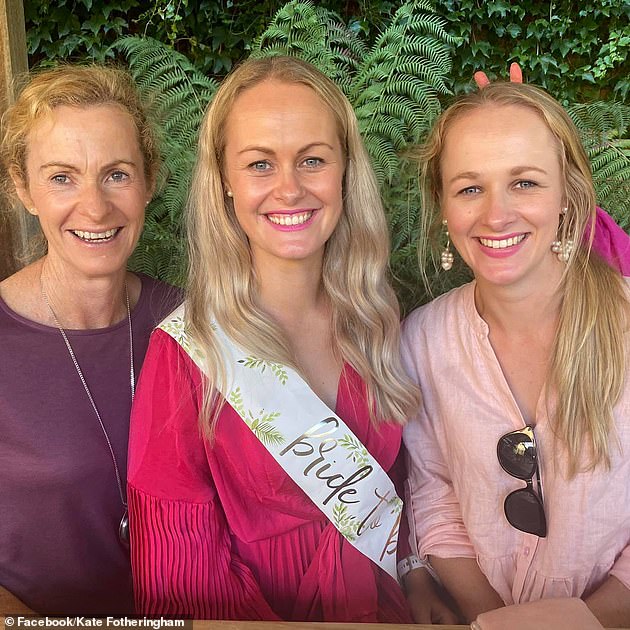 Friends, family and followers had recommend the expectant bride try and order a helicopter to get to the church on time. Pictured: Ms Fotheringham in the middle