A woman has been arrested on suspicion of child neglect after a baby girl tragically died after being found in a critical condition inside a Birmingham home.

The two-month-old was found in a critical condition at a house in the Shard End area of the city last Wednesday.

Emergency services were called at around 3am on Wednesday, March 2 and medics say advanced life support was administered. 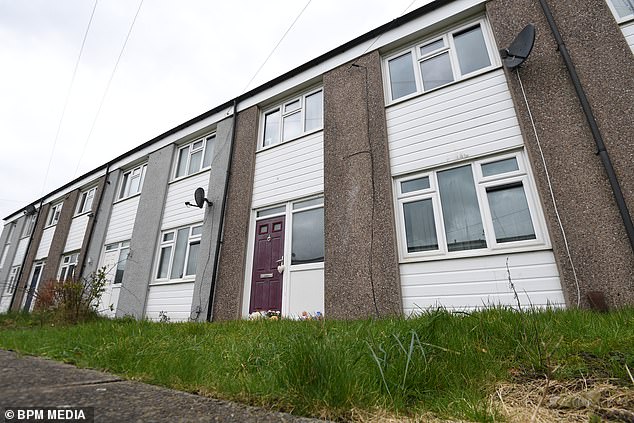 The baby was then taken to Heartlands Hospital, but police have since confirmed nothing could be done to save her.

A 37-year-old woman was arrested as police launched an investigation into her death. The woman was later released on bail as the probe continues.

Anyone with information which might help detectives is urged to get in touch with West Midlands Police.

A statement from the force read: ‘We’re sad to say that a two-month-old girl has died at home in Shard End. 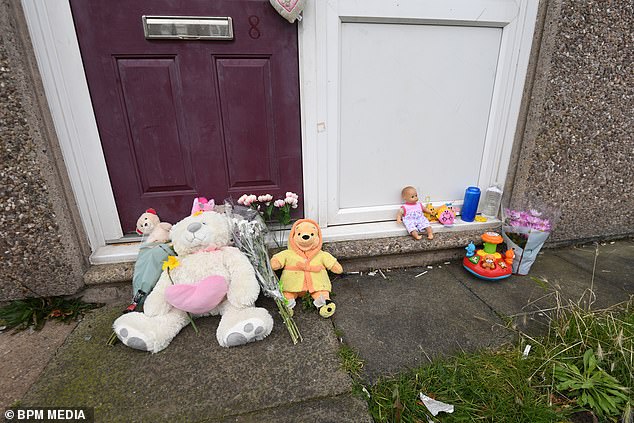 Pictured: Flowers and tributes are left at the house in Aintree Grove, Shard End

‘A 37-year-old woman has been arrested on suspicion of child neglect.

‘An investigation is underway. If you have information that might help our detectives, message us via Live Chat on our website west-midlands.police.uk.’

West Midlands Ambulance Service confirmed they sent two ambulances and a paramedic officer to the scene where the baby was found in a critical condition.

It added: ‘Ambulance staff administered advanced life support at the scene, before taking the baby to Heartlands Hospital.’