A lucky group of surfers were treated to the sight of a pod of dolphins and a seal playfully chasing a school of fish on a popular suburban beach.

A group of six dolphins swam straight into a school of fish that dispersed around the onlooking surfers nearby. 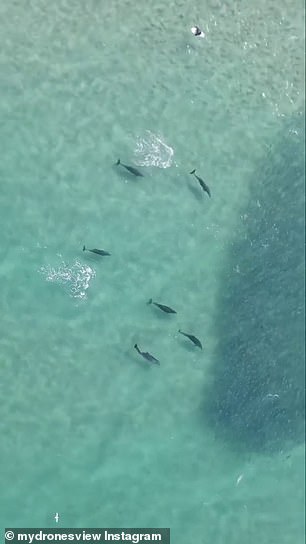 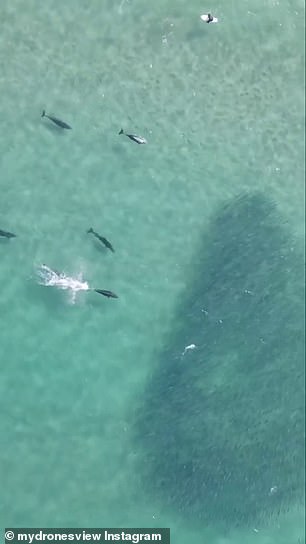 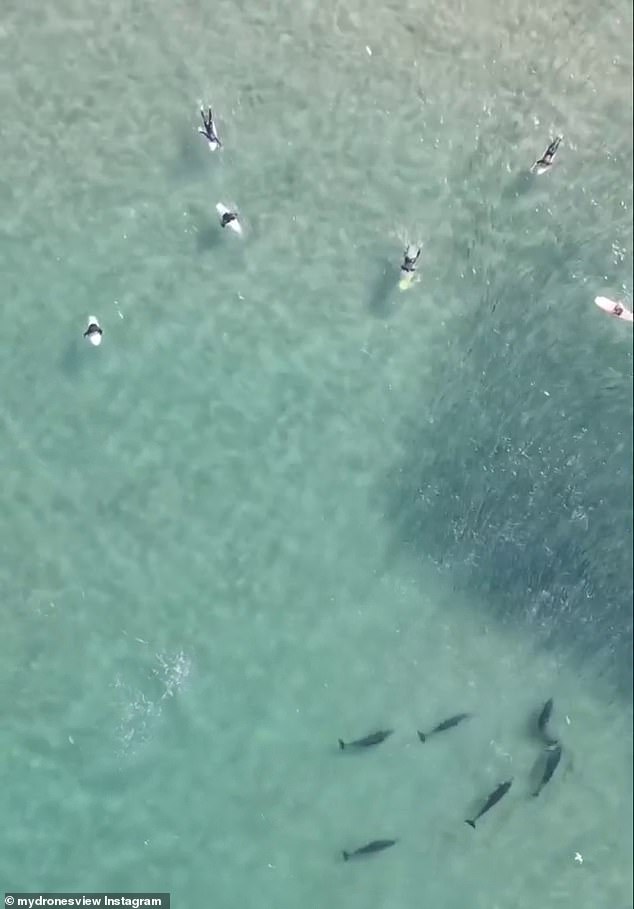 The pod continued to circle around the fish before a hungry seal joined the chase to share in the feast.

To the amusement of the surfers, the lone seal and his new friends with fins playfully pursued the hundreds of fish through the crashing waves.

Maroubra Beach is known as one of the most popular surfing locations in Sydney and Australia’s second only to the National Surfing Reserve. 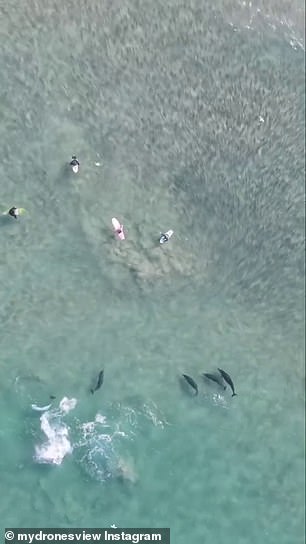 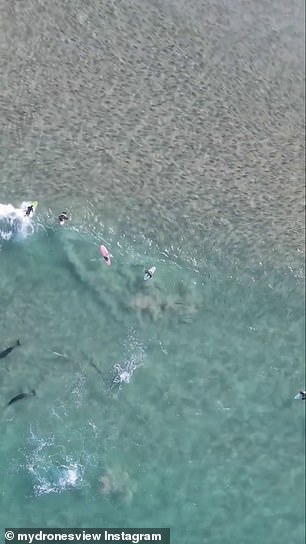