Terrifying picture shows the hidden dangers lurking beneath the floodwaters – so can you spot the huge crocodile?

A frightening picture shows alligators at a New South Wales zoo dangerously close to swimming out of their enclosures in rising floodwaters.

The photo shared by Hunter Valley Zoo on Monday shows one alligator in the foreground seemingly waiting for the water to rise above the fence as the rest of the habitat turns into a lake.

The picture has sparked more than 800 comments from people with many saying they hoped the water doesn’t rise more and the reptiles stay securely in their pen.

‘A short swim to our place once that water goes over that fence,’ one nervous local said. 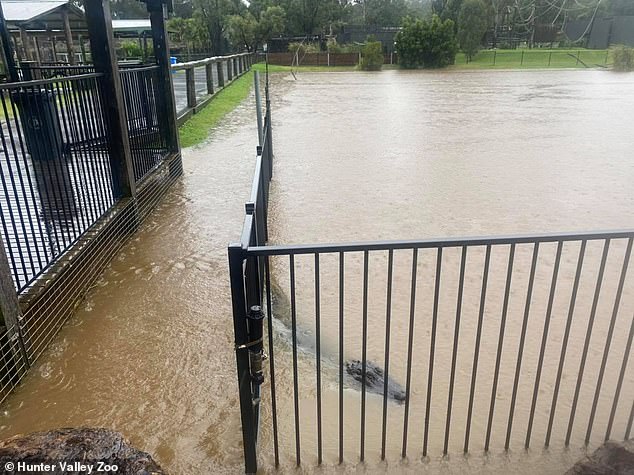 ‘Not letting my leg dangle over the bed in case an alligator chomps it,’ another person said.

‘Better check all your waterways and drains,’ added a third.

Hunter Valley Zoo assured people all their animals including their meerkats, lions, and monkeys were safely accounted for and protected from the floodwaters.

The facility, located near Cessnock north of Sydney, said on Tuesday morning they would not be open until at least Thursday withe access roads to the zoo underwater.

‘Unfortunately with a large volume of water still flowing through the zoo and the roads still dangerous and flooding we will be closed again today and tomorrow.’

‘All our wonderful animals are being extremely well cared for by our dedicated staff and are as safe and warm as they can be.’ 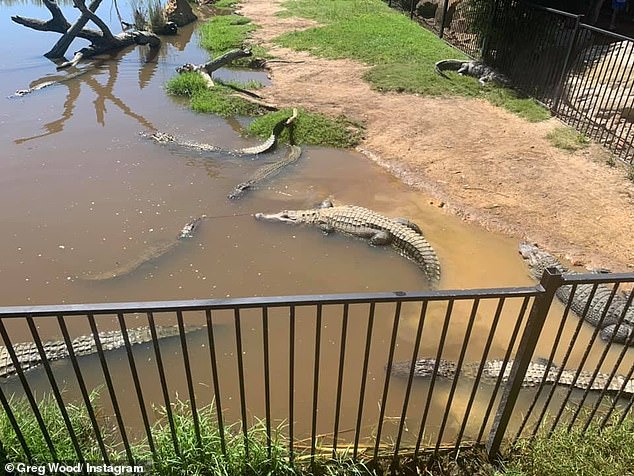 Some 18,000 NSW residents have already been evacuated from their homes to escape rising floodwaters as the premier admits conditions are set to deteriorate and the fallout will linger for weeks.

Another 15,000 residents are on high alert after being warned they must be ready to leave on Tuesday as two more weather fronts roll across large swathes of the state.

People northwest of Sydney have been ordered to evacuate homes amid the unrelenting downpour as a massive swathe of water flows into catchments, causing rivers to rise and break their banks.

Major flooding is occurring along the Colo River in the Hawkesbury region and the State Emergency Service ordered about 500 people in 200 homes to get out on Tuesday.

SES Commissioner Carlene York on Tuesday told reporters those people would otherwise have been trapped by the rising waters. 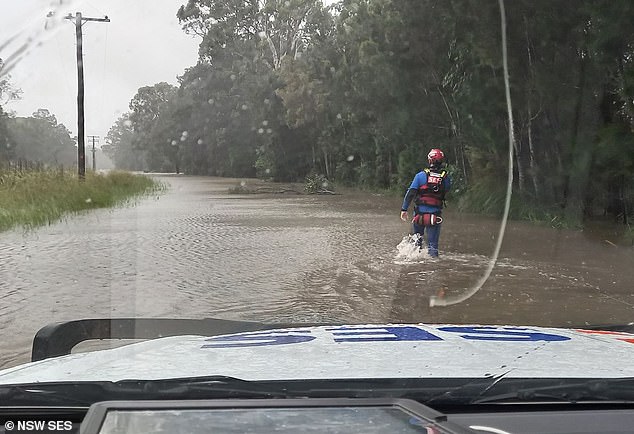 Boats and helicopters would be deployed to help them leave.

On the Hawkesbury River, another evacuation order was issued for low-lying properties in North Richmond, Agnes Banks and Windsor.

Warnings are also in place for the Hawkesbury River from Windsor to Wisemans Ferry. 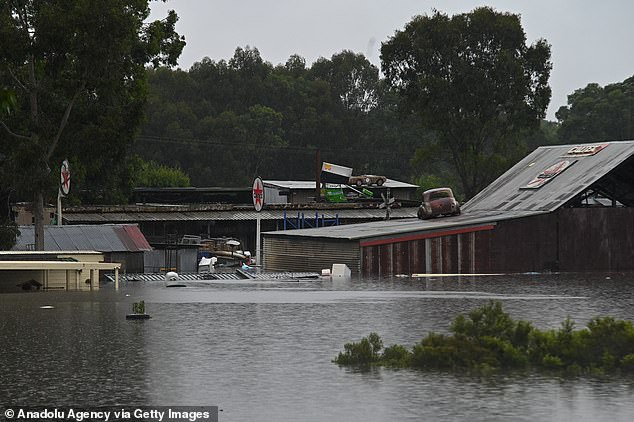 Houses have been swept away and thousands ordered to move amid relentless rain that has lashed the NSW coast for days. Structures are seen during flooding in Richmond, north west of Sydney