A picture of a father and daughter walking along a jetty was used as the ‘bait’ to lure a woman into an online dating scam that left her more than $15,000 out of pocket.

A man using the name Mark Taylorward masqueraded as Sydney auctioneer Stu Benson after pulling photos from his social media accounts and uploading them to fake Facebook, Instagram, TikTok and Tinder profiles.

Mark, who said he was an offshore oil rig contractor based in San Diego, US, then duped single mother of three Jessica, from Germany, into sending him money through online bank transfer, claiming he needed it to pay the carer of his children.

‘It’s clear to see this person was masquerading as me and using my kids as part of the bait, which is horrific,’ Mr Benson told A Current Affair. 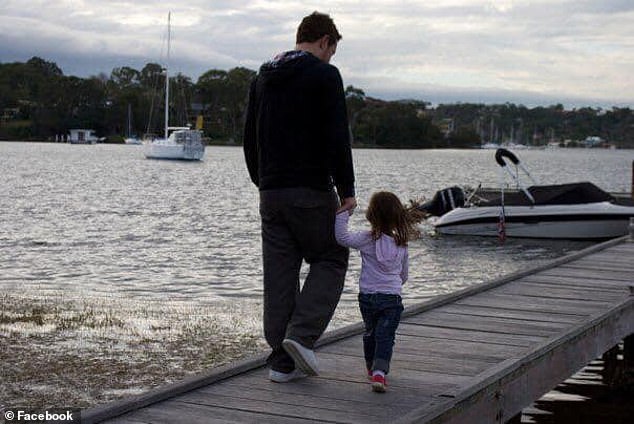 Under the picture posted to Mark’s Instagram was the caption: ‘Nothing can be as peaceful and sweet as seeing your kids happy. Few years ago I and my daughter were at this spot and she loved it.’

Jessica said she first interacted with Mark on dating app Tinder, and he later told her he did not have access to reliable internet because he was working offshore.

He said he urgently needed to transfer money to the carer of his three children and provided Jessica with the password of his online bank account.

Jessica was asked to transfer €5,000 (AU$7,754) from Mark’s bank account to the carer but the transaction failed to go through because of ‘multiple geographic logins’.

She was then told by Mark to transfer money from her own bank account on two separate occasions, promising to pay her back. 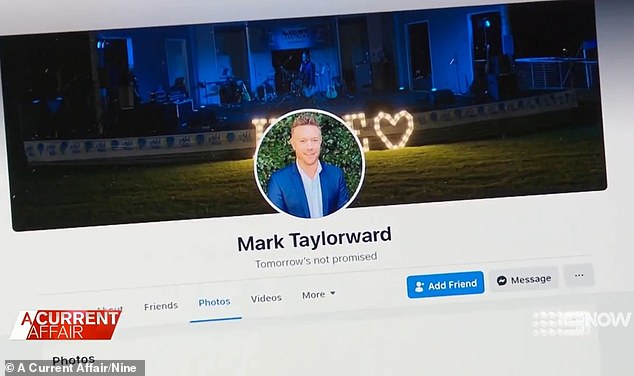 A picture of Mr Benson as it appeared on the Facebook profile of Mark Taylorward, who said he was an offshore oil rig contractor based in San Diego, United States 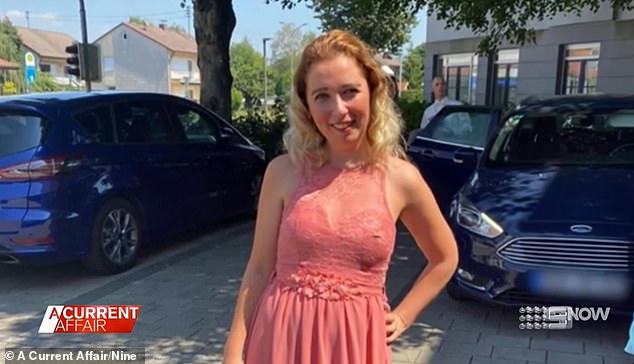 Jessica (pictured), a single mother-of-three from Germany, said she transferred €10,000 (AU$15,515) to a man using the name Mark Taylorward

‘The gentleman masquerading as me said, “well you’ve seen my bank account, you know I’m good for it, you transfer $5000 to the person looking after my children and once I’m back on shore I’ll transfer you the funds, once I go to the branch and verify my identity”,’ Mr Benson said.

Jessica then spent two months speaking with Mark through WhatsApp before becoming suspicious of his actions, prompting her to do a reverse search on his images which led her to Mr Benson.

‘I quickly realised that all the pictures Mark Taylorward sent me or showed in his profiles are all of Stu Benson,’ Jessica said.

‘I didn’t want to just ignore the fact that someone stole the visual identity of a man and his children. What these people write to you are just empty words an nothing else.

‘I am a very good believer and have always assumed the best in people which has now cost me dearly. Don’t trust anyone with personal information.’ 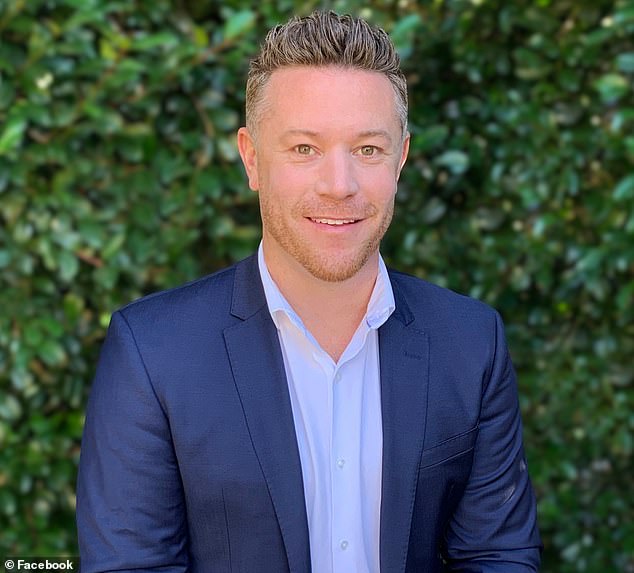 Jessica contacted Mr Benson, telling him his photos were being used by someone else, which left him feeling ‘stick to my stomach’

‘All of my photographs were being used by somebody overseas to swoon women, lure them into a trap and ultimately steal money from them,’ Mr Benson said.

‘I started to investigate how this alleged person was using my identity and found it across multiple platforms and using them for quite a long time.

‘The fact that it was on the other side of the world makes me feel really sick to my stomach.’