Favoured Queensland resort of Kerry Packer goes on sale for a ‘special, knockdown COVID-19 price’ of $60 million in CASH – but it does come with its own airport, golf course and polo fields

A huge Queensland resort – once favoured as a Queensland getaway by mogul Kerry Packer – is up for sale at a ‘limited time COVID-19 special price’ of $60 million.

Real estate agent Peter Huang is the owner of the Ramada Resort Kooralbyn Valley, a 3700-acre masterplanned community in the Gold Coast Hinterland, with its own airstrip, golf course and polo fields.

Huang first tried to sell the property in 2017 but is now offering a COVID-19 discount on the $104 million retail price for a ‘cash unconditional term’. 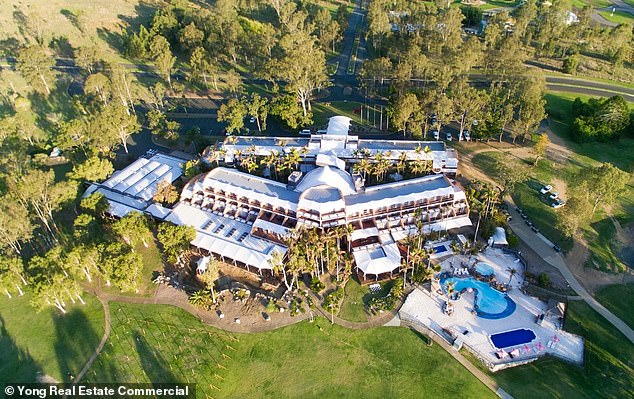 ‘Limited time Covid Special around $60m cash…’ wrote Huang in the listing for the property.

‘It’s unlikely you will get a loan from any banks now and you should not borrow, like Harry Trigubuff (sic), therefore completely eliminate your risk,’ he continued.

The main 102-room resort was built in the 1980s by the Japanese Towa group on land owned by Sydney entrepreneurs Sir Peter Abeles and Arthur George.

The more exclusive 30-room Packer Lodge was built later and became a regular Queensland bolthole of the man it was named after, who visited the resort to utilise its two championship polo fields. 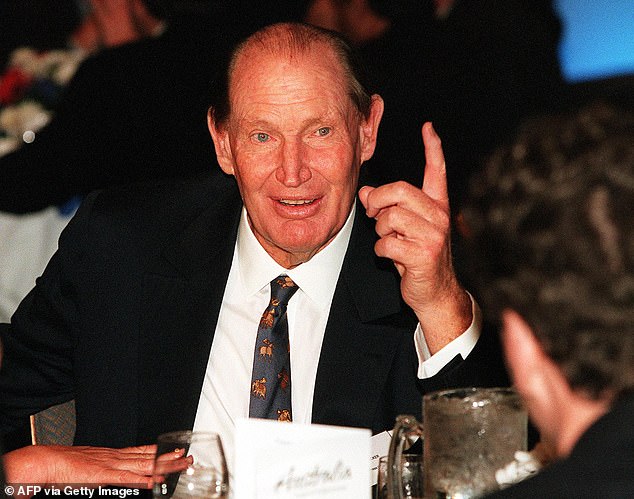 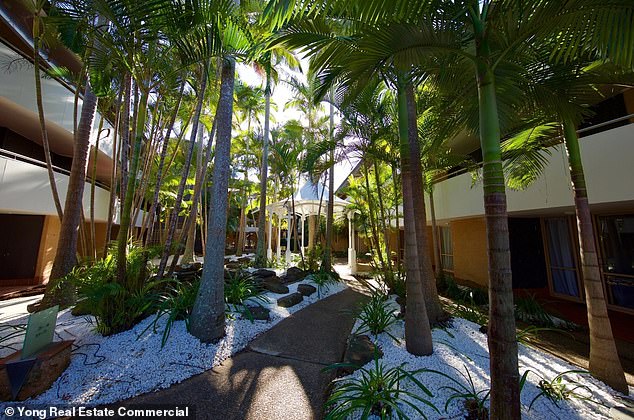 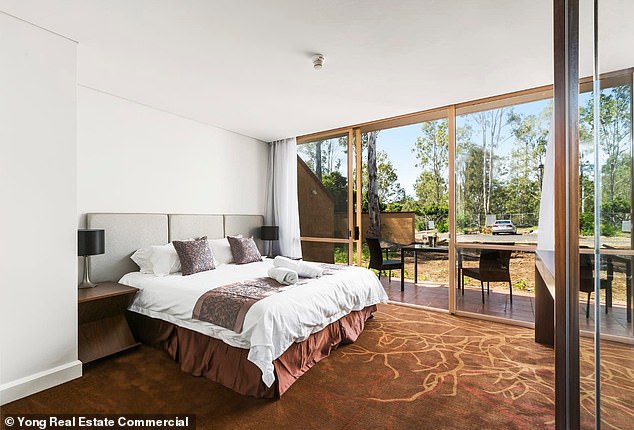 The property also comprises a 230-seat restaurant, a convention/wedding centre, a private airport which can also be used for ‘drag racing’, a mountain bike course, a vineyard, an international school and a caravan park.

Mysteriously, for the Gold Coast, it also includes a ‘half-finished snow ski lodge to be converted to eco-lodge or other uses’.

Olympic champion Cathy Freeman also attended the International School and trained at the property in the late 1980s.

‘I’m not desperate but I’m motivated and keen to sell,’ Huang told Daily Mail Australia. ‘I’m a real estate agent and haven’t run a resort before. It would suit someone with a hospitality background and who has good connections to the local tourism market.’ 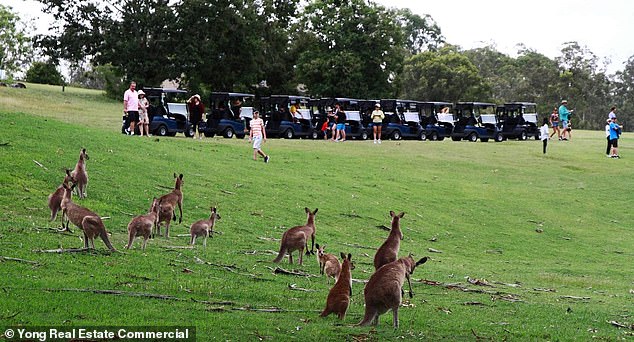 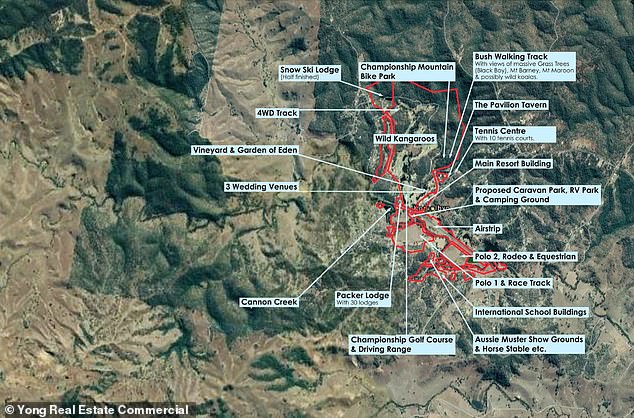 A map marked to show of the resort’s attractions, including the incomplete ‘snow ski lodge’

‘[There is] potential to acquire the neighbouring local shopping centre, local service station and airport hanger for an estimated $3.5m, so you will control the whole Kooralbyn CBD for far better future master planning of the whole area,’ said Huang.

‘I can create a deal if someone is interested in buying the assets around the resort as well,’ he told Daily Mail.

Huang acquired the property from receivers for $6.5 million in 2014 after it had been closed for eight years. He spent more than $10 million before reopening it in 2016, styling the resort as a ‘health and fitness eco-resort’.

The agent claimed he is relisting the resort after two cash offers had fallen through.

‘One still sitting on the buyer’s solicitor’s table for too long waiting for another director to sign, and another buyer has been shown the door after he tried to re-negotiate the mutually agreed price using the COVID as an excuse,’ wrote Huang. 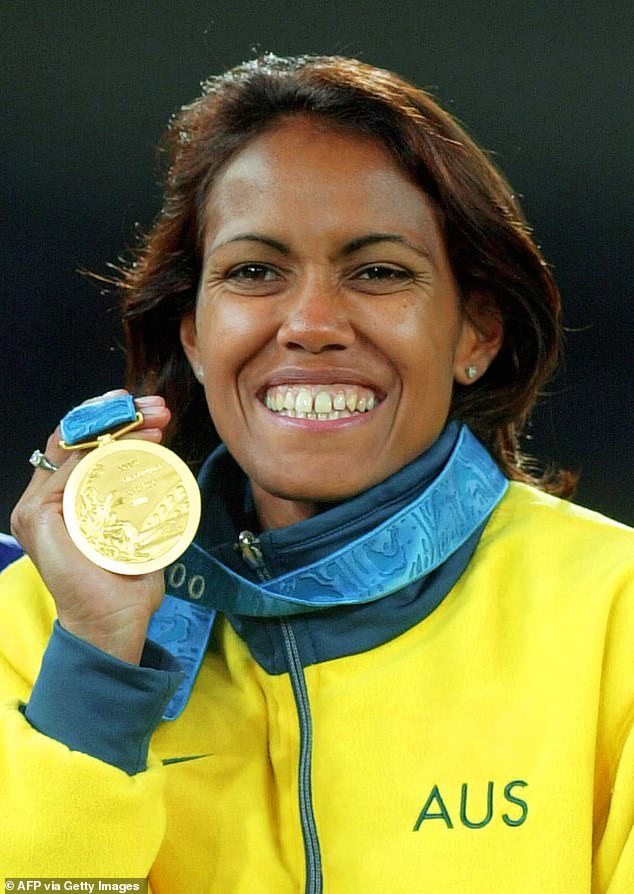 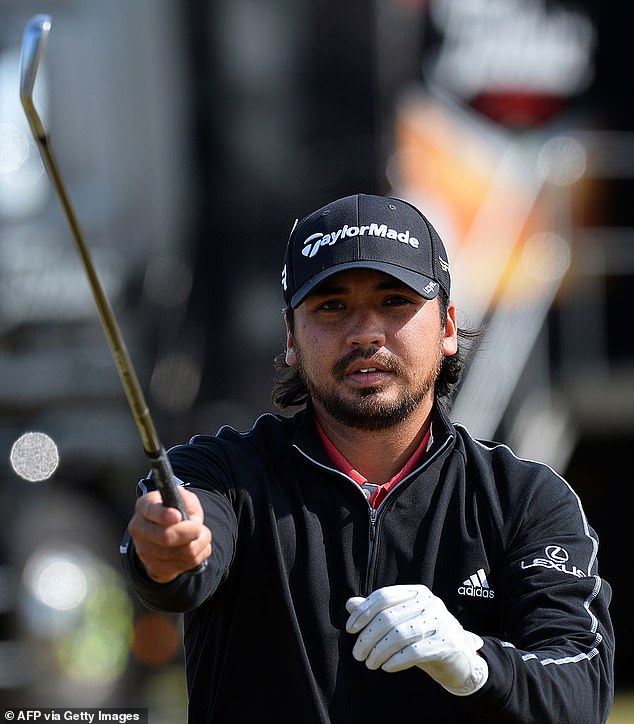 The property can also be subdivided, with a previous development application for a retirement village housing 1000 people having lapsed.

‘It would be a perfect paradise for people over 50 looking to retire,; said Huang. ‘Free from COVID, free from traffic, playing golf every day…’

Huang said he had received ‘lots of offers’ but was realistic about the price given the continued absence of international tourists as a result of the COVID-19 pandemic.