By Alex Lawson And Emma Dunkley, Financial Mail On Sunday


Four oligarchs have raked in more than $4billion (£3billion) in dividends from businesses listed on the London Stock Exchange since Russia annexed Crimea in 2014.

The vast sum raises fresh questions about the extent to which the UK’s capital and main financial hub has been enriching Russian billionaires.

Despite widespread international condemnation, Vladimir Putin last week stepped up his bloody war on Ukraine. His forces launched hundreds of missiles and unleashed heavy artillery on cities and other targets. 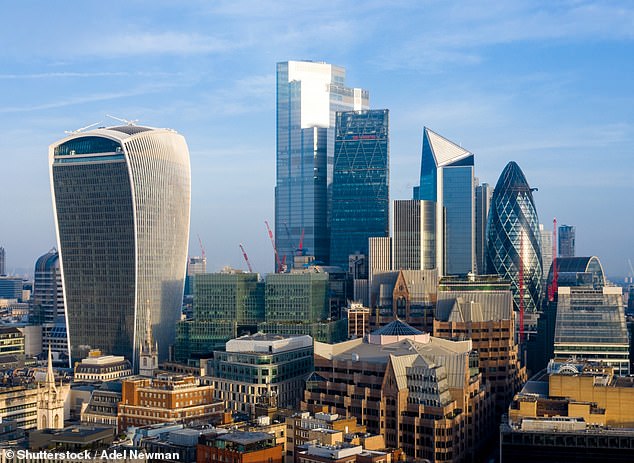 Huge dividends: The vast sum raises fresh questions about the extent to which the UK’s capital and main financial hub has been enriching Russian billionaires

The brutal assault has prompted calls for the UK to significantly raise sanctions on Russia’s billionaire elite after failing to act decisively eight years ago.

Last week, 35 stocks were suspended from trading on the London Stock Exchange as the West attempted to choke off Russia’s economy in response to the invasion of Ukraine.

But Evraz and Polymetal – the two biggest Russian stocks listed on the London market – were allowed to continue trading and just four days ago $423million in dividends was handed to Abramovich, Abramov and Frolov.

There have been calls to suspend Evraz and Polymetal alongside other Russian stocks.

Labour MP Siobhan McDonagh said: ‘The shareholders of Polymetal and Evraz have been drawing billions of pounds in dividends. They are treating London like a cash machine. London is meant to be the goldstandard of governance.’

Abramovich – Britain’s highest profile oligarch and Evraz’s largest shareholder – has put Chelsea Football Club up for sale amid a clamour to freeze his UK assets. Abramovich denies any link with Russia’s president.

Abramov is a former scientist who became an industrial magnate as chairman of Evraz, which listed in London in 2005. He has taken $1.39billion in dividends from the company since Russia invaded Crimea in eastern Ukraine.

Frolov is an entrepreneur who has run Evraz since 2007. He formerly worked at the Kurchatov Institute of Atomic Energy in Moscow. He has received $655million in dividends from Evraz since 2014.

Evraz and Polymetal have been among the FTSE100’s best performing stocks over the last two years thanks to a boom in the commodities market.

However, concerns over the fallout from Russia’s invasion of Ukraine have triggered a huge sell-off in their stocks. Evraz dived 90 per cent in the last two months and Polymetal has crashed 84 per cent. The plunge caused both firms to lose their places on the FTSE100.

Steel companies have not yet faced sanctions, but a string of other resources firms including BP and Shell have severed ties with Russia.

Abramovich, Abramov, Frolov and Nesis have not been sanctioned.

Nesis began his career in mining before he founded investment firm ICT. He owns a 268ft superyacht and has received more than $500million from silver and gold producer Polymetal.

BlackRock was last week forced into an embarrassing Uturn over its stake in Polymetal. The world’s biggest asset manager had spent £12million lifting its holding to 10.1 per cent – making it the second largest shareholder – just a day after Russian tanks invaded Ukraine. BlackRock later introduced a new policy suspending the purchase of Russian securities.

The Institute of Directors has said it is ‘no longer tenable’ for Brits to remain on Russian and Belarusian boards.

On Friday, James Rutherford resigned from the board of Evraz after just nine months. However, former Ford executive Stephen Odell and Sir Michael Peat remain on its board.

Peat has earned £1.9million from his role as a board director at Evraz since 2011 when he stepped down as Prince Charles’s private secretary. He is due to leave his role at Evraz at the end of the month.

Sir Douglas Flint, the former head of HSBC and chairman of City fund giant Abrdn, said: ‘If I was in a Russian company, I would be withdrawing as soon as I could.’