Chunky monkey being killed with kindness: Tank top-wearing ‘Godzilla’ kept at Thai market balloons due to shoppers giving him junk food – sparking comparisons to ‘Uncle Fatty’ who ‘ate himself to death’

By Charlotte Mitchell For Mailonline

An obese monkey kept at a Thai market has ballooned to a dangerous size after being thrown junk food by passersby.

The three-year-old primate, named Godzilla, has drawn comparisons with the late Uncle Fatty, a long-tailed macaque who is believed to have eaten himself to death.

Godzilla was seen earlier this month in the Min Buri district of Bangkok, where visitors crowded over the stall where the monkey sat and attempted to feed it.

In a video, the male monkey, which is tied to the stall, can be seen wearing a tight-fitting t-shirt.

Godzilla flops onto a cushion while a visitor rubs his back. The macaque then gnaws at a plastic water bottle before hurling it away. 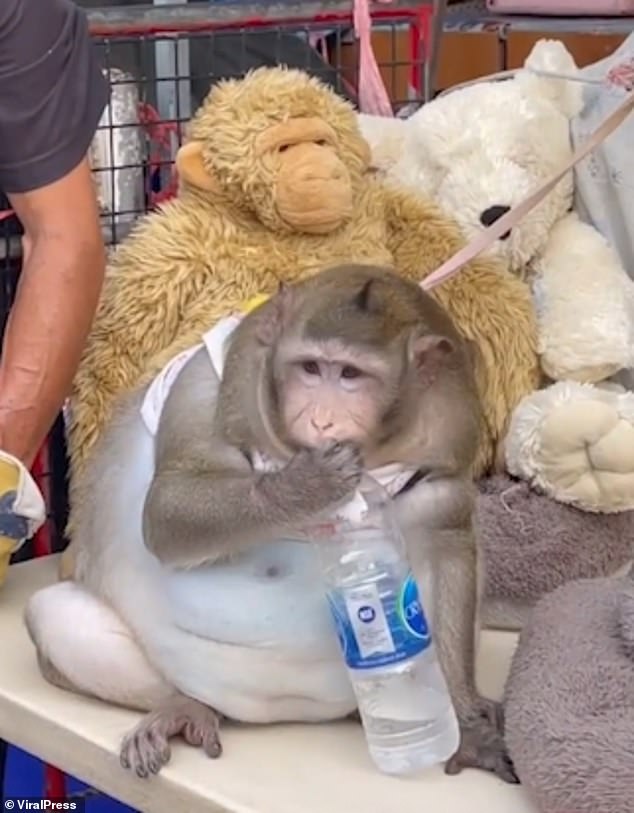 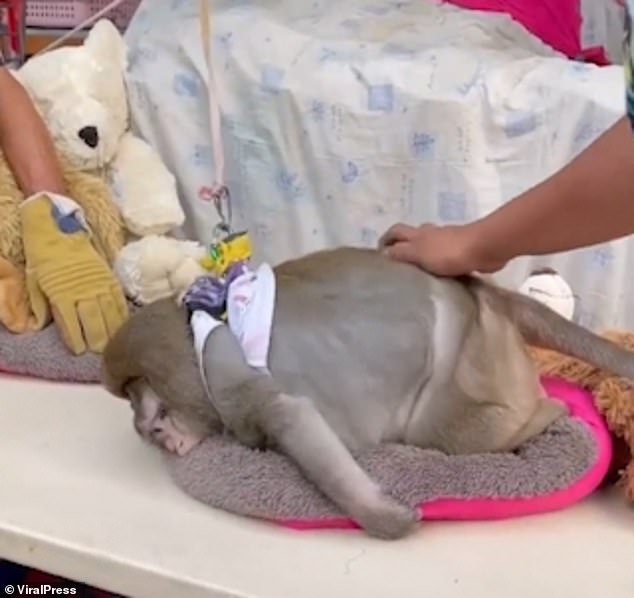 Shopkeeper Manop said she adopted Godzilla after he was abandoned by the stall’s previous owner.

She said she feeds the monkey and treats him well but has not been able to keep his weight under control.

‘The rescue team found Godzilla when he was very small. And since he grew up being fed by humans, he does not know how to find food on his own in the wild,’ Manop said.

Godzilla’s weight has now ballooned to more than 20kgs – almost as heavy as Uncle Fatty, who tipped the scales at 27kg and was believed to be between 10 and 15 years old.

Uncle Fatty was a wild monkey whose bulk increased after gorging on junk food from passersby in Thailand in 2017.

The primate was later sent to ‘fat camp’ but was last seen in June 2019 before going missing and is presumed dead. 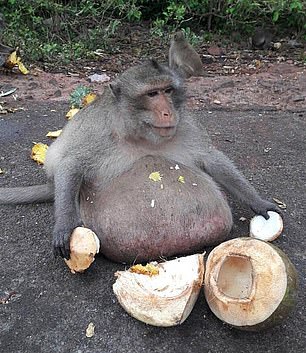 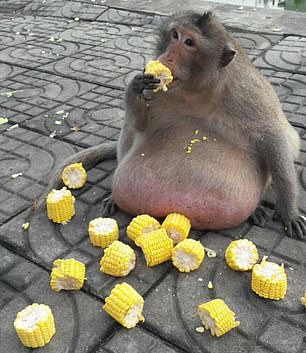 Godzilla, has drawn comparisons with the late Uncle Fatty (above), a long-tailed macaque who is believed to have eaten himself to death

Manop said Godzilla exercises every morning but still has not been able to shift the weight.

‘I bring Godzilla with me to the market where I can look after him. I don’t like him to be on his own because he gets stressed.

‘A lot of people give Godzilla food but he only eats from people he likes. He’s very fussy and can get angry if he doesn’t like the person.’ 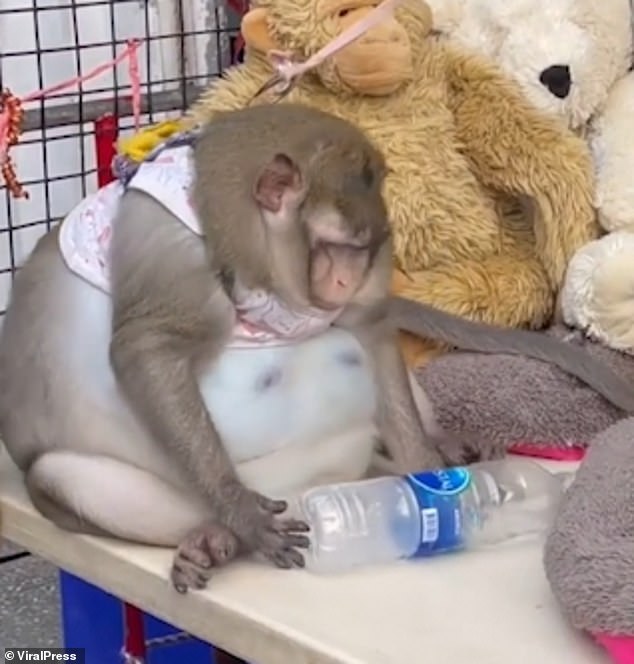 Thailand is home to hundreds of thousands of wild monkeys including gibbon, macaque, langur and loris, that roam free and are popular with tourists.

They often co-exist with human populations, and are known to steal food in order to survive.

However, they can also be an attraction for tourists and many have worked out that they are often happy to had over food.