Two women who own 27 show dogs between them evacuated their homes in the dead of night and camped at a cemetery after they realised their properties were in serious danger of flooding.

Yvonne Lauder and Donna Morris abandoned their homes at the back of Riverstone, in Sydney’s west, about 4am on Monday as floodwaters began encroaching on neighbouring properties.

The women, who live just a few doors down from each other, both explained that while the water has not yet breached their front doors, they wanted to ensure the animals were safe.

‘These dogs are the priority,’ Ms Morris said. 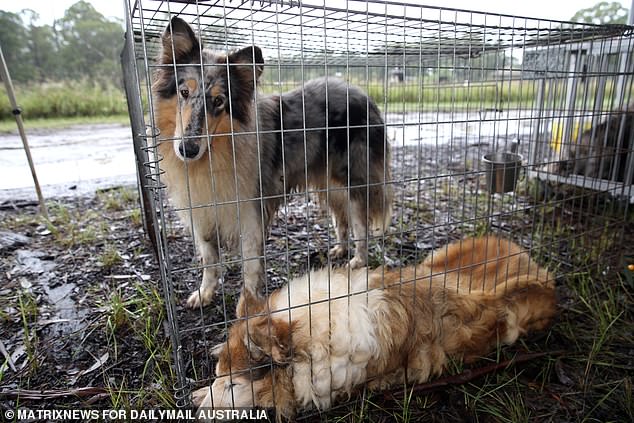 Yvonne Lauder and Donna Morris abandoned their homes at the back of Riverstone, in Sydney’s west, about 4am on Monday

She and her brother had set up a makeshift tent on a side road leading into Riverstone Cemetery and were waiting for a friend to pick them up and take them to an animal shelter.

The shelter had agreed to house Ms Morris’ 10 border collies and keeshonds, who were all waiting in muddy cages as she tried to shelter them from the wet weather.

Meanwhile Ms Lauder was trying to assess the risk of returning home and hoping to take her 17 beloved pets to a safer spot.

‘We came here just because we figured that it’s higher ground, we’re not in anybody’s way and we can watch the water levels,’ she explained. 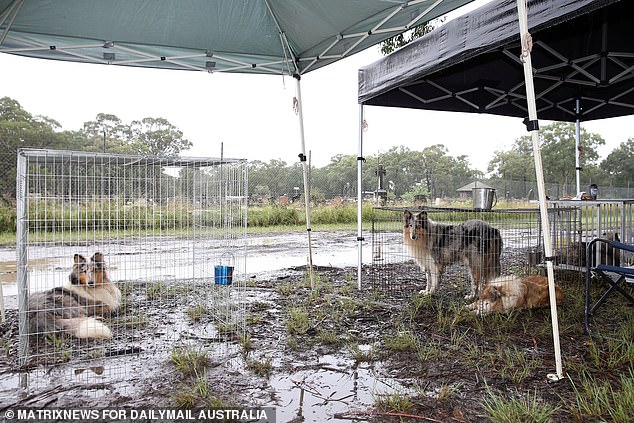 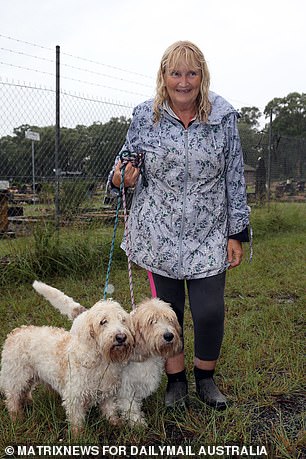 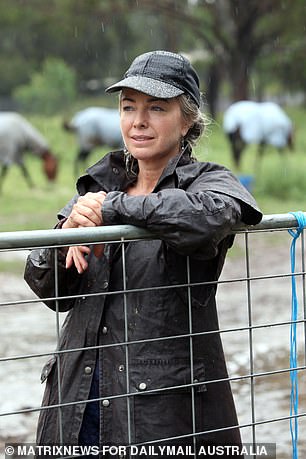 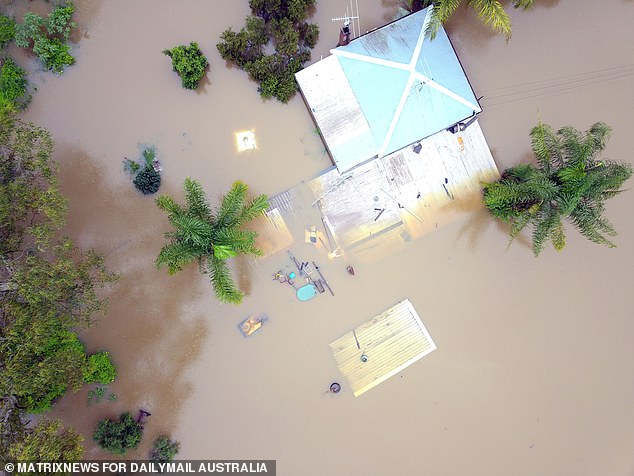 Several houses along Marsden Road are entirely submerged in water

She and her convoy stopped near the cemetery and have been standing in the pouring rain there ever since, trying to re evaluate the situation as water levels rise.

For her family, getting all 17 dogs out was her number one priority, and she’s hopeful the flood waters won’t reach the inside of her home.

Just in case, they’ve moved whatever they could onto the second level and into the roof, but they know that if the water does get in, they’re going to be significantly out of pocket financially.

Ms Lauder explained that most insurers ‘won’t come anywhere near’ the houses near the river, and the ones that will have exorbitant prices. 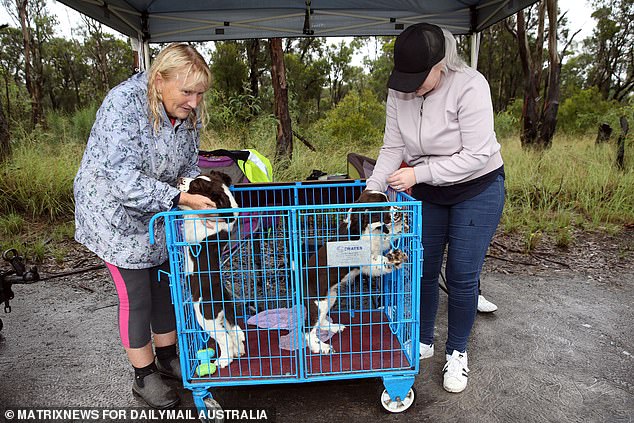 Ms Lauder explained that most insurers ‘won’t come anywhere near’ the houses near the river, and the ones that will have exorbitant prices 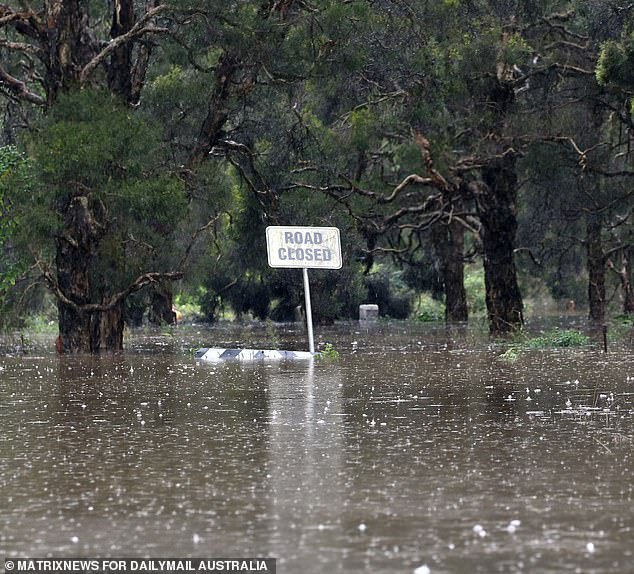 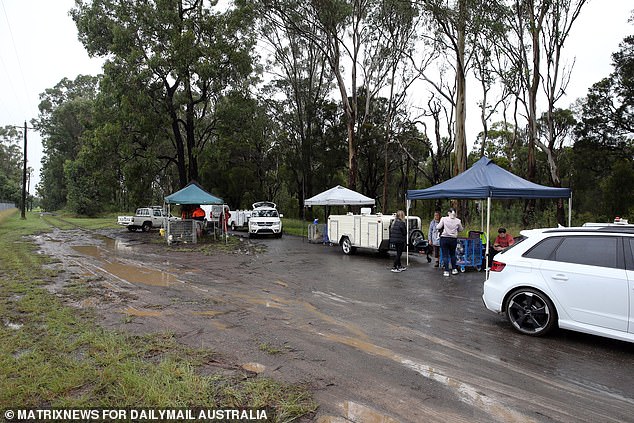 In the 25 years since Ms Lauder and her family have lived in the home, they’ve never once been made to evacuate due to flooding.

‘It’s a risk we take and a decision we have to accept now, no matter the outcome,’ she said.

Meanwhile back in the street, Bel Cone and her husband decided to stay put and monitor flood levels after sending their young children and one injured horse to stay with family on higher ground.

They have four other horses and four dogs on their property, and packed up their truck by early Monday afternoon, anticipating they would have to flee by nightfall.

Every hour, Ms Cone went to the back of her property to see how fast the water was rising and noted it had been pretty steady at about two metres every hour since Sunday. 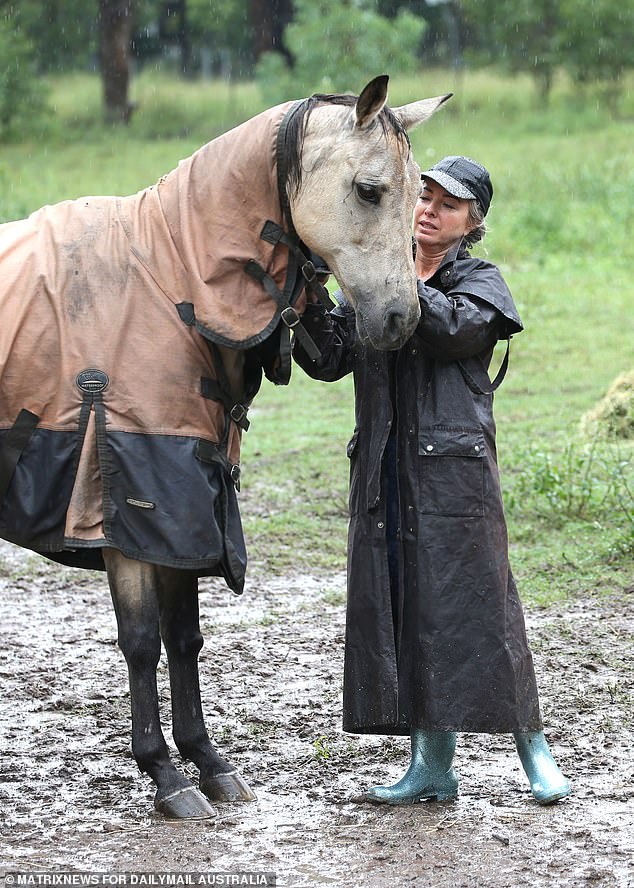 Bel Cone already moved one of her horses to safer ground because he was injured, but her other pets will stay with her at the property unless conditions deteriorate 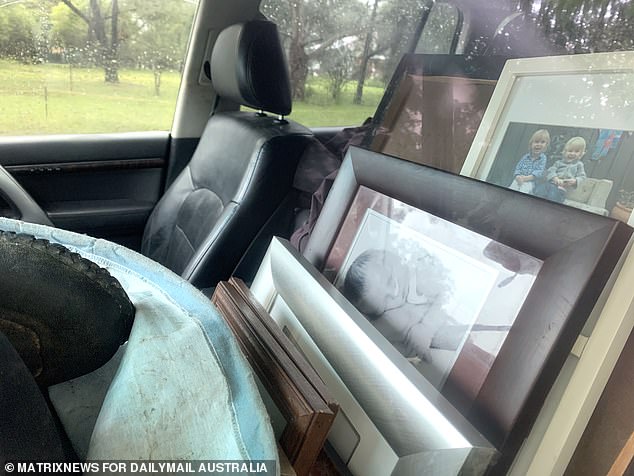 She and her husband have their car packed with all of their precious possessions, like baby photos 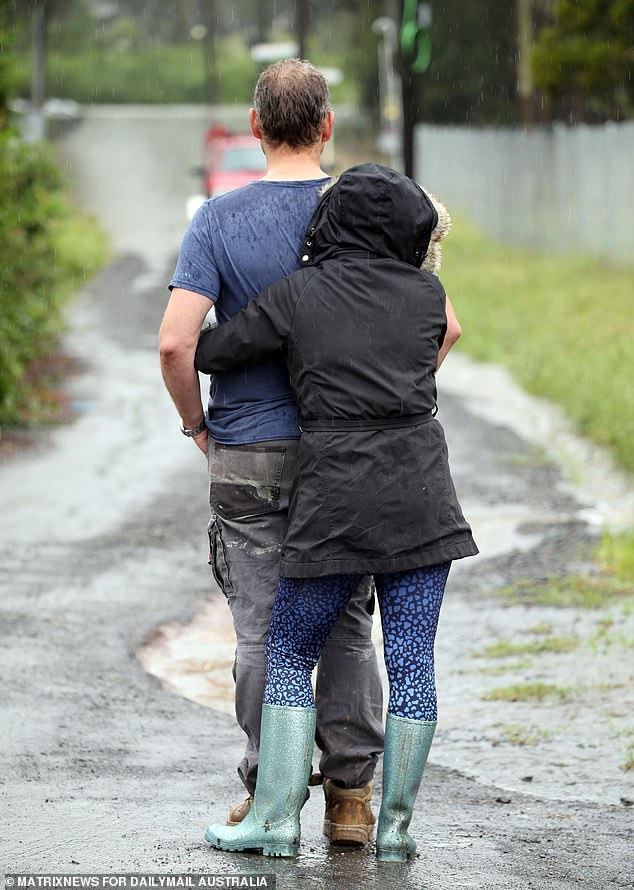 They assessed the road behind their property every hour to watch how quickly floodwaters were rising, noting they were rising by about two metres every hour

On the other side of the road from where the women live, houses are entirely submerged under water, destroying everything.

Dawn Henning and Mick Meyn arrived in their street after evacuating on Friday afternoon to discover the water had reached the roof of both of their homes.

Ms Henning has replaced the furniture in her home several times over and says this flood will be no different.

‘Unless you’ve been through a fire or a flood, you have no idea. It’s always easy to imagine what you would or wouldn’t do but you really don’t know until you live through it.

‘We’re like a family down here. We’ll stick together and we’ll get through this, just like we have before.’ 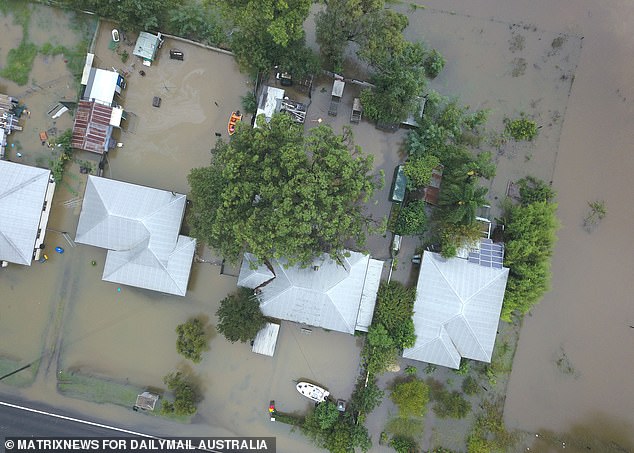 Several houses along Marsden Road are entirely submerged, while the water creeps closer to houses on the other side of the road 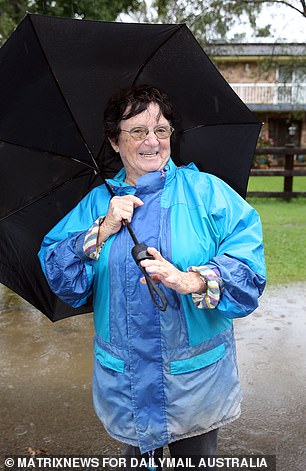 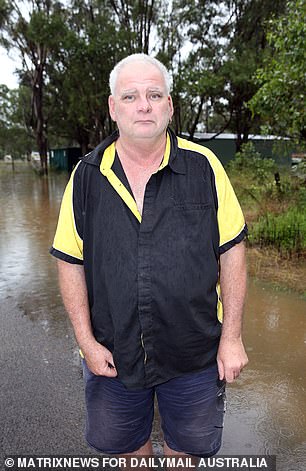 Dawn Henning (left) is doing her best to keep her neighbours, like Mick Meyn (right) in high spirits as they all lose their homes