Read the Barefoot Investor’s scathing spray about the Australian floods crisis – and how the system has let EVERYONE down: ‘Who the hell can afford that?’


A bestselling financial author has slammed the insurance system as thousands of residents who have been hit hard by the recent flood crisis cop another cruel blow.

The massive clean up continues in Lismore, Ballina and surrounding areas in far northern NSW, a week after floods cut off towns for days and left behind a trail of destruction.

The region’s worst flood disaster in a decade destroyed the homes, businesses and livelihoods of thousands of shattered residents forced to rebuild.

The Barefoot Investor, aka author and financial advisor Scott Pape, was shocked to find out the hefty price of insurance in the flood-ravaged region. 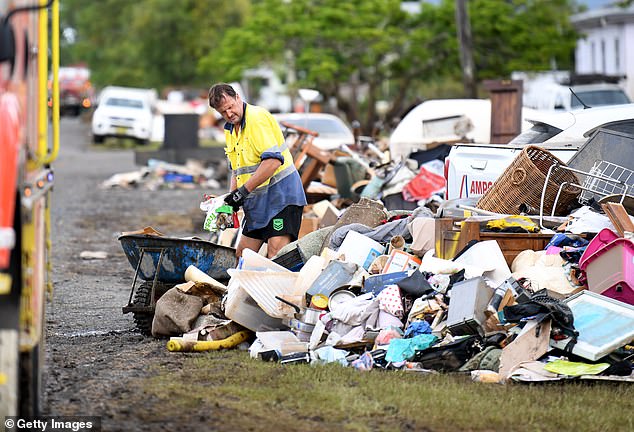 The mammoth clean up effort  from last week’s flood continued in northern NSW on Monday. Pictured are damaged household belongings and debris in Coraki near Lismore

It follows a harrowing conversation Pape had with a financial counsellor colleague who works in Lismore, the heart of the flood-devastated region.

Kimbah described the latest crisis ‘a catastrophe of biblical proportions’ and revealed it costs $28,000 a year for insurance in flood-prone Lismore.

‘Who the hell can afford that?’ she tearfully told Pape.

He said affected residents have every right to be angry and let down by the system.

‘All too often it’s the most vulnerable people in our communities that become the collateral damage of these ‘once-in-a-hundred-year natural disasters’ … that seem to come around every few years,’ Pape wrote in his weekly column.

About 2,000 of the 3,500 homes assessed in Northern Rivers so far have been deemed as no longer livable.

Pape said flood victims are different to those ravaged by bushfires and must anxiously wait for days before they can see the full extent of damage caused by rising floodwaters. 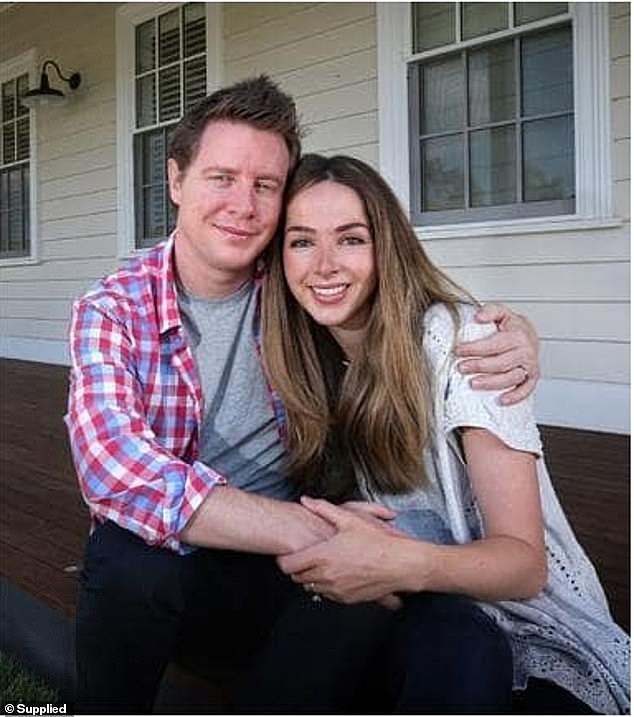 ‘The water doesn’t quickly recede. It just sits there and ruins everything you own, covering everything you hold dear with rot and faeces,’ Pape said.

‘There is no quick escape. Most people are trapped, and isolated, and hungry, and traumatised.’

Pape’s scathing attack comes on a day when NSW Premier Dominic Perrottet apologised to residents whose homes and businesses were destroyed while visiting Lismore on Monday.

‘I’m very sorry … but we’re doing everything that we can,’ Mr Perrottet told the Nine Network. 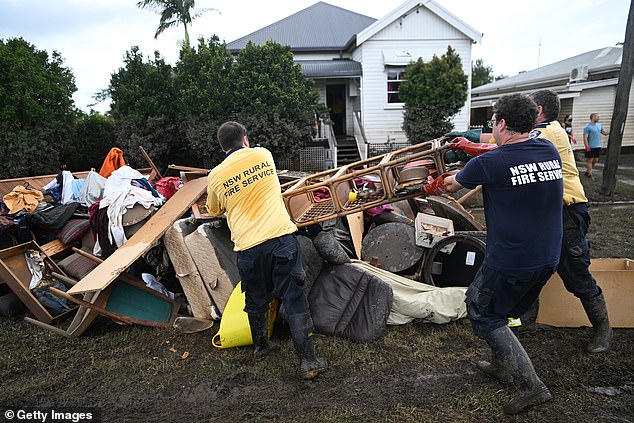 Many Lismore residents can’t afford the $28,000 a year for insurance  to live in the flood-prone region (pictured, flood-damaged household belongings in Coraki on Monday)

‘Some of those areas will look back at this and say it could have been done better but … we’re doing absolutely everything we can to provide care and support for those who need it to get those essential supplies in.’

The apology comes as Australian Defence Force defended its rescue efforts, which have been slammed by affected communities.

‘I am very sorry for all of those people who have felt that they haven’t been supported. I empathise completely with their plight,’ he told reporters in Sydney.

‘The scale of devastation is extraordinary. It is something that is very sobering for all of us to look at.’

Residents financially impacted by the floods are urged to call the National Debt Helpline on 1800 007 007. 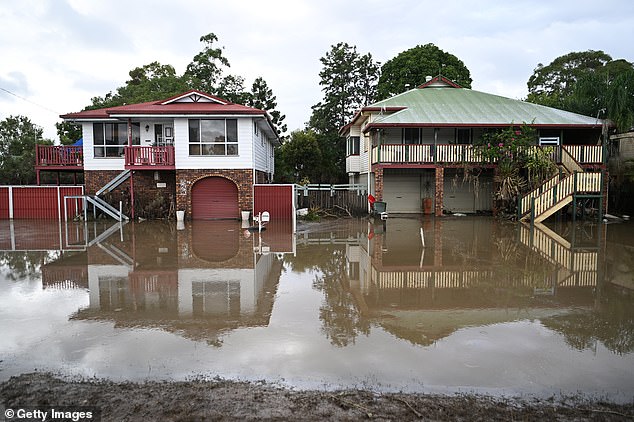