Legendary South Sydney Rabbitohs’ mascot Reggie the Rabbit has spoken for the first time since he was roughed up after a match against the Bulldogs.

The mascot was interacting with fans after the traditional Good Friday clash at Stadium Australia when he was subjected to abuse from a group of fans.

The beloved mascot said the actions of the ‘cowards’ would not stop him from continuing to entertain the fans.

‘I will still keep on going,’ he told 2GB’s Ben Fordham.

‘They’re only cowards… and they go there to upset little girls and little boys and fans.’

‘I’m filthy about this because poor old Reggie is there trying to do his job and entertain the fans and a group of heartless cowards are terrorising him,’ Fordham replied.

In footage obtained by Nine, the mascot was seen waving to fans before reaching a group of six fans who surrounded him and started shoving him backwards. 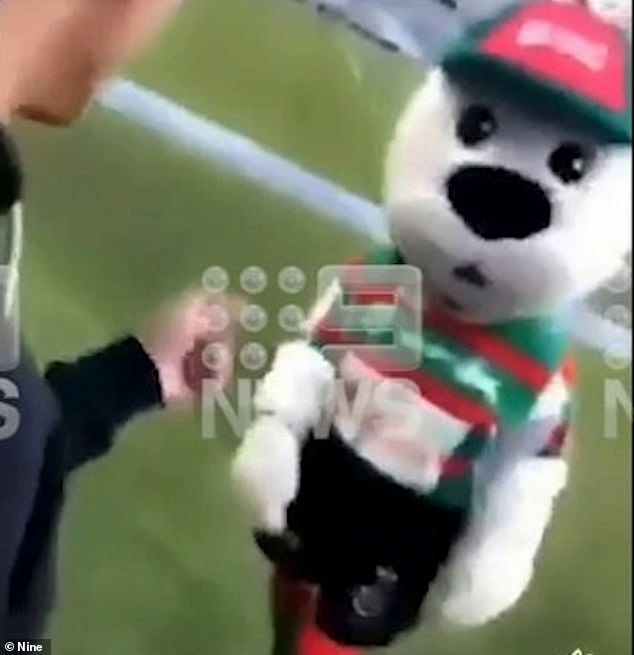 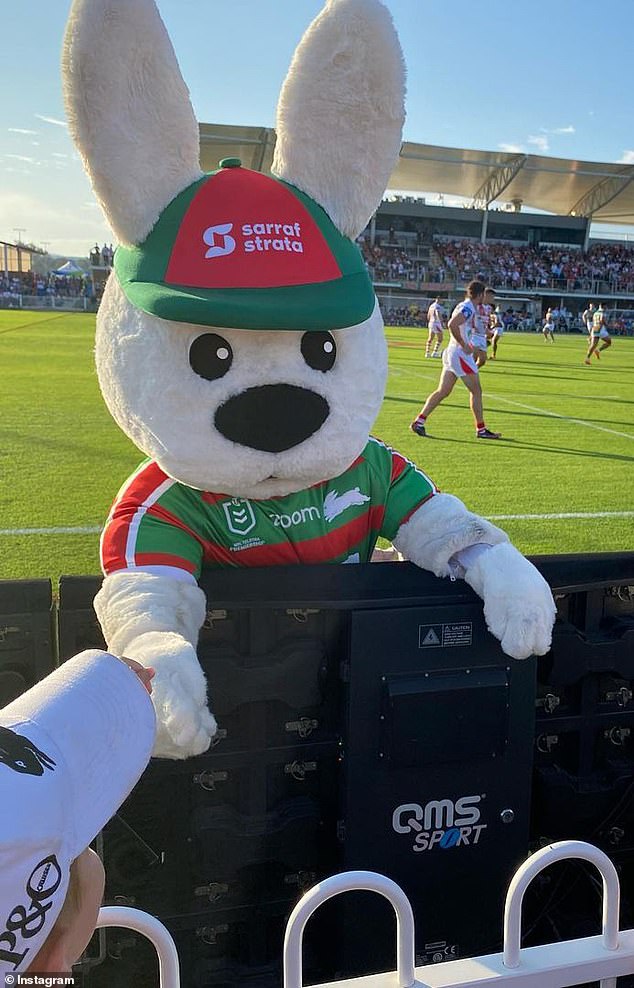 Reggie said he was only trying to entertain the fans after the game when he ran into the troublemakers.

‘I only try make the little kids, the families and the fans happy when I’m on the field,’ he said.

‘You don’t need that kind of behaviour.

Reggie said he would have dealt with the situation differently had he not been in the suit.

‘If I wasn’t in the suit I’d bowl them up, I’m a tough little guy and I’m not afraid of anyone.’

NRL and Stadium Australia were investigating the incident, although it was unclear what action would be taken if the culprits are identified. 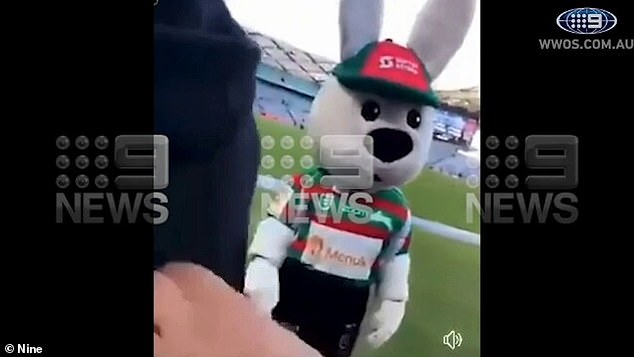