By Chris Pleasance for MailOnline

Norwegian ski jumping champion Daniel-Andre Tande has been rushed to hospital via helicopter after a horror fall at the Ski Jumping World Cup in Slovenia.

The 27-year-old, who won gold at the 2018 Winter Olympics, was taking part in the individual big hill jump competition in Ljubljana on Thursday when he lost control.

Terrifying video shows Tande twisting in the air and losing one of his skis before hitting the slope on his side, then bouncing and rolling hundreds of feet downhill.

Norwegian team officials said Tande was placed into a medically-induced coma before being flown to a hospital in the Slovenian capital via helicopter to be treated. 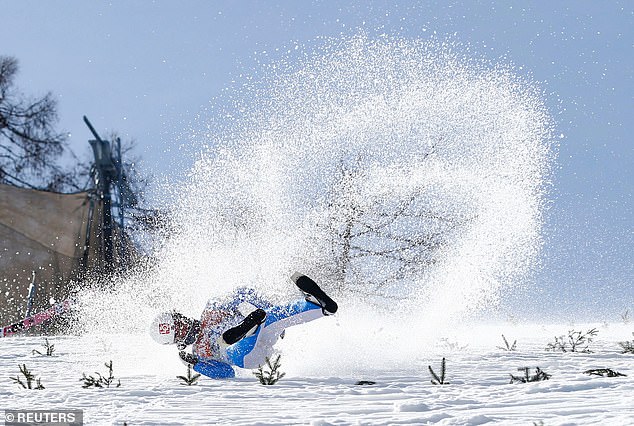 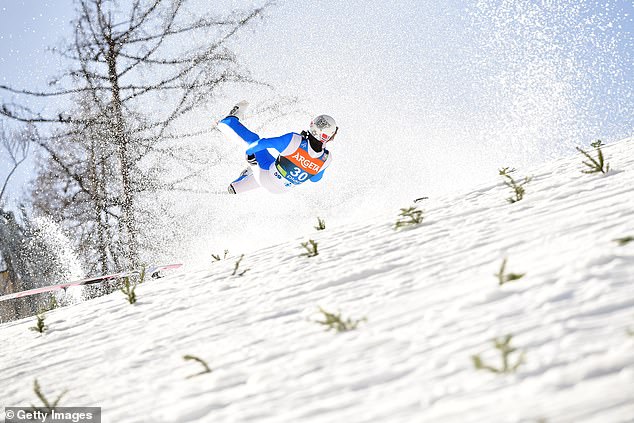 The 27-year-old lost control in the air, turned on his side, hit the slope hard and then bounced and rolled for several hundred feet downhill 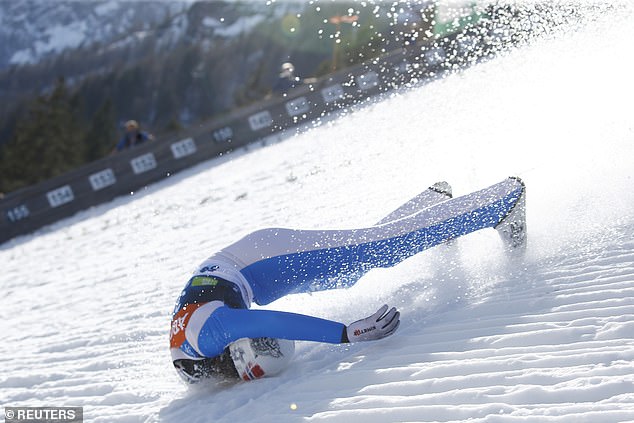 Tande, who won gold at the 2018 Winter Olympics, had to be placed into a medically induced coma after the accident and flown to hospital in a helicopter

Medics said he was treated for almost 30 minutes on the slope and given oxygen before boarding the helicopter.

Team bosses later said he had suffered a broken collarbone and would be kept in a coma for 24 hours while his condition is assessed, but added that his injuries do not appear to be life-threatening.

Dr Tomislav Mirkovic, who treated Tande at the hospital, said on Thursday that preliminary tests were ‘very positive’ and will be repeated in 24 hours.

More results were expected on Friday afternoon, he said.

Team leader Clas Brede Brathen said: ‘We are extremely grateful for the high professional first aid and medical care after the fall.

‘The fall looked dramatic and we are relieved after the first diagnosis that Daniel’s injuries are not life threatening.’

Tande helped Norway claim gold in the men’s team event at the 2018 Winter Olympics in Pyeongchang. 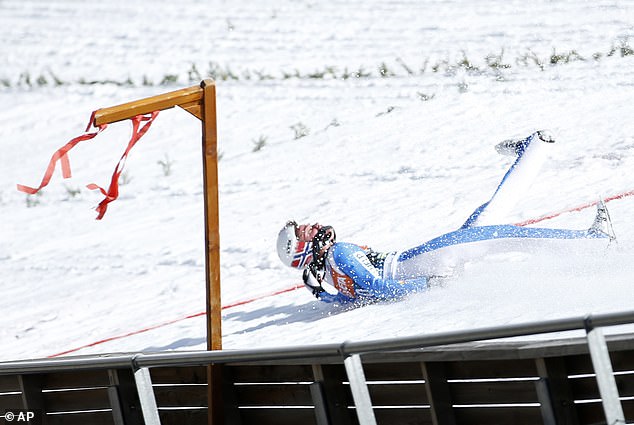 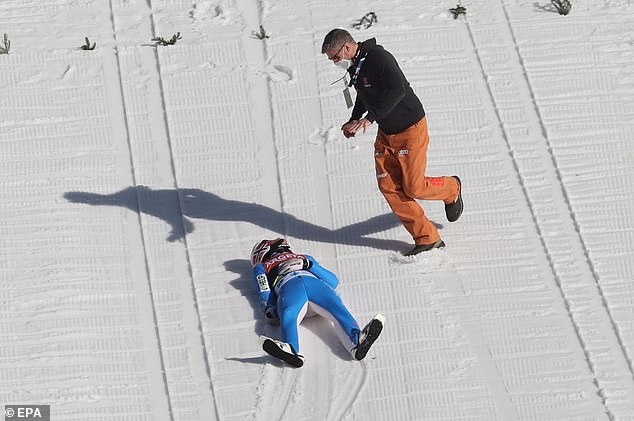 Tande remains in a medically induced coma in hospital where he is being monitored, with more tests due to be carried out today 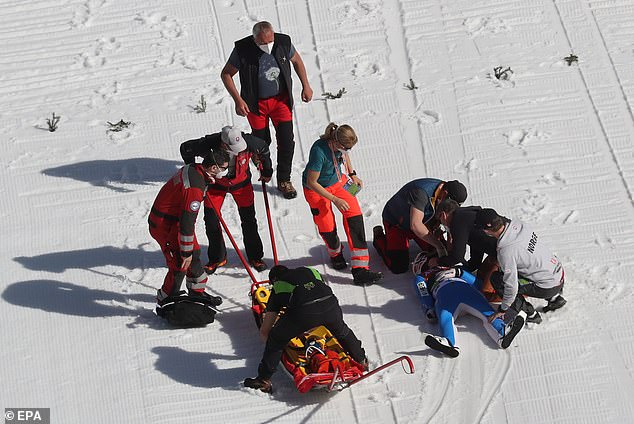 The fall came during the individual section of the Ski Jumping World Cup, taking place this year near the Slovenia’s capital of Ljubljana 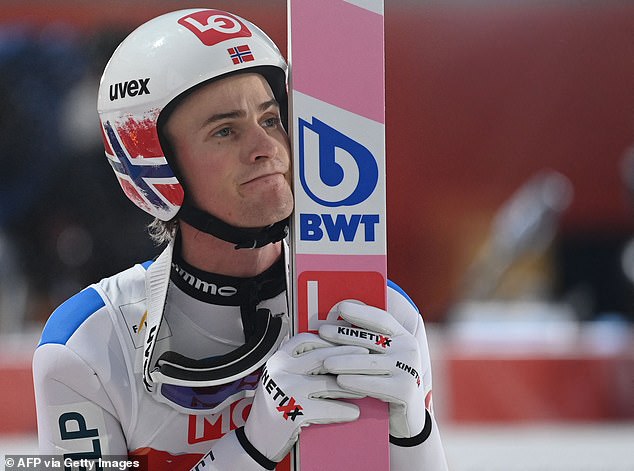