Net Zero is net stupid. By taking Britain down its ruinous path, the political class in Westminster has made a decision on behalf of the rest of us without any public debate being held, saddling taxpayers with a debt that few politicians are brave enough to quantify publicly and even fewer economists are clever enough to forecast accurately.

It is a scandal of epic proportions and it must be challenged. That is why we are launching a campaign today for a referendum on the Net Zero delusion, under the banner of Britain Means Business.

The origins of the Net Zero delusion can be found in the dying days of Theresa May’s time in Downing Street in June 2019.

Desperately in search of a prime ministerial legacy, Mrs May pushed for an amendment to the Climate Change Act which would enshrine in law a commitment for Britain to reach Net Zero carbon emissions by 2050, making the UK the first G7 economy to advocate this. 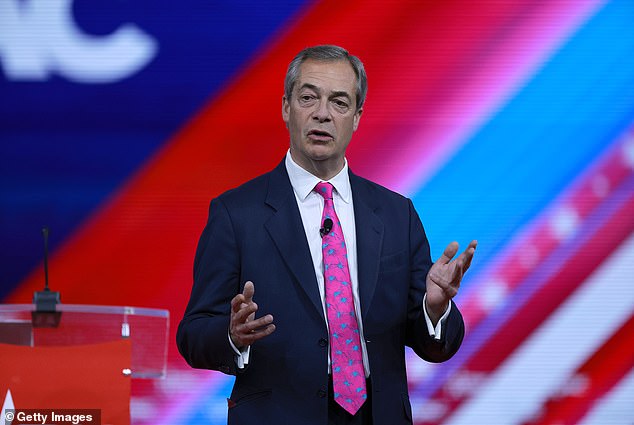 Even though many knew it was ill-thought-through, it has become an article of faith among most MPs, with the mainstream media following obediently behind NIGEL FARAGE writes

Even though many privately knew it was an ill-thought-through aim, it has since become an article of faith among most MPs, with the mainstream media following obediently behind. The same high-minded principles that pertained to Britain’s membership of the EU apply to Net Zero.

What will Net Zero cost? Former Chancellor Philip Hammond is one prominent player who has been prepared to put a number on this crazy scheme. He has said it could hit £1 trillion.

For this reason alone the time has come for a public debate and plebiscite on this act of appalling self-harm.

If we are not careful, the only zero will be the amount in people’s bank accounts as we send our jobs and money overseas.

Aside from the cost, the conflict in Ukraine is the sharpest reminder of how little consideration has gone into the Net Zero policy.

Consider this. There are vast reserves of shale gas in Lancashire and Yorkshire, yet, even with the world in such a fragile state, the Government prefers to import natural gas instead. Indeed, there are two shipments from Russia docking at a Kent Port this weekend. Yet importing gas in tankers creates substantially more CO2. 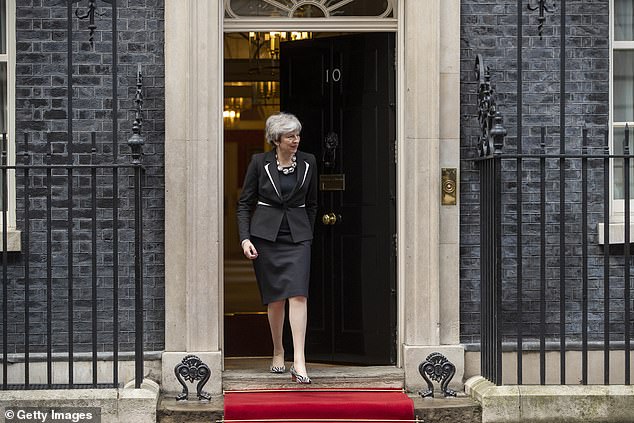 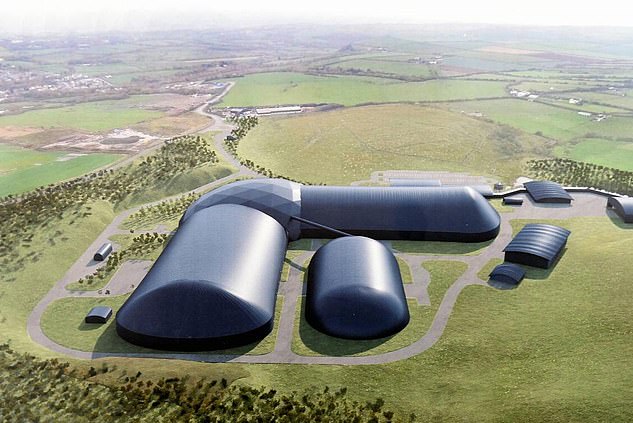 It is far more environmentally friendly to use our own shale gas. This shale treasure under our feet is owned by us all, with a value of trillions of pounds. We can slash our energy bills and create a sovereign wealth fund for future generations. Not using our shale gas amounts to gross negligence. Let’s be a world leader in the new technologies in order to extract it.

The same applies to coking coal, on which the steel industry relies.

Britain’s last deep coal mine closed in 2015, yet for as long as our steel industry survives, coal is needed. Guess how we get it? Britain buys in millions of tons of coal each year that is mined overseas.

It is for this reason that it seems crazy not to open the proposed (but so far not commissioned) Woodhouse Colliery in Cumbria. It would provide what is needed.

Under the Net Zero delusion, this will never happen.

Much the same can be said for our offshore oil industry. Recent major North Sea projects such as the undeveloped Cambo oil field have been shelved, so hostile are London and Edinburgh to the existence of this energy resource.

The Net Zero crowd are happy to outsource our energy production as they seek to turn Britain into the ‘Saudi Arabia of wind’, in Boris Johnson’s words. Yet it is clear that those espousing these ideas appear not to have given serious thought to where they are taking us. The more we rely on wind energy, the more gas we need to use when the wind doesn’t blow.

If we carry on, we will end up like Germany: entirely dependent on other regimes to keep the lights on. 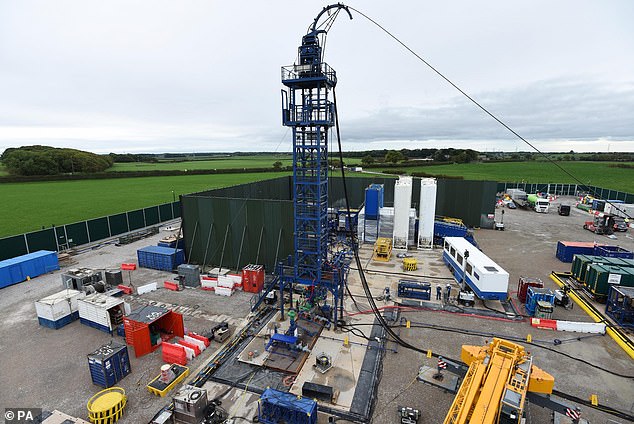 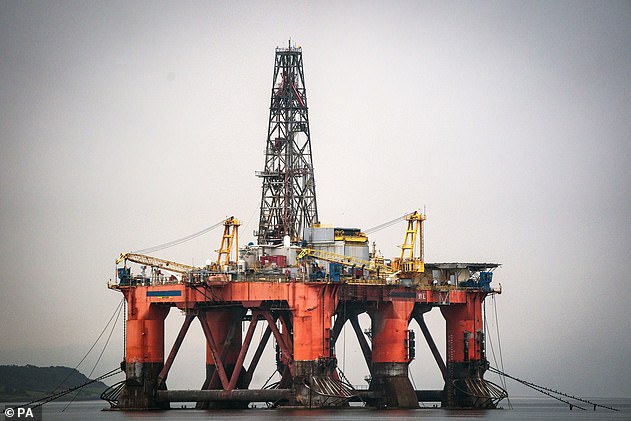 By using shale gas, we can slash our energy bills and create a sovereign wealth fund for future generations he says

The Britain Means Business campaign recognises that as energy bills rocket to £2,000 per household, and possibly beyond, we are exposed. Warnings are mounting about supply concerns –the UK must become energy self-sufficient.

Not only is this achievable with Britain’s own resources, it will provide tens of thousands of well-paid jobs in the North of England. That really would be ‘levelling up’.

Our campaign slogan is ‘Vote power, not poverty’, and we believe that many millions of people will rally to this cry.

The impact of expensive energy is not just felt on household bills.

For years, our manufacturers, refiners, chemical producers and heavy engineers have been punished too. Without any debate, our energy bills have been loaded with green subsidies. Our businesses have been disadvantaged, yet our leaders seem happy to outsource industrial production just as long as they can say it reduces Britain’s CO2 emissions.

Of course, the upshot of their insistence in being seen to be ‘green’ is that goods – such as steel – are produced in countries like India, where lower environmental standards are accepted. These goods are then shipped back to the UK. This may keep the privileged rich happy. It may also keep Downing Street happy. But the perverse irony is that, ultimately, it leads to higher global CO2 levels.

We will campaign for the five per cent VAT on energy bills to be removed. Green subsidies are shovelled straight into the bank accounts of rich landowners, wealthy investors and foreign-owned conglomerates who own much of the renewable energy sector. This is sheer madness. It is also morally indefensible, as it costs jobs and makes ordinary people poorer. Removing the VAT penalty was a fundamental Brexit promise and its continuance is outrageous at a time when energy bills are soaring. 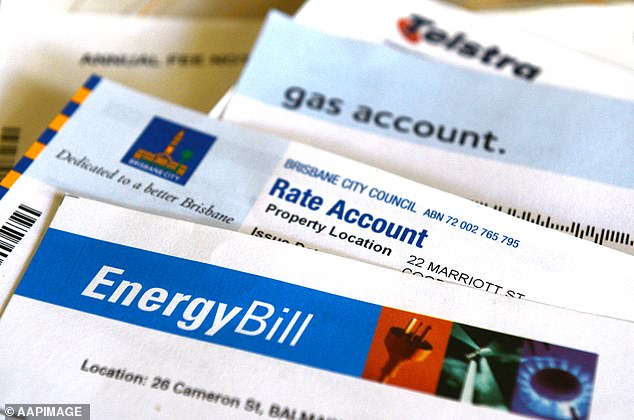 The Britain Means Business campaign recognises that as energy bills rocket to £2,000 per household, and possibly beyond, we are exposed NIGEL FARAGE claims

The Government’s ludicrous green energy plans have been exposed in recent days by the House of Commons Public Accounts Committee as uncosted. This is a truth that Net Zero fanatics would rather keep quiet. They are hell-bent on changing the way we live, forcing motorists to drive electric cars and buy heat pumps.

Yet the fact is, many – perhaps most – people cannot afford these products. They represent an idealistic dream that bears no relation to the hard realities of life for the majority.

And since Britain produces just one per cent of global CO2, while China builds scores of coal power stations every year, why on earth are British taxpayers being penalised in this way? Only a public debate can settle this question.

During the past decade, the people forced the political class to allow us a Brexit vote. The same needs to happen again in relation to Net Zero. Citizens of a free country deserve a free choice.

Britain Means Business will hold its first public event in Bolton on Saturday, March 26. Other events in other parts of the country will follow.

This is a cross-party campaign. It will have considerable support from business.

To truly succeed, though, we will need to hear from the public. We intend to provide people with the means to make their voices heard in this most vital debate.

Be in no doubt, this argument matters to every man, woman and child in Britain. It is not fair that under Net Zero the elderly will die colder, poorer and sooner.

It is not fair that the young will be burdened with higher costs, fewer jobs and less money.

Common sense must be allowed to prevail.