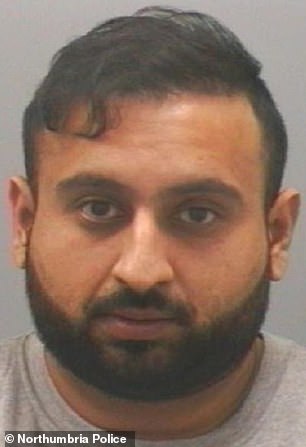 Mohammed Youssaf, 33, pictured, was jailed for two-and-a-half years and banned from road for a further three years after he was convicted of causing death by dangerous driving at Newcastle Crown Court

They spoke out after seeing the man who mowed down and killed the 18-year-old student and left her dying in the road jailed for just two-and-a-half years.

First year Newcastle University psychology student Emma was crossing a road in Fenham, Newcastle, when Mohammed Youssaf, 33, came speeding along, not looking at the road.

He ploughed into Emma, sending her flying high through the air and causing fatal injuries.

The court heard he had been using his mobile phone illegally on his way home from work but there was no evidence he was using it at the point he hit Emma, although he was not looking at the road.

The judge – who had to follow sentencing guidelines laid down by Parliament – imposed a sentence which means he is likely to serve no more than 15 months in prison for killing the student.

Speaking on behalf of the family, Emma’s father, Martin, said: ‘I now become another parent begging the judicial system to recognise the severity of life being taken away because a driver chose to speed.

‘My daughter has no choices now, no life to fulfil, no potential to reach, and no breath.

‘We need to send a strong message to government bodies to amend the legislation that governs sentencing for perpetrators of hit-and-run crimes because it is not adequate.

‘I am another parent, tomorrow there will be another and another the day after.

‘There remains no deterrent for those who choose to speed and kill another person and families continue to be destroyed. 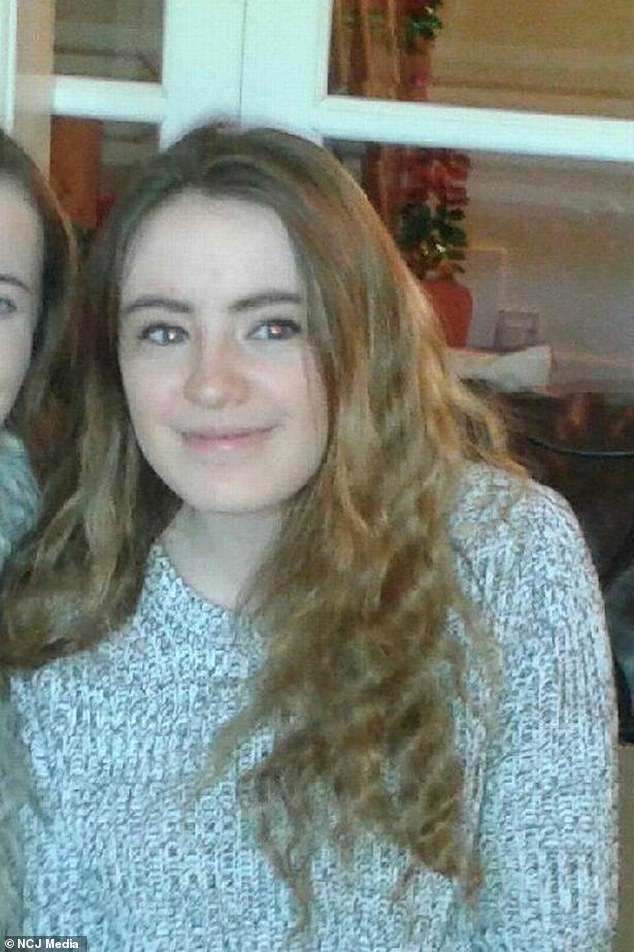 Emma Guilbert, a first year student at Newcastle University was struck and killed as she crossed the road in November 2018

‘There must be a mandatory prison term given to anyone who is involved in a road traffic accident that leaves the scene deliberately and leaves someone to die whose death they have caused through their choice.’

Youssaf, 33, was doing at least 40mph on 30mph Wingrove Road when he drove into Emma as she crossed in November 2018.

Emma was listening to Spotify, the green man was not showing and she didn’t appear to look to her right before crossing in shocking footage of the impact.

The force of the collision was so great that Emma’s lifeless body came to rest more than 120 feet down the road in a bus-stop.

But Youssaf did not stop at the scene and instead fled the area in his mother’s Peugeot 307 – leaving Emma to die.

Witnesses immediately attended to the teenager and called an ambulance.

She was taken to hospital but doctors were unable to save her life and she was pronounced dead three days later. 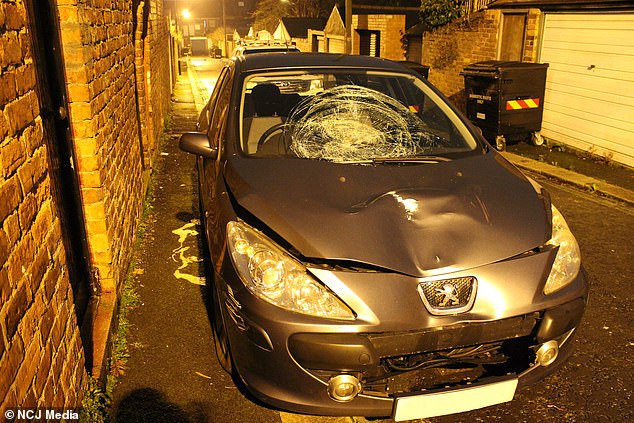 Youssaf fled the scene and abandoned the badly-damaged car, pictured, in an alley. He later tried to change his clothes. He later handed himself into police after realising the incident had been captured on CCTV

Youssaf later handed himself after becoming aware what he had done had been captured on CCTV.

He claimed that he had tried to ring 999 three times but the call failed to connect.

Police found the 999 calls had been incorrectly dialled before being manually deleted from the phone.

He had tried to avoid detection, doing various acts including changing his top and parking the damaged car down a back alley.

Youssaf, of Fenham, admitted death by careless driving but jurors found him guilty of the more serious charge of causing death by dangerous driving.

‘From the day Emma was born she lit up our lives and those around her.

‘She was so caring, full of kindness, considerate in her thoughts and actions, intelligent, fun, witty – as parents we could go on, for she had so many gifts and talents.

‘Emma went off to Newcastle University in September 2018 a bright intelligent young woman, full of anticipation and excitement about the new chapter in her life’s journey.

‘She had the world at her feet. 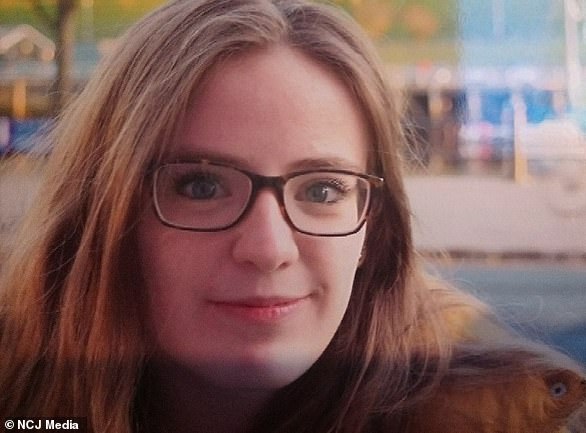 Emma’s parents paid tribute to their late daughter: ‘She was so caring, full of kindness, considerate in her thoughts and actions, intelligent, fun, witty – as parents we could go on, for she had so many gifts and talents’

‘The day Emma was killed is etched in our family’s life forever. The day her life ended was the day our family’s life changed forever in the most harrowing, tragic, inconceivably inhumane way – because someone took her life, decided to speed in a car, hit our daughter violently and then sped away.

‘We now have a family that is broken and can never be mended, because Emma is dead.

‘The light that illuminated our lives has gone and with it that precious light has gone too from our lives.

‘My life is now about surviving and functioning because it is not just Emma’s potential that is lost, but that of the whole family.

‘But within our pain we want to reach out to those who cared for Emma in those final hours after she had been left for dead in the street.

‘Thank you to the wonderful lady who stopped to do all she could to give Emma comfort as she lay dying; the ambulance paramedics who attended giving Emma the chance of surviving.

‘Thank you to the staff in the intensive care unit, at Newcastle Royal Victoria Infirmary who were the last to care for her in this life.

‘Thank you to those who witnessed what had happened, to those who were not callously in hiding but who provided evidence to the police to bring us to where we are today.

Following the sentence, Inspector Ian Cutty, of Northumbria Police, said: ‘This is a horrendous case that has robbed a family of a loving young woman who had just taken her first steps into adulthood.

‘Emma was starting an exciting new life in Newcastle but just weeks after her arrival she was mowed down by Mohammed Youssef and left to die alone in the middle of the road.

‘His driving that night was appalling, he was driving so fast that Emma was flung more than 36 metres down the road by the force of his impact.

‘But what made his actions so deplorable was the fact that he did not even bother to rush to her aid, instead fleeing the scene in a desperate attempt to avoid justice.’

The court heard Youssaf claim he was remorseful and traumatised by what he did.

However, in the immediate aftermath of the incident, he fled the scene and attempted to cover up his tracks.

Newcastle Crown Court heard he changed his top, parked his damaged car in a back alley and deleted things from his phone.

He later handed himself into police after becoming aware the incident had been captured on CCTV.

As well as the 30 month prison sentence, Youssaf will be banned from driving for three years after he is released.