New Jersey man, 31, is found guilty of breaking into a family’s home, torturing everyone there and murdering two children and a college student, because he was angry over a Facebook post


A New Jersey man has been convicted for the 2016 murder of two children and a college student after he broke into a house, tortured and stabbed them to death because he was angry over a Facebook post, prosecutors announced Saturday.

Jeremy Arrington, 31, was found guilty on a number of charges related to the Newark home invasion, where authorities said he tortured six people, killing three of them – two of which were children – and stabbing the three others, according to the Essex County prosecutor.

McBorroughs was a college student who had been visiting the family at the time of the murders, authorities said. 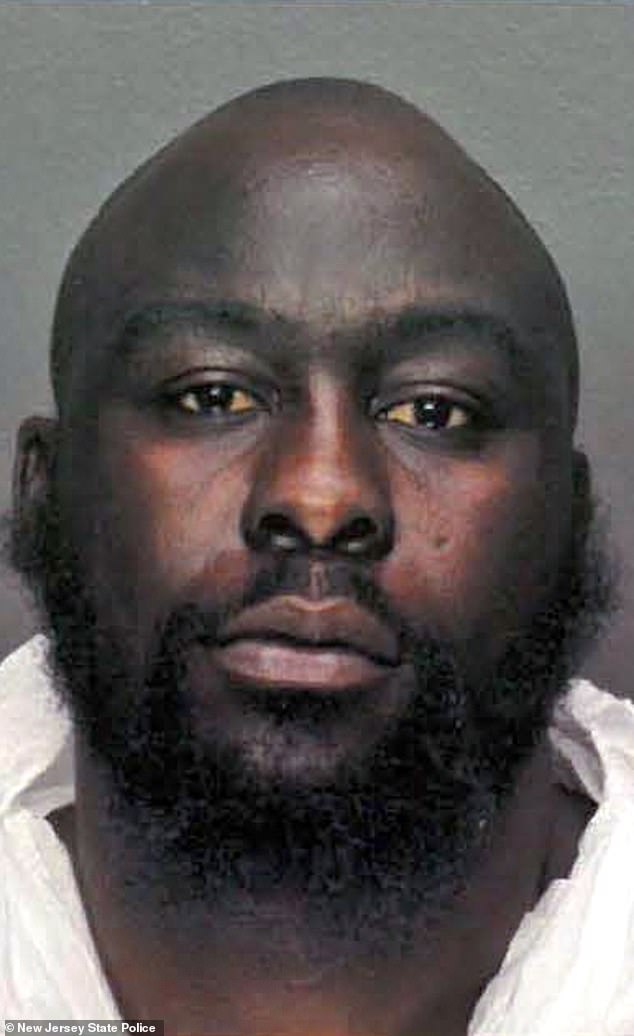 Jeremy Arrington, 31, was found guilty on a number of charges related to the Newark home invasion, where authorities said he tortured six people, killing three of them – two of which were children – and stabbing the three others, according to the Essex County prosecutor

CBS New York however reported that their mother, 29, was among the three injured in the attack.

Two 13-year-old twins, a boy and a girl, were also stabbed during the brutal attacks, but survived, reports said.

Officials said Arrington became enraged, and came after one of of the stabbing victims, after they allegedly reposted a police alert on Facebook that named Arrington as a suspect in an earlier shooting and sexual assault, according to NJ.com.

In November 2016, Arrington broke into the Whitehurst residence with a loaded gun before tying up everyone in the home.

After bounding them and leaving them defenseless, he then tortured them with kitchen knives, according to prosecutors.

At the time of the crimes, Arrington had also been wanted on charges of sexual assault and aggravated assault for an unrelated incident back in October 2016, a month before the murders, Acting Essex County Prosecutor Carolyn A Murray said at a news conference shortly after the stabbings.

He was apprehended after a standoff, police told CBS New York. Multiple SWAT team members responded after being told that Arrington was barricaded inside a building in Newark.

The three injured — a 29-year-old woman, a 13-year-old boy and a 13-year-old girl — remained hospitalized in critical but stable condition.

Newark Mayor Ras Baraka on Saturday called the attack ‘one of the most tragic and savage’ he’s seen. The mayor pleaded for anyone with information to come forward, NJ.com reported.

‘We have to get him immediately before he hurts someone else,’ he said. ‘As long as he’s on the street, nobody is safe.’

Police had offered a $20,000 reward for information leading to Arrington’s arrest.