MSNBC is slammed for using video of the WRONG black congressman during a report on the death of Florida Rep. Alcee Hastings

By Nora Hogan For Dailymail.com

An MSNBC anchor has been forced to apologize for using a video of the wrong congressman while airing a report on the death of Florida Rep. Alcee Hastings on Tuesday.

Anchor Hallie Jackson was discussing the congressman’s death with correspondent Garrett Haake while a video of another black congressman, Rep. Bennie Thompson – who is alive and well – played live on air for around 30 seconds during a segmant on Hallie Jackson Reports.

Jackson and Haake were discussing what Hastings’ death could mean for Democrats and the slim majority in the House while a video of Rep. Bennie Thompson at a press conference played for the entire live hit.

Jackson apologized Wednesday for the incorrect video saying it ‘should never have happened.’

‘Congressman Hastings served the state of Florida for nearly three decades in the House and deserves a tribute worthy of that service,’ she said. 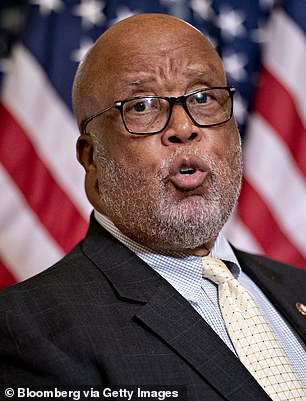 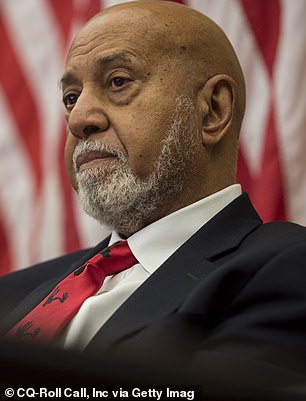 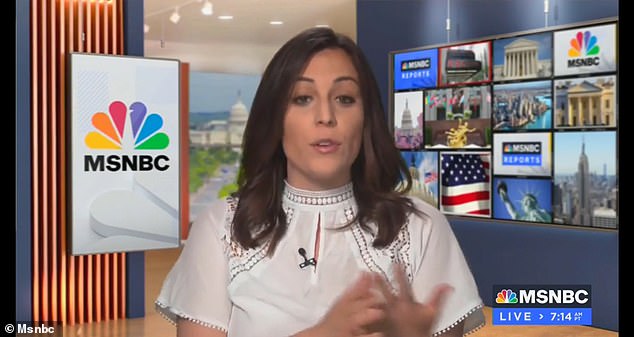 MSNBC anchor Hallie Jackson apologized Wednesday on behalf of the network for showing a clip of the congressman, who is still alive and serving in congress

Jackson apologized for the mistake both on air and on Twitter

Jackson also acknowledged the mistake in a tweet, saying: ‘We deeply regret the error.’

While Rep. Alcee Hastings’ cause of death is not yet known, he publicly shared in 2019 that he was battling pancreatic cancer.

He was unable to travel to Washington in January to take the oath of office.

Hastings was impeached after becoming the first sitting federal judge to be tried on criminal charges in 1988.  He was convicted and removed from the bench in 1989, before winning his seat in Congress three years later. 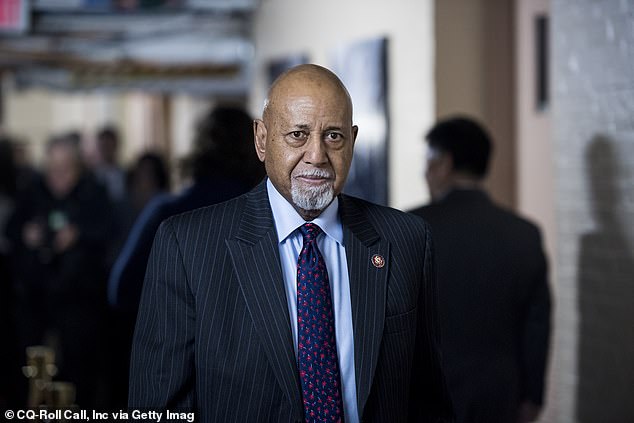 Rep. Bennie Thompson tweeted his condolences over the loss of his fellow Congressman. ‘Today is a tragic day. Join us as we mourn the loss of @RepHastingsFl May he rest in heavenly peace. 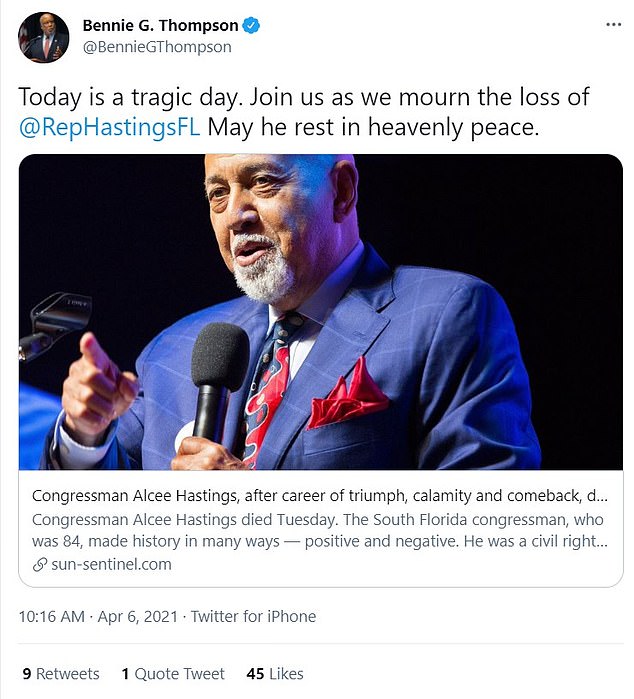 Rep. Bennie Thompson tweeted his condolences over the loss of his fellow Congressman

Twitter users slammed the network for their mistake, with U.S. Representative Joyce Beatty writing, ‘Congressman Alcee Hastings served in Congress for nearly 30 yrs yet media doesn’t have the respect to post the correct image when reporting on his passing. Intentional or not it reflects a lack of respect. Regret after the fact is fine, research before the act is preferred.’

One user wrote, ‘How y’all keep mixing up Black folks?’ While another commented, ‘This is poor. Really.’ 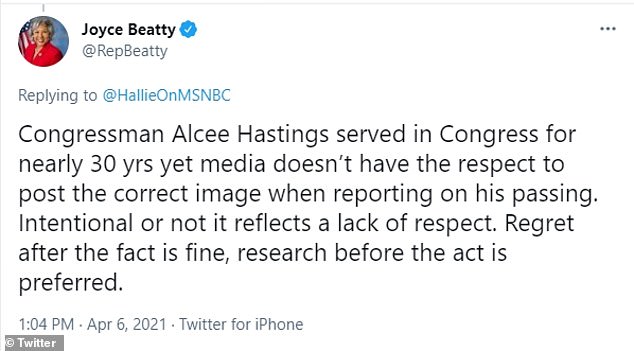 TV networks have come under fire for similar mistakes in the past. Fox News has previously made the same error, including a photo of singer Patti LaBelle during their obituary for Aretha Franklin.