This is the dramatic moment a paraplegic dog owner had to guide his ‘drowning’ Rottweiler to swimming pool steps as he was too heavy to lift him out.

Darren Thomas was busy shaving on the morning of February 17 when he heard his pet dog Cassius, four, crying loudly at home in Cape Town, South Africa.

The 40-year-old security business director found his canine sidekick struggling in the family pool after he had fallen in the side 25 minutes earlier and didn’t know how to get out. 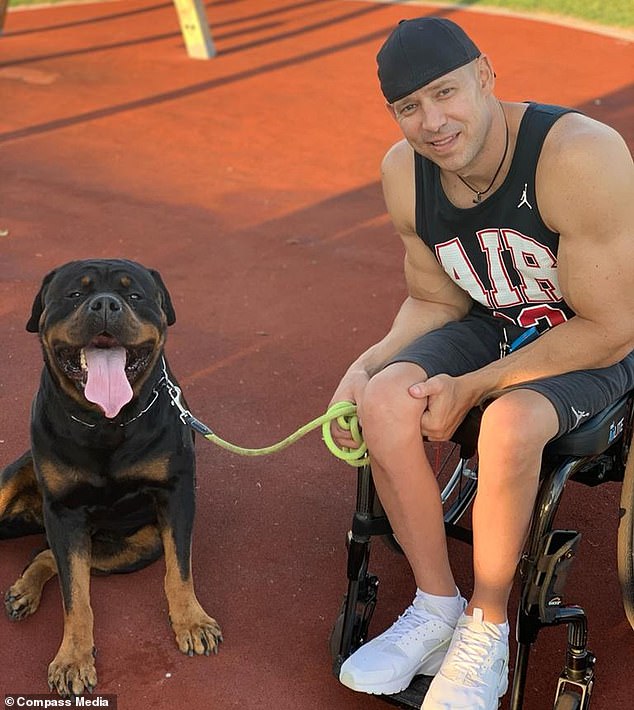 Darren Thomas, 40, with his beloved Rottweiler Cassius. Mr Thomas has been a paraplegic since he was shot during a house burglary 14 years earlier

Mr Thomas – who has been in a wheelchair after being shot 14 years ago defending his family home – tried to lift the almost eight stone Cassius out on his own.

Thinking quickly, Mr Thomas slowly but patiently guided Cassius around the edge of almost half the swimming pool to the safety of the steps so he could climb out on his own.

Mr Thomas said: ‘I was just talking to Cassius telling him I was going to get him out. It was amazing because he just looked at me totally trustingly and didn’t fight me at all as I pulled him across.

‘He’s really heavy and he was wet on top of it so I pulled him and managed to get him halfway out but I just could not get leverage in the chair to pull that last bit so after trying a few times I had to make another plan.

‘Cassius loves my daughter, so he sits by her feet every morning while my wife brushes her hair. This particular morning, he wasn’t there so my daughter said “I wonder where Cassius is”. 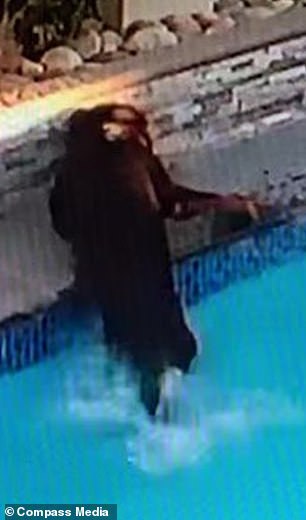 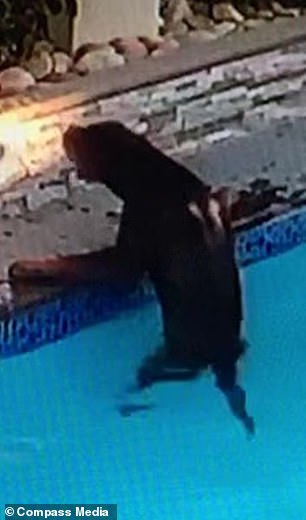 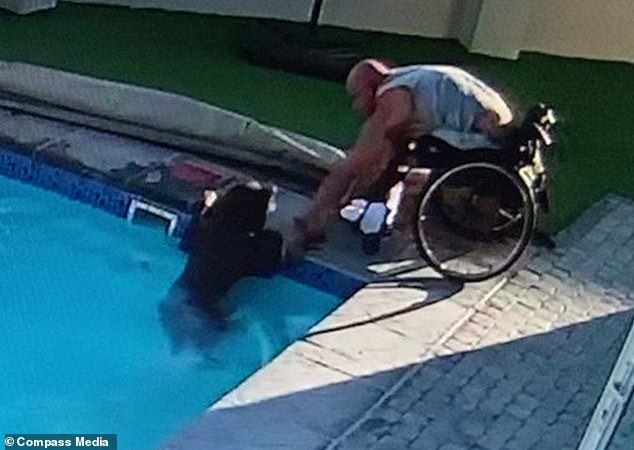 ‘I first tried pulling him out, but he weighs 50kg and although I would consider myself strong enough, I did not have enough leverage in the chair to pull him out without falling in myself,’ said Mr Thomas

‘We got them off to school and I went back to the bathroom to get ready for work. I was shaving when I heard him crying through the open window.

‘He doesn’t usually cry so I went to go see what was wrong. I didn’t see him anywhere in the house, so I went outside and that’s when I saw him.

‘I could see he had been in there for a while because he was shivering, and he looked like he was getting tired.

‘I called my wife immediately to see how far she was. She was at least 20 minutes or more away, so I had to make a plan.

‘I first tried pulling him out, but he weighs 50kg and although I would consider myself strong enough, I did not have enough leverage in the chair to pull him out without falling in myself.

‘That’s when I thought I need to try get him to the step. I started moving him paw for paw while trying to move myself as well.

‘I have a high injury, so I don’t have much balance when sitting upright to use two hands to pull him so had to do it the way you see in the video.

‘He likes to lie next to the pool and we usually have the cover on. The cover was off because the kids were swimming the afternoon before so when he stood up and turned, he slipped and fell in.

‘When I checked the footage after, I realised he was in there for about 25 minutes before I found him. That’s why he was so tired. I just thank God he was big enough to reach the side.’ 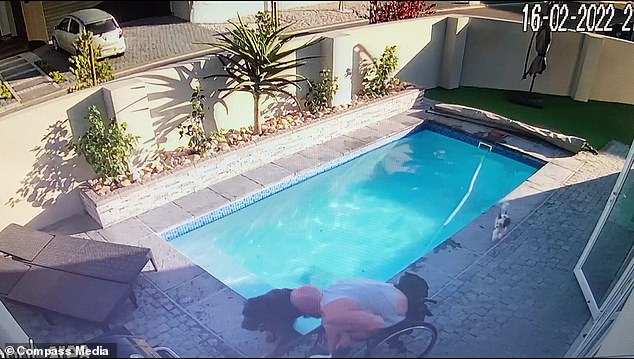 Free at last! Cassius shakes himself off after getting out of the water as a relieved Mr Thomas looks on 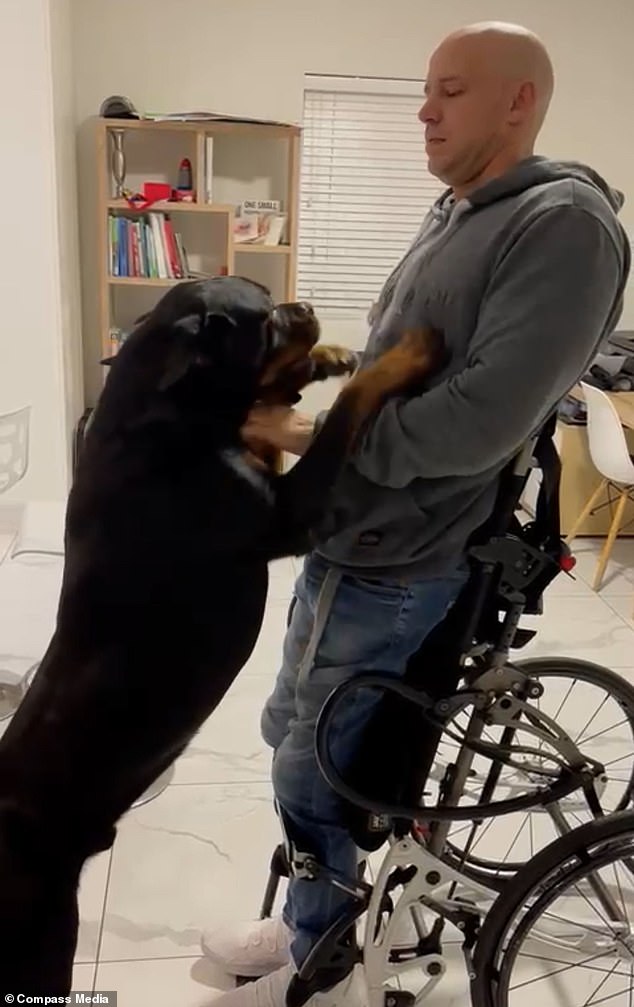 Mr Thomas was left a T3 paraplegic after bone fragments from his spine were sent into his spinal cord during the house robbery where he was attacked by seven men.

He said: ‘Before I was shot, I was playing seven-a-side rugby for the Lions side, I went to South African championships for kickboxing and was in the gym every other day.

‘I was a real adrenaline junkie and rode superbikes and Jet skis. It was a very tough transition but once I got through the very difficult times I had to start living again.

‘Me and Lauren finally got married and had two miracle children and we moved to Cape Town five years ago.

‘I have been doing talks to people and corporates sharing my story and encouraging people that they still have so much to live for regardless of their circumstances and that they are able to fight through adversity and become better on the other side.

I still train very hard and do Adaptive CrossFit and have entered a few online international competitions. I am a family man and I love spending time with my kids.

‘I still have tough days where I don’t feel like getting up and facing the day but I have to get up for my kids and my wife to show them that they must never give up and they can get through anything they put their minds to.

‘I’ve been given a second chance at life and I want to use it to make a difference in other people’s lives.’