Back to the beer garden! Mini-heatwave will send temperatures soaring to 66F this weekend as Britons enjoy second weekend of new found Covid freedoms

By Amie Gordon For Mailonline

Brits are set to enjoy a sunny weekend in pub gardens with temperatures expected to reach up to 19C in some areas.

After the coldest start to April since 2013, sunny weather is set to stay for the start of the weekend with highs of up to 19C expected in the west of the country on Friday, the Met Office said.

This comes as the country gets set for its second weekend of relative freedom with the gradual easing of lockdown restrictions. 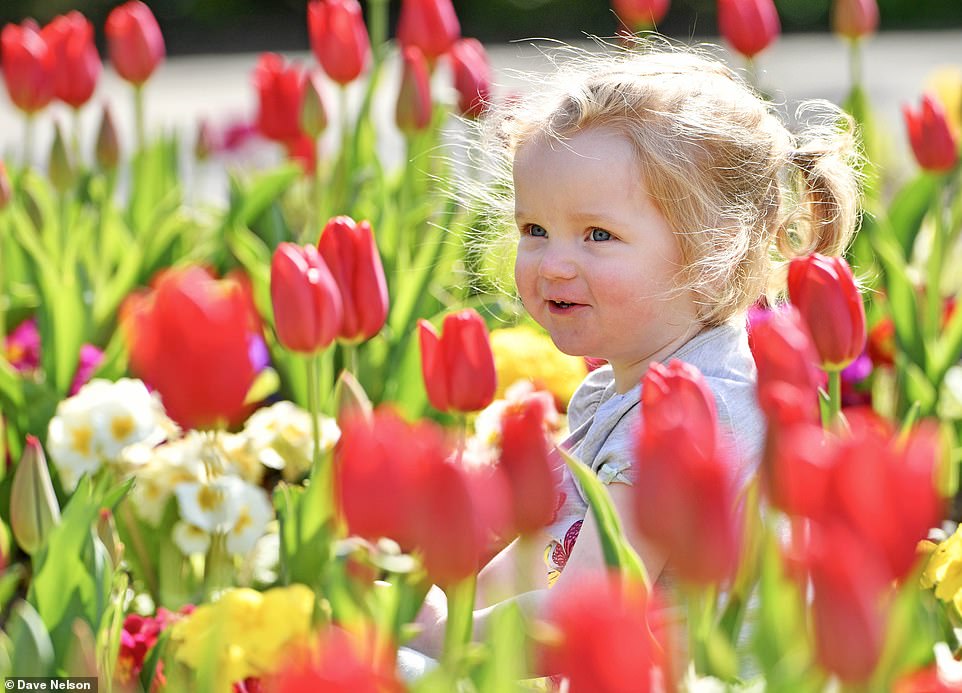 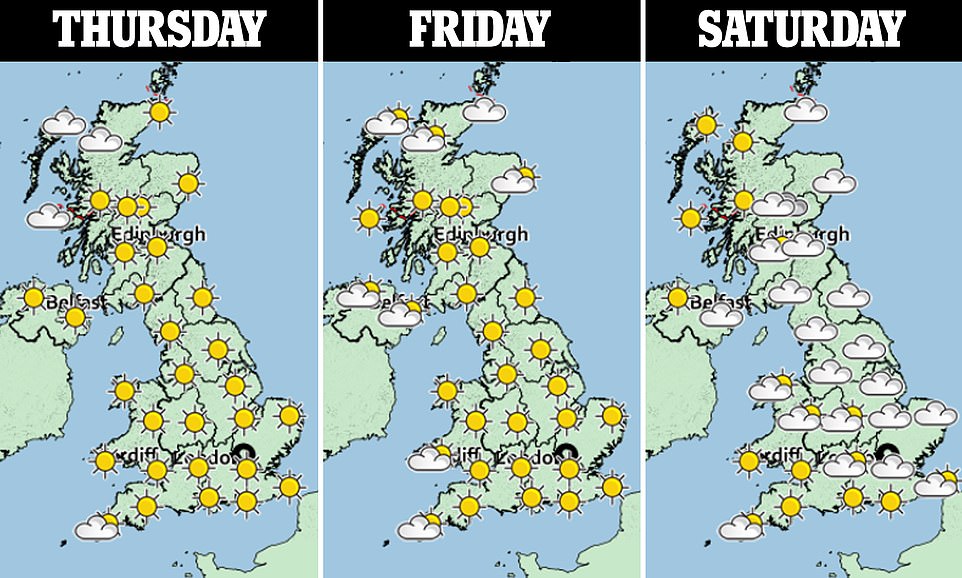 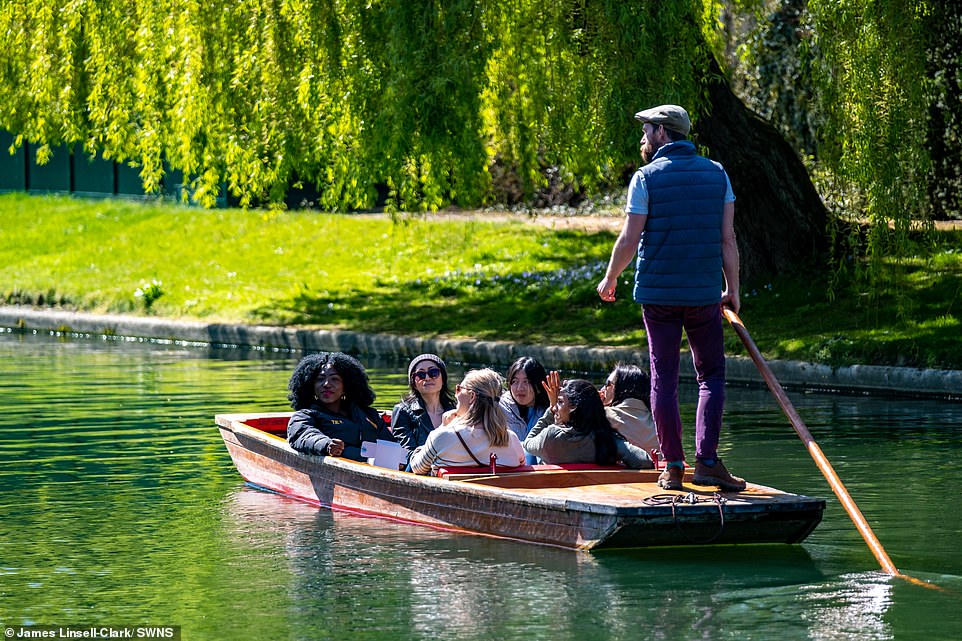 Met Office forecaster Annie Shuttleworth told MailOnline that the weekend will see plenty of fine weather, with highs of up to 17C in the South West on Saturday.

She said the best of sunshine with be in the South and South-West, with highs of up to 17C in Bristol by Saturday.

She said: ‘It will be cloudier in the East and feeling cooler, with temperatures in the North-East remaining in single figures – around 7-8C on Saturday.

‘In the South-East temperatures could hit around 16C. By Sunday it will be slightly cooler, around 15C in the South-West and around 13C in London.’

The Met Office says there will be sunshine and clear skies across England today, with highs of up to 16C and reaching 17C in Northern Ireland. Tomorrow could hit 19C in the west of the UK.

The Met Office has warned that moderate levels of UV will be seen across the UK this week – with the rays being as strong as in late August.

Forecasters said the outlook for the last week of April is less clear, and it could bring unsettled weather.

The Met Office said mean temperatures were 2-4C cooler than average for the time of year between April 1 and April 18.

The first half of April has been significantly colder than usual, with UK average daytime temperatures over 24 hours reaching just 4.4C (39.9F). The usual figure is 7.4C (45.3F). 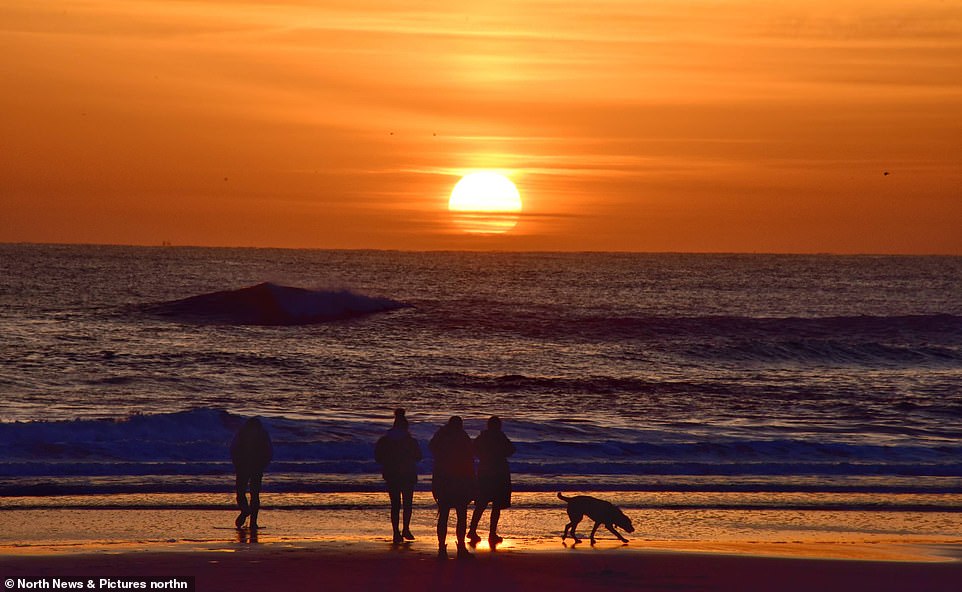 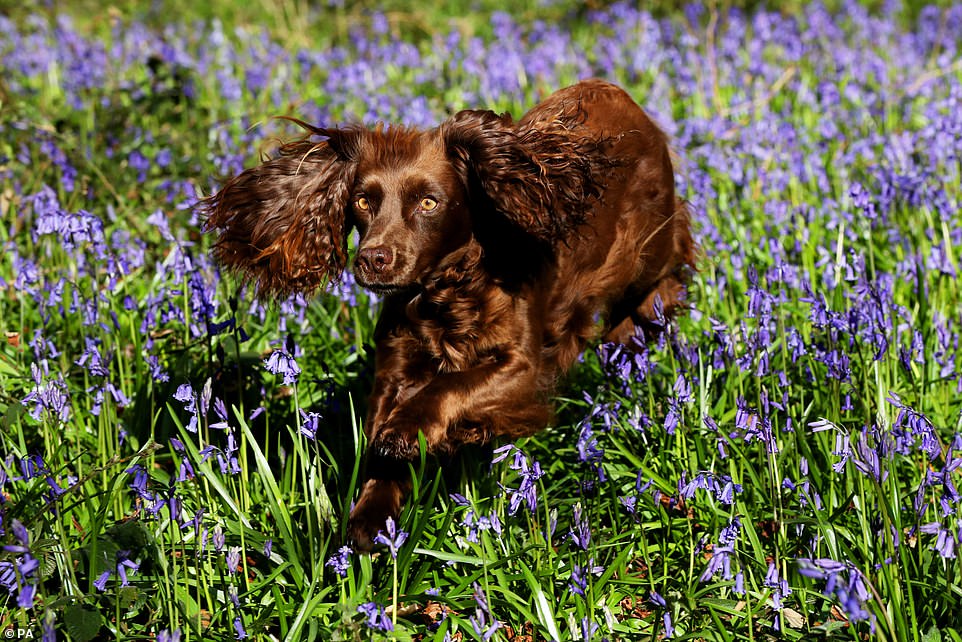 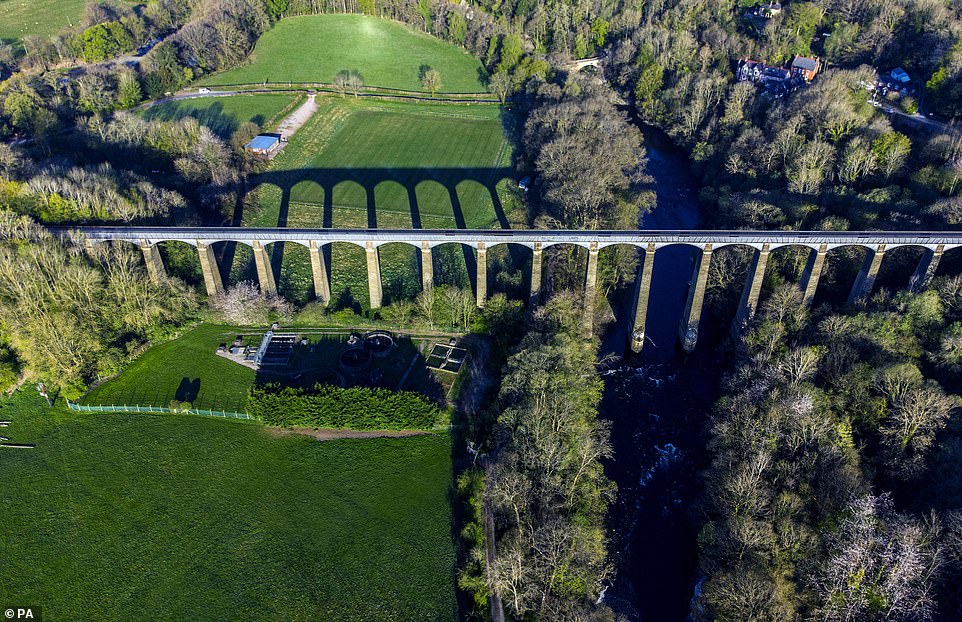 Met Office unveils plans for street-by-street weather forecasts: New £1.2bn Microsoft supercomputer will be able to tailor predictions to within 100 yards by next summer 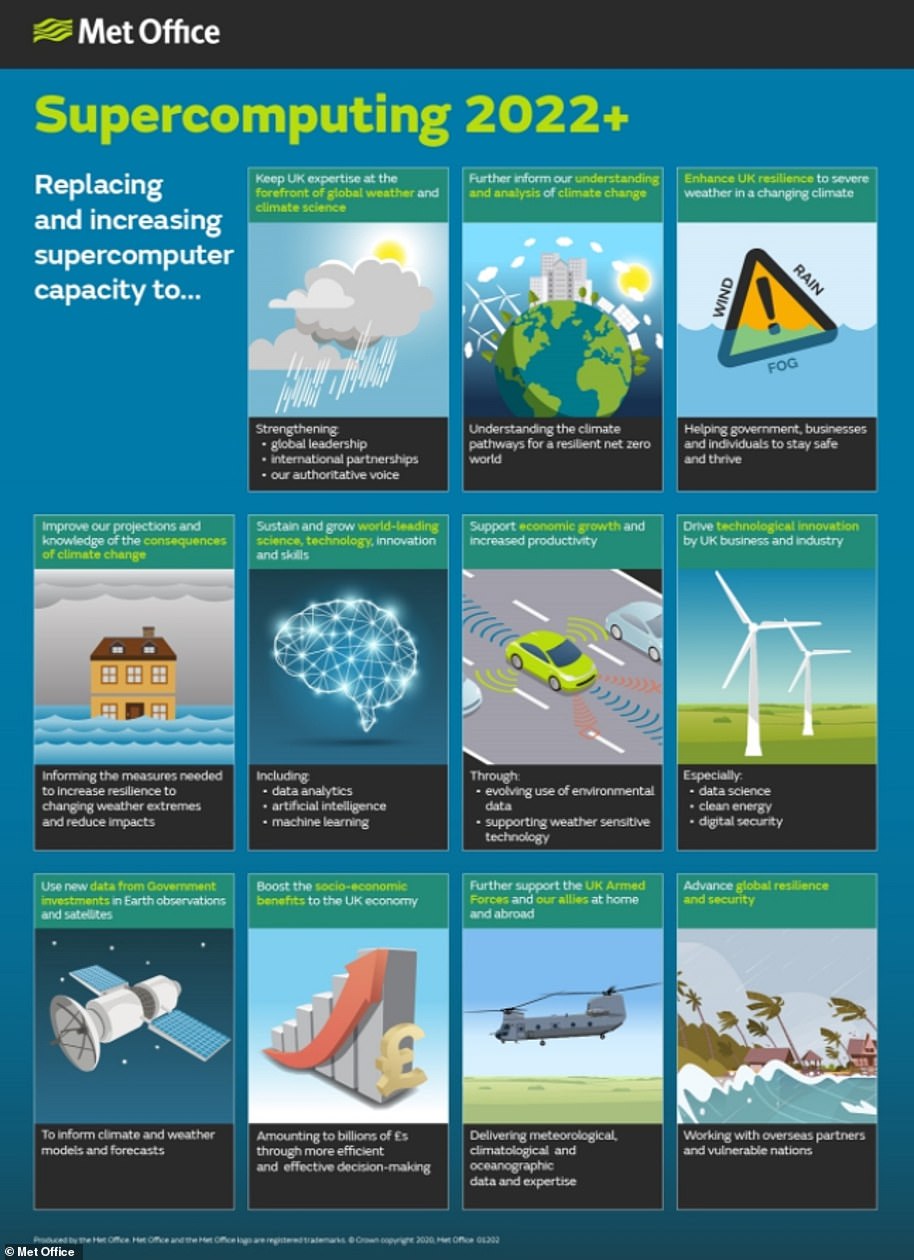 The only predictable thing about the British weather appears to be its unpredictability.

Now the Met Office is hoping to improve its chances of getting forecasts correct with a supercomputer worth £1.2 billion.

Built by Microsoft and funded by the UK government, the ‘world-leading supercomputer’ will provide experts more accurate warnings of severe weather.

It is expected to be the most advanced machine of its kind dedicated to weather and climate, ranking among the top 25 supercomputers in the world and twice as powerful as any other in the UK, the Met Office said.

The ‘environmentally sustainable’ supercomputer, powered by all renewable energy, will have a 10-year lifespan and is due to start working from summer 2022.

It comes as the country tries to better prepare for the impacts of increasingly extreme storms, floods and snow, which cost millions in damage.

The technology will be able to produce more detailed models, improve forecasting of local-scale weather using high resolution simulations and supply the aviation industry with more accurate forecasts of wind and temperature.

It will also be useful to simulate the effects of global warming and extreme weather.

Once up and running in Summer 2022, the new supercomputer will help ensure government, industry and communities are better prepared for severe weather and a changing climate through: