A wannabe superhero who took to the streets dressed as Batman during Melbourne’s coronavirus lockdown has been unmasked as a cartoon villain.

But Taylor Tangas, 26, the man under the suit, claims it’s all a mix up and like the comic book caped crusader he is persecuted for crimes he didn’t commit.

The unemployed concreter became the talk of the city last year when photos surfaced of him in the imposing outfit, gazing over traffic.

Tangas later came forward to unveil himself as the mystery character, claiming friends dared him to venture out in his homemade costume.

At the time, he said he would be happy to make more appearances to give residents a mood boost during the coronavirus pandemic. 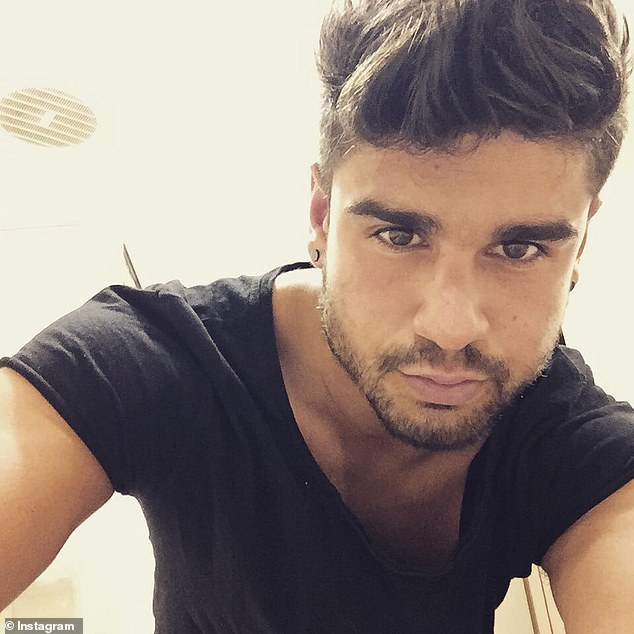 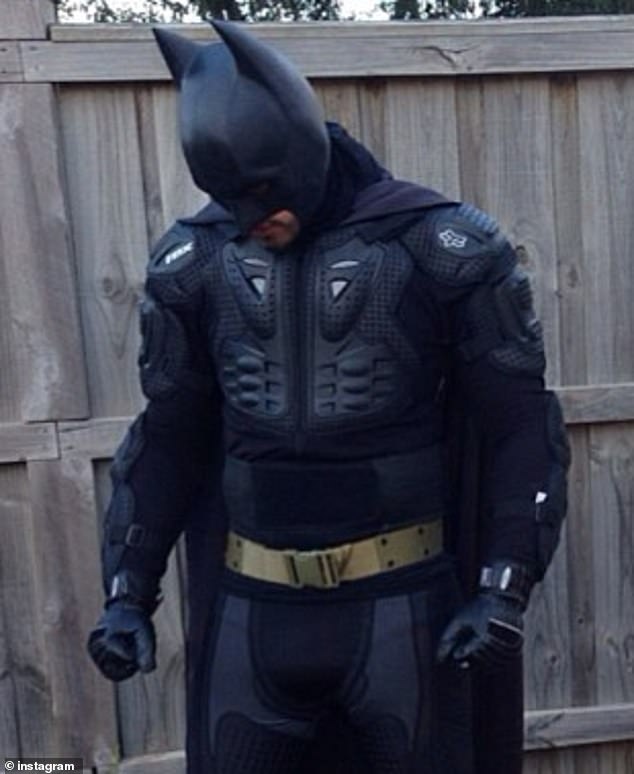 But behind closed doors, the former MMA fighter from South Morang was committing sinister deeds – swindling $6,500 through a sophisticated retail and betting scam.

He was fined $400, put on an 18-month correction order, and ordered to complete 120 hours of unpaid community work.

Whether he could wear the suit while fittingly paying his debt to society was not specified.

However, Tangas told Daily Mail Australia he denied the ‘outrageous’ charges and only pleaded guilty to stay out of jail.

‘Batman was a wanted criminal for things the media put out there that he were responsible for, even if he hadn’t been.

‘In order to have kept myself out of unnecessary and a much larger punishment, my legal representative, over months had agreed on safe circumstances that I plead guilty on a number of charges.

‘Those charges are outrageous and there’s statements made that are far from the truth. But I understand Batman shared the same fate and had to deal with it also.’ 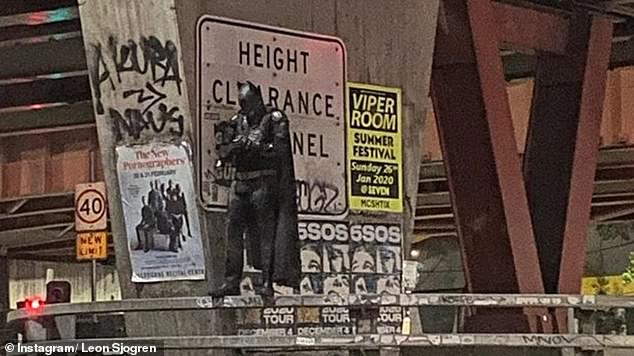 The concreter caused a stir in April last year when he was spotted in a Batman costume, gazing over traffic at the intersection of Kings Way and City Rd (pictured)

The court heard Tangas created a fake JB Hi-Fi account using a stolen bank card and bought more than $3,770 worth of goods online.

He then travelled with a female accomplice to pick up the items using dodgy ID from the Northland store.

The pair also used the account to place two bets on gambling sites worth $2,800.

Days later, police raided the woman’s Thomastown home and discovered stolen IDs, Tangas’ altered drivers licence, an embossing machine, and a list of their collection of stolen devices inscribed on a white board.

Proving himself to be more villain than hero, he was also charged with possessing  meth on October 9 and attempting to break into cars in Kew on June 25.

Eleven months earlier, in May 2019, he was found driving an unregistered car while unlicensed in Thomastown.

The court heard Tangas suffered a downturn in work during the pandemic, and began socialising with ‘undesirable people’ and taking drugs.

Magistrate Hayley Bate said Tangas’s crimes were ‘quite sophisticated’ and his ‘selfish behaviour’ would have made his victims ‘feel sick’.

‘[It] was an absolute disgrace,’ Magistrate Bate said. 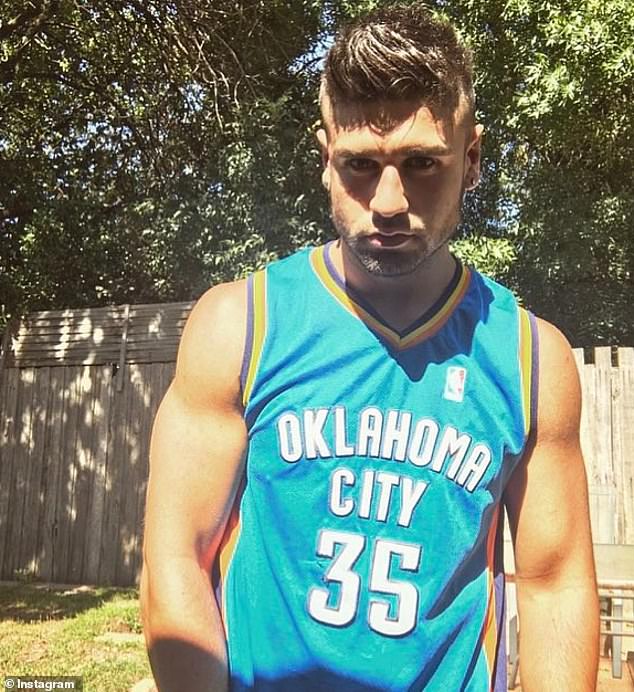 Magistrate Bate blasted Tangas for two earlier online court hearings, in which he appeared via video link in a car wearing a singlet, and another where he was more than 15 minutes late.

She in those hearings warned he may face jail time, but decided against it on Friday due to his age and limited criminal history.

Tangas bizarrely claimed he did not find out what he pleaded guilty to until the morning after the sentence – despite being in court.

‘There were apparent finger prints on the inside passenger seat of a car that was found stolen in Kew,’ he said.

‘I don’t have a licence so I’m forever getting into and out of car lifts here and there it could have been at anytime.

‘The usage of credit cards for gambling and found equipment were at a residential house that I do not live in, [and it’s] all on my shoulders unless anyone says otherwise. Which I understand.

‘As Batman, all my job was to let the city know it was in safe hands. Batman is no criminal!’