The shocking claim is among bombshell evidence given to the inquiry into the BBC and Bashir.

Retired Supreme Court judge Lord Dyson has interviewed 17 witnesses as he probes allegations the broadcaster covered up a trail of deceit by the journalist. Bashir is accused of peddling lies and vile smears to the vulnerable princess to land his explosive 1995 scoop, in which she famously proclaimed ‘there were three of us in this marriage’.

Diana was said to have been obsessed with the bizarre idea that Charles wanted her murdered in order to marry the nanny.

The princess was so convinced Miss Legge-Bourke had become pregnant by Charles that an investigation was launched by Sir Robert Fellowes, the Queen’s private secretary and Diana’s brother-in-law, after the princess allegedly approached Tiggy at a party and hissed: ‘So sorry to hear about the baby.’ 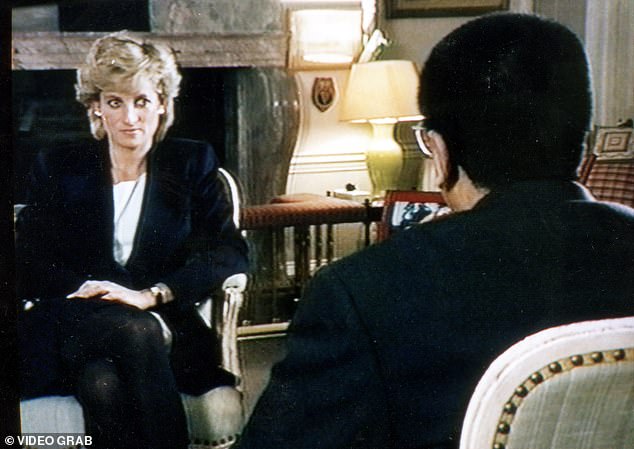 Princess Diana is pictured with Martin Bashir during their Panorama interview

Television sources have told the Daily Mail that Lord Dyson, commissioned by the BBC in November, has started writing his report, which could be damning of former corporation chiefs. Among the startling evidence given to his investigation, it is understood he has been told:

The sources said yesterday that Lord Dyson was ‘determined’ to stick to the six-month estimate for his inquiry, and has been interviewing witnesses via Zoom video meetings.

An insider said: ‘He’s been making really good progress. He’s been going great guns and doing it a lot quicker than expected.’

While the former judge’s final report into Panorama is expected in May or June, ironically the BBC is preparing another Panorama on the case to be broadcast first, in mid-April. 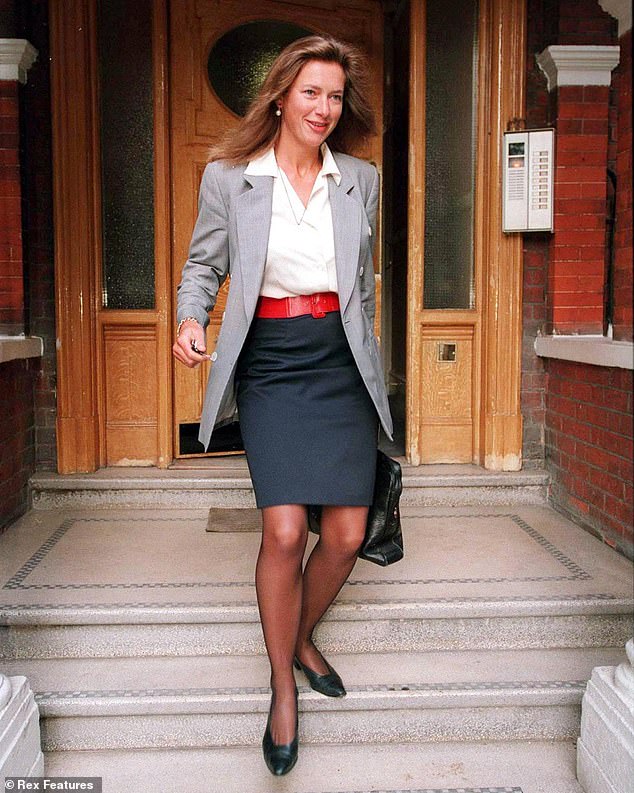 Meanwhile, sources have been busy briefing out Bashir’s version of events, before Lord Dyson issues his verdict. BBC sources are said to be furious at briefings given on behalf of the corporation’s religion editor to The Daily Telegraph about his evidence to Lord Dyson, in which he blames Diana for many of the royal smears.

While the senior BBC correspondent admits using fake bank statements, he is said to have disputed claims by Diana’s brother Earl Spencer that they were used to gain his trust, the sources have told the Telegraph.

The Mail’s own investigation has uncovered a wide variety of claims made to Lord Dyson.

One source said the former judge had been ‘courteous’, ‘extremely well informed’ and ‘forensic’ in his interviews with witnesses, and had asked many former staff what they ‘thought of Martin Bashir’.

They added: ‘He was exactly what you expect a wise judge to be – the best of British.’

All requests for interviews with Lord Dyson, Bashir and Lord Spencer have been declined.

It is understood the judge is considering evidence that Diana was stung into the Panorama interview by a series of preposterous lies – including about the nanny’s ‘abortion’.

She told lawyer of assassination fears 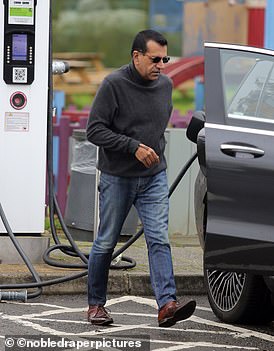 One or two days after meeting the BBC’s Martin Bashir, Princess Diana raised her fears about an assassination plot with her lawyer, Lord Mishcon.

The extraordinary meeting took place at Kensington Palace at 4pm on October 30, 1995.

The late Lord Mishcon made a detailed note, which was read out at her inquest.

It said: ‘Her Royal Highness said she had been informed by reliable sources that:

‘A: The Queen would be abdicating in April and the Prince of Wales would then be assuming the throne.

‘B: Efforts would then be made, if not to get rid of her, be it by some accident in her car, such as pre-prepared brake failure or whatever, between now and then, at least to see that she was so injured or damaged as to be declared ‘unbalanced’.

‘She was convinced that there was a conspiracy and that she and Camilla Parker Bowles were to be put aside.

‘She had also been told that [Tiggy] Legge-Bourke [the former royal nanny whom Princess Diana believed Prince Charles wanted to marry] had been operated on for an abortion and that she, HRH, would soon be in receipt of ‘a certificate’.’

In an explosive interview with the Mail last year, Lord Spencer revealed how he had reluctantly helped to introduce Bashir to his sister in 1995. To clinch his scoop, the BBC reporter claimed to have evidence the siblings would be interested in.

Bashir allegedly gained the trust of the earl by showing him forged bank statements purporting to reveal – falsely – that his head of security Alan Waller was in the pocket of national newspapers and the security services.

Then, during a September 1995 meeting with Diana and Lord Spencer, Bashir peddled an astonishing catalogue of jaw-dropping smears about the royals – designed to play to the princess’s paranoias – including that her husband Charles was ‘in love’ with her children’s nanny, Miss Legge-Bourke. The BBC reporter allegedly told her that her bodyguard was plotting against her, her friends were betraying her and MI6 had recorded Charles and his private secretary planning the ‘end game’.

He said Charles and Miss Legge-Bourke went on a secret holiday together. He lied that Prince Edward was having treatment for Aids at the Royal Marsden Hospital, that the Queen was a ‘comfort eater’ with ‘heart problems’, and that both Charles and Diana’s private secretaries were taking bungs from the security services.

The Mail has been told Lord Dyson is aware of claims that, although Diana was motivated by ‘all this nonsense filling her head’ to speak out, she had last-minute nerves and was thinking of pulling out of the Panorama interview.

However, around the end of October 1995, her mind was changed when she was ‘fired up’ in a last-ditch meeting with Bashir and possibly Steve Hewlett, the then editor of Panorama, on the final weekend of October – a week before she eventually sat down in front of the BBC cameras.

The exact contents of this meeting are unknown. However, just a day or two later – on Monday, October 30 – Diana met with her lawyer Lord Mishcon, who wrote a bombshell note later read out at her inquest. It detailed Diana’s fears that she would assassinated, and mentioned Miss Legge-Bourke’s ‘abortion’.

The nanny’s relationship with William and Harry had led to jealousy from Diana and by 1995 the princess was open to rumours about a closeness between Miss Legge-Bourke and her estranged husband. Bashir is accused of playing on that false belief.

Now Lord Dyson has been told a ‘receipt’ of the supposed abortion that never happened had convinced Diana she needed to go ahead with the Panorama interview. The ‘frightened’ princess allegedly felt she must speak out publicly, despite her fears about doing so.

Having just been told the Queen would renounce the throne and Charles wanted Miss Legge-Bourke to take Diana’s place, the urgency to speak to Panorama was said to be acute. The Mail previously revealed how Earl Spencer regarded Bashir as a ‘fantasist’ at the extraordinary meeting with him and Diana on September 19, 1995, but did not realise his sister had kept in touch afterwards – leading to the explosive interview.

The princess’s brother has said he would never have introduced them if Bashir had not shown him the faked bank statements.

But according to sources briefing the Telegraph, the mocked-up statements were shown to the earl only after the reporter had been introduced to Diana.

Bashir ordered BBC artist Matt Weissler to create the forgeries. According to Bashir, this was done in September or October. But Earl Spencer has previously insisted he was shown the forgeries in August. Lord Dyson will have to decide which version to believe. BBC bigwigs, including former director-general Lord Hall, are expected to come in for serious criticism for an alleged ‘cover-up’ in 1996 after The Mail on Sunday exposed Bashir’s methods.

Bashir, 59, who is on sick leave from the BBC, is believed to have told Lord Dyson it was Diana, rather than him, to blame for the vast majority of the shocking comments. He apparently said many of the allegations were consistent with Diana telling him on a later occasion that she spoke with mystics and clairvoyants. 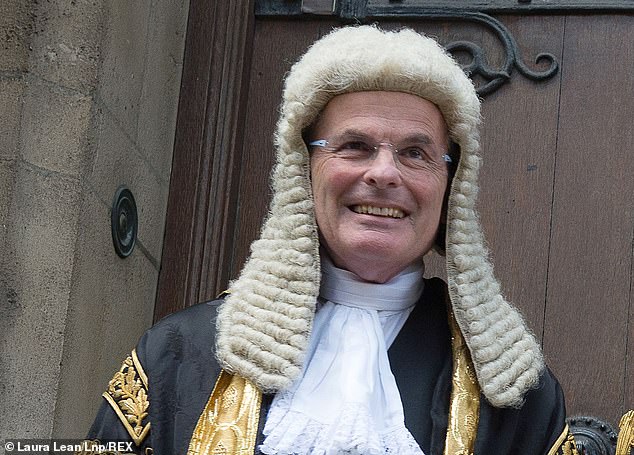 Bashir ordered BBC artist Matt Weissler to create the forgeries. According to Bashir, this was done in September or October. But Earl Spencer has previously insisted he was shown the forgeries in August. Lord Dyson will have to decide which version to believe

By Anthony Thrower for MailOnline

Martin Bashir says fake bank statements were only shown to Earl Spencer after he met Princess Diana and were not used to gain the trust of her brother.

The journalist is facing an independent investigation into how he secured the explosive Panorama interview with Princess Diana in 1995 about her marriage to Prince Charles. 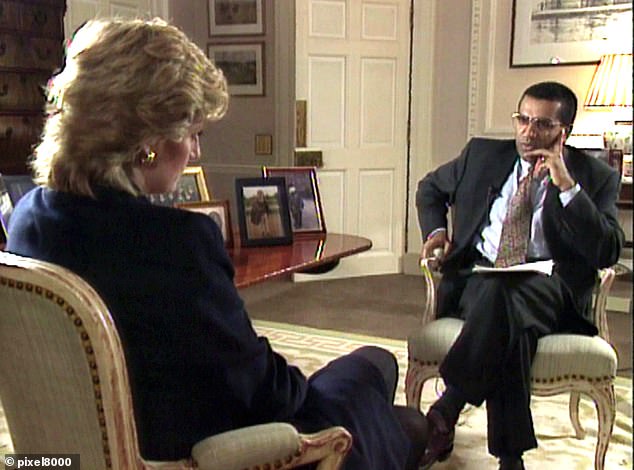 Martin Bashir says the faked statements were not used to gain the trust of Earl Spencer to instigate a meet, as he had already met Diana, ahead of their infamous interview in 1995 (pictured)

But according to the Telegraph the 59-year-old, currently the BBC’s religious affairs editor, says they were shown to Earl Spencer after his initial introduction to his sister, Princess Diana.

The claim goes against previous reports which claimed the faked documents were shown to him to gain his trust and earn a meeting with the princess.

Earl Spencer says he introduced the pair, leading to the interview.

The revelation comes days after Bashir blamed Diana for the royal smears he allegedly spun to clinch his Panorama scoop with her. 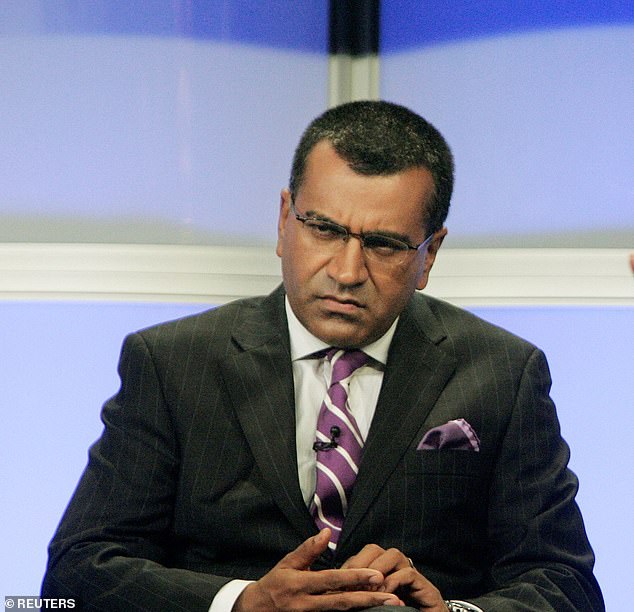 Martin Bashir, the BBC’s religious affairs editor, faces a probe into the Panorama chat with the princess

Giving evidence to the official inquiry into how he secured the historic interview, Mr Bashir denied inventing preposterous lies about the royals. 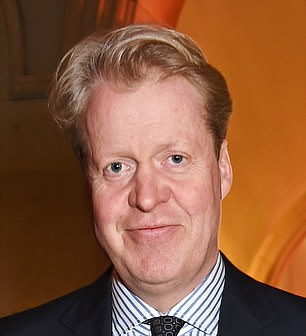 Earl Spencer  claimed to have introduced the pair, leading to the interview.

Instead, he is said to have claimed that Diana herself – and the ‘mystics’ she consulted – were more likely to be responsible for the outlandish remarks.

Former Supreme Court judge Lord Dyson’s inquiry is examining claims the BBC covered up a trail of deceit and forgery, and that Bashir allegedly peddled 32 lies and vile smears to land his interview.

Last year Diana’s brother Earl Spencer gave details of a string of alleged falsehoods Bashir allegedly told Diana to gain her trust, including cruelly pretending he had evidence her staff were spying on her.

The alleged smears included an allegation that Prince Edward was being treated for Aids in a London hospital, the Queen was a ‘comfort eater’ with ‘heart problems’, and Prince Charles was ‘in love’ with their children’s nanny, Tiggy Legge-Bourke, and went on a secret holiday with her.

The Panorama interview is thought to have led to the Queen demanding that Charles and Diana swiftly divorce.

Lord Dyson, who is expected to heavily criticise Bashir as well as senior corporation executives, will deliver his findings late next month or in early May.