The founder of online fashion firm In The Style said he was ‘totally overwhelmed’ after his ‘little baby’ made its debut on the stock market in London.

Shares in the company, which was set up by entrepreneur Adam Frisby in 2013, and targets women aged between 16 and 35, began trading on AIM at 200p each.

They immediately soared and were changing hands at 237p when the closing bell rang – valuing it at £124million. 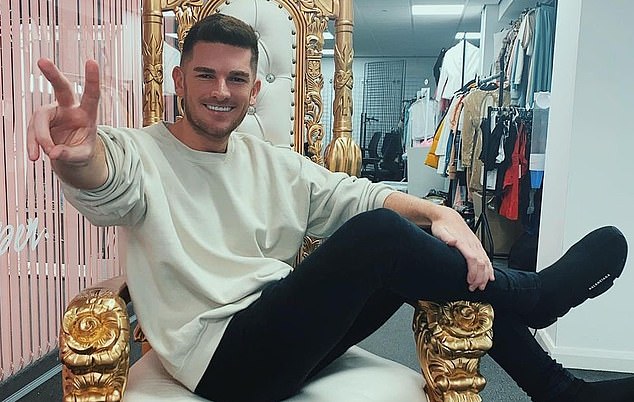 Overwhelmed: Shares in online fashion firm In The Style, which was set up by entrepreneur Adam Frisby (pictured) in 2013 soared on its stock market debut

In a tweet shortly after trading began, Frisby said: ‘I’m totally overwhelmed. In The Style is just my little baby.

‘If I ever stand for one thing I hope it’s to just give it a go.’

The 33-year-old quit his job at Burger King to start the business from his bedroom with £1,000 of seed funding eight years ago, having left school with no qualifications. He sold a third of his stake in yesterday’s listing – handing him £12million.

His remaining 23.1 per cent stake was valued at nearly £29million when the stock market closed yesterday. 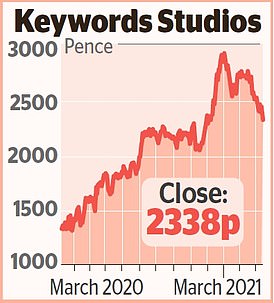 Shares in Keywords Studios fell after the video games maker’s boss stepped down for a short time.

Day is expected to return following a period of recovery and would remain on the board of directors.

Finance chief Jon Hauck and operating chief Sonia Sedler have been appointed as co-chief executives. Shares fell 3.2 per cent, or 76p, to 2338p.

Frisby, who is chief executive, said: ‘Today is a really exciting day for In The Style.

‘It has been an incredible journey over the last seven years for the business.

‘We are very pleased to welcome our new shareholders to the business and I am really excited for the next chapter of the In The Style journey.’

Petrofac shares fell 18.6 per cent, or 25.05p, to 109.4p after it was barred from competing for new contracts in the United Arab Emirates, months after a former executive of the oilfield services provider pleaded guilty in Britain over bribery charges. The UAE accounted for roughly 10 per cent of its contract revenue in 2019.

In January, former executive David Lufkin pleaded guilty to three bribery charges brought by the Serious Fraud Office over payments made to agents to influence awarding of contracts worth $3.3 billion in the UAE.

The former executive pleaded guilty to 11 other counts in 2019 related to bribery charges in Iraq and Saudi Arabia.

Recruiter SThree said its first-quarter performance had returned to pre-pandemic levels and exceeded its expectations, boosted by a recovery in its US business and hiring in the pharmaceutical sector.

Shares edged up 0.5 per cent, or 30p, to 6004p after it announced the move for the company, which operates in Germany and Switzerland.

Sales, marketing and services firm DCC it will join its Vital business, which supplies the community and primary care sectors in the UK and Ireland and it will aid the group’s expansion in continental Europe.