A dead seal with a huge shark bite out of its side has washed up on a popular beach in Sydney’s south.

The decaying carcass of the seal was found by a beachgoer at Cronulla on Monday.

The man was shocked to discover the seal was missing a large chunk of flesh from just below its head with razor-sharp teeth marks across its belly and side. 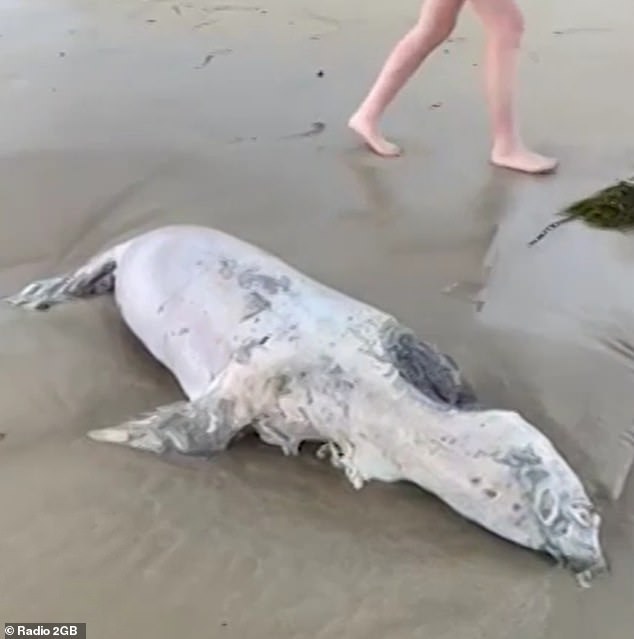 Jools Farrell, the Vice-President of seal rescue and conservation company Orrca, said the seal had likely been dead for a month and could have been floating in the ocean for ‘quite a while’.

Ms Farrell said judging by the size of the seal it was a fully grown adult, but because of the decomposition the species was difficult to determine.

‘The seal is so decomposed, it’s white, so it’s hard to tell. The seal could have been old and died in the water, then the shark took a bite out of it,’ she told Daily Mail Australia.

Ms Farrell said because of recent downpours experienced in the area, dead animal carcasses had been washed down the coast and were attracting more sharks.

‘There’s always been sharks in the water, and seals die all the time. That’s what sharks do, they clean up the ocean,’ she explained. 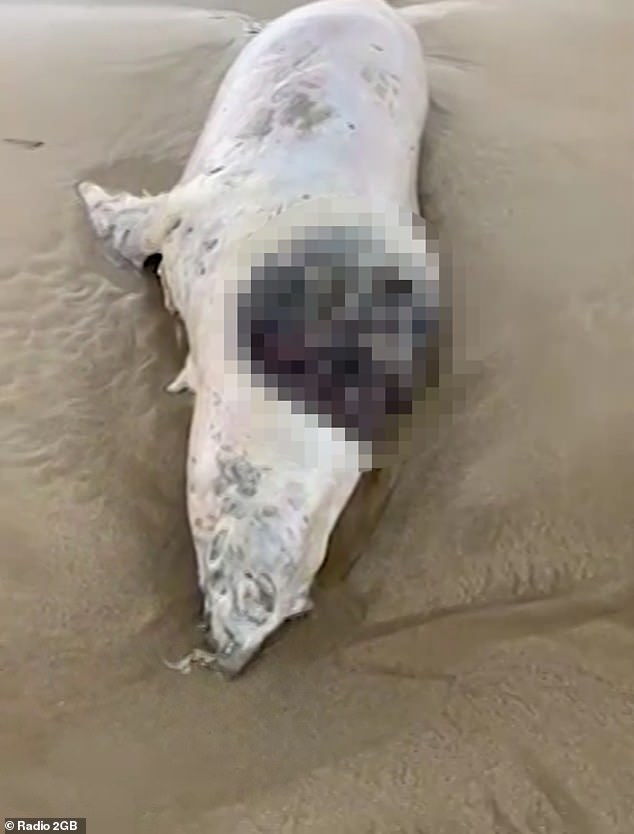 The seal was missing a large chunk from behind it’s head, presumably bitten off by a shark

She noted that seals were currently migrating up the coast at the same time as the whales, and therefore an encounter with a shark was not uncommon.

Ms Farrell said an Orrca representative had visited the seal at Cronulla Beach, but it wasn’t under their jurisdiction to move the animal.

A spokesman from the Sutherland Shire Council said they had received a few calls from the public about the beached seal.

He said the council is the primary support agency to remove deceased marine animals on land, while Roads and Maritime were responsible for animals in the water.

The Sutherland Shire Council is working with the National Parks and Wildlife Service to remove the deceased seal.