Nashville man, 21, is arrested after ‘breaking into neighbors’ home and trying to kidnap nine-year-old girl who was alone with her younger brother’

A Nashville man has been accused of barging into his neighbors’ apartment and attempting to kidnap their nine-year-old daughter while her parents were away.

The incident took place at 5.30pm on Saturday at an apartment complex in Davidson County, Tennessee, where the girl was home alone with her four-year-old brother.

The siblings’ mother told investigators that she and her husband left their children without adult supervision to go to the store. 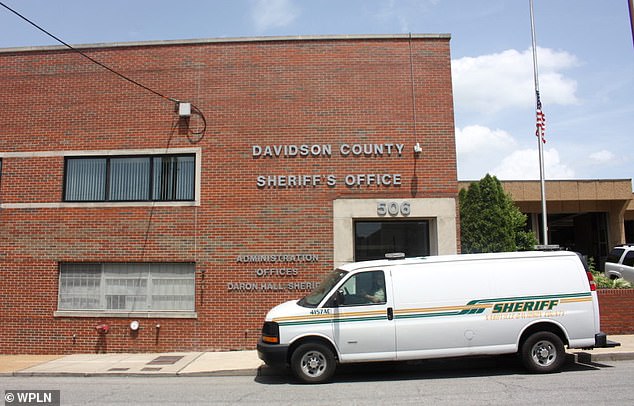 Jacob Keener, 21, has been charged with aggravated kidnapping of a victim under 13 and aggravated burglary, remained behind bars at Davidson County jail on $100,000 bond

While the parents were out, the family’s neighbor, 21-year-old Jacob Keener, allegedly entered their apartment through an unlocked patio door, grabbed the nine-year-old girl by the hand and led her outside.

A witness reported seeing the suspect holding the child by her waist to prevent her from fleeing, according to WKRN.

An arrest warrant alleged that the girl eventually was able to get away from Keener and run back inside her apartment.

Police arrested Keener and said that he confessed to being in his neighbors’ apartment and outside with the child, reported WSMV.

Keener was booked into the county jail just before 10.30pm on counts of especially aggravated kidnapping of a victim under 13 and aggravated burglary.

He remained behind bars on $100,000 bond pending his next court appearance, which is scheduled to take place on Tuesday morning.

If convicted of both felonies, Keener could face up to 75 years in prison.