Man, 18, is charged with attempted murder after 15-year-old girl in her school uniform was gunned down by masked thugs at Liverpool bus stop


A teenager has been charged with attempted murder after a 15-year-old schoolgirl was shot in broad daylight at a bus stop in Liverpool.

The girl, who was in her school uniform, was shot in the upper body on Upper Warwick Street, Toxteth, on Tuesday evening while waiting for a bus to go home.

Rio Jones, 18, of Jermyn Street, Toxteth, has been charged with two counts of attempted murder, possession of a firearm with intent to endanger life and possession of a controlled drug. 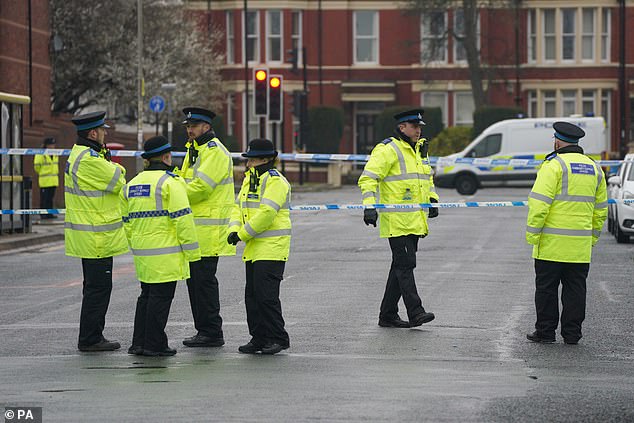 Police officers at the scene in Upper Warwick Street in Toxteth, Liverpool

Emergency services were called and the girl, who sustained serious injuries after being hit in the upper body, was taken to hospital where she remains in stable condition.

A man in his 20s was also treated in hospital for a gunshot wound to his hand, with police saying they were carrying out enquiries to see if the two injuries were linked.

Residents have told how they heard up to three loud ‘bangs’ when the girl was shot, with detectives saying it was an ‘absolute miracle’ she wasn’t killed. 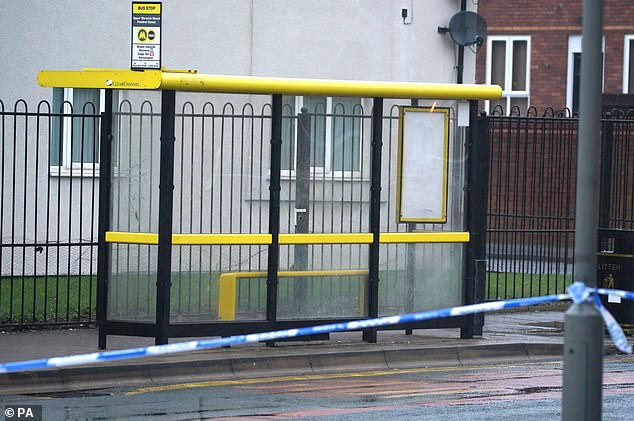 Forensic tape marks a bullet hole in a bus stop in Upper Warwick Street in Toxteth, Liverpool, after a teenage girl was seriously injured

Three others who were arrested have been released under investigation.