A fiancée revealed the heartbreak of having to plan her partner’s funeral instead of their dream wedding after he was killed in a horror crash at a rail crossing – and the phone call that turned her world upside down.

The tragedy on February 23 came as Ms Bott and Mr Hunter were putting the finishing touches on their nuptial arrangements after being together for eight years.

‘Instead of planning my dream Fijian wedding with Ethan, I planned his funeral,’ Ms Bott, an emergency nurse, said.

‘Ethan (was) the love of my life, an adored son, treasured brother and cherished uncle and friend.’ 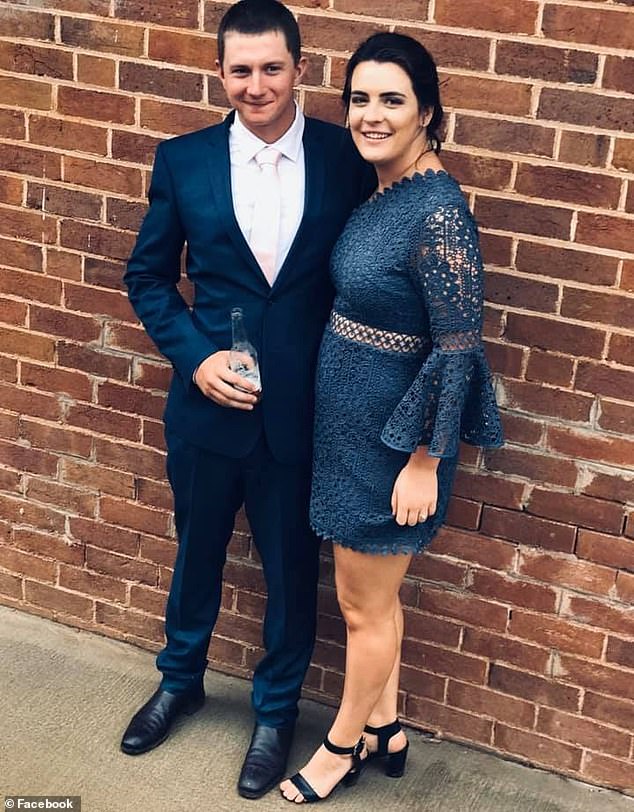 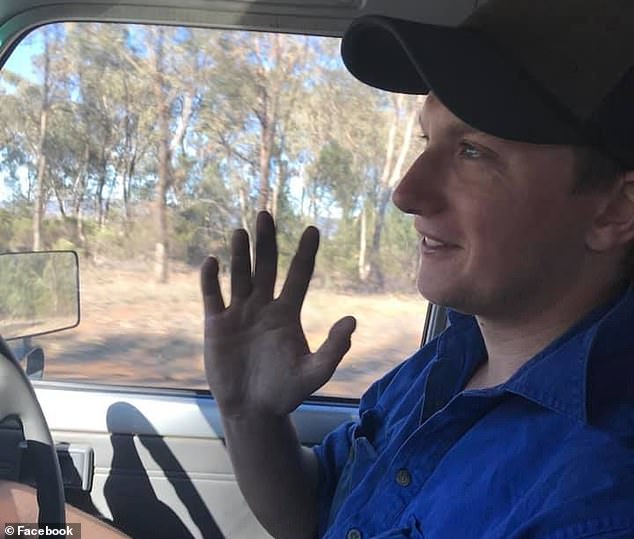 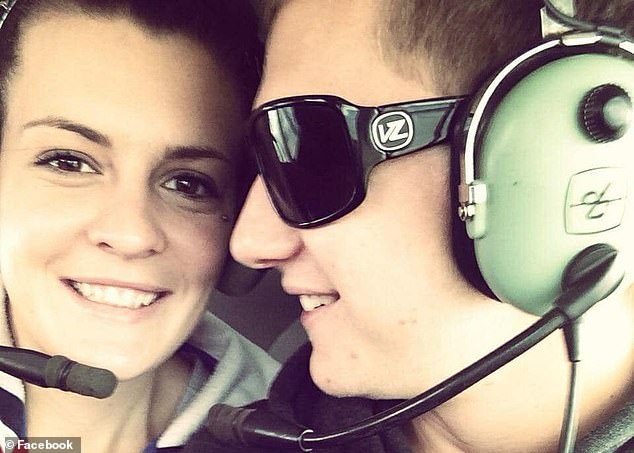 The couple (pictured together) were due to be married on March 27, eight years after they first got together

In a heartbreaking online post, the 26-year-old said she spent March 27, the day the couple were due to be married, by her husband’s grave with their dog Knox.

‘Ethan and I were meant to be married in beautiful Fiji. Instead of walking down the aisle Knox and I sat with Ethan at his grave side,’ Ms Bott said.

‘I lost my whole life at a level crossing. Now I need to learn how to live life without someone I never pictured my life without. It shouldn’t take such a horrendous event to effect change.’

Mr Hunter and Mr Fenton were carting gypsum from one side of a farm to the other when the accident unfolded, with confronting pictures from the scene at Eurabba Lane in Bribaree showing the wrecked truck pushed along the train line. 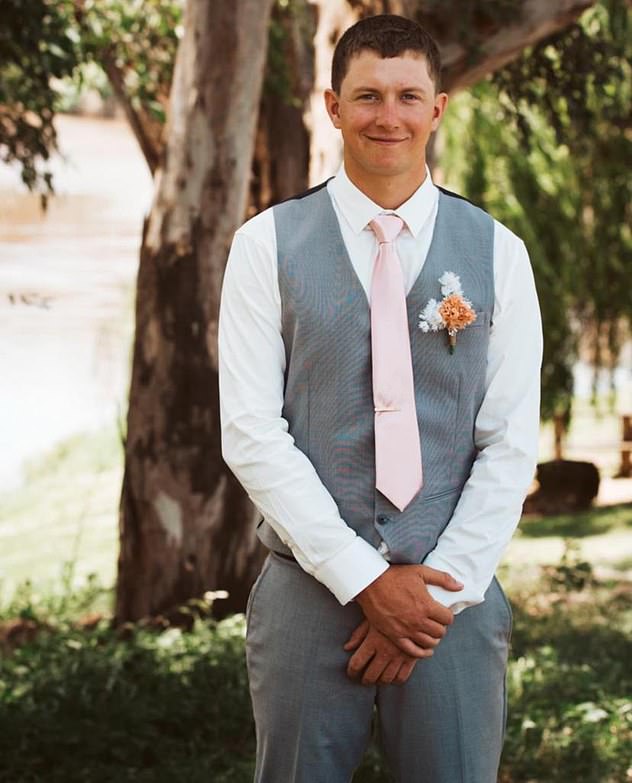 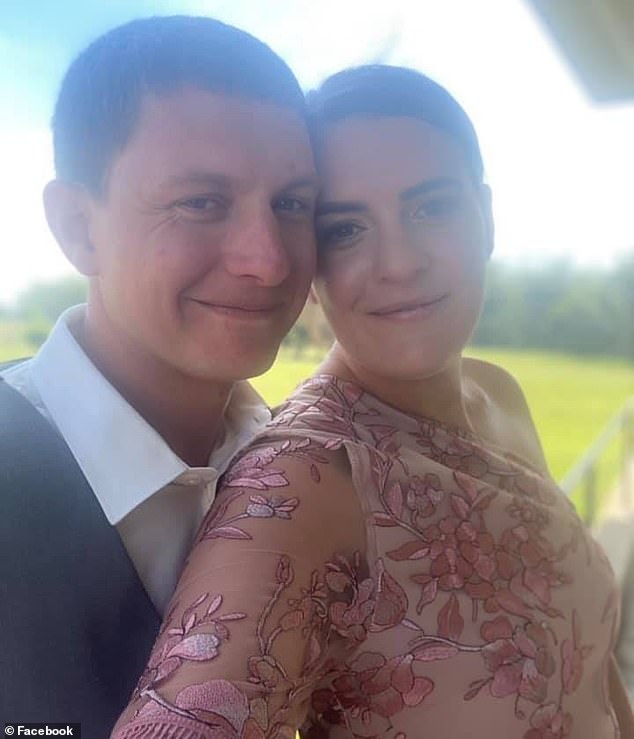 Ms Bott, who had spent the day shopping, tried to call Ethan on her way back home but didn’t have any luck getting through

Ms Bott, who had spent the day shopping, tried to call Ethan on her way back home but didn’t have any luck getting through.

‘His phone kept going to the voicemail so I decided to call one of our friends, she told me it would be fine,’ she told 7News.

But ten minutes later her friend called back and told Ms Bott that ‘something bad’ had unfolded.

‘On my drive home I went past all the fire trucks and ambulances, I knew something terrible had happened,’ she said.

‘Finally, I got to Ethan’s family farm. Ethan’s mother was in tears and told me he had passed away.’

The rail crossing was classified as ‘passive’ meaning it only had a stop sign and no flashing lights or boom gates.

‘Both (were) incredibly sensible and hardworking men who did not race the train and with better railway safety measures both would still be here today,’ she said. 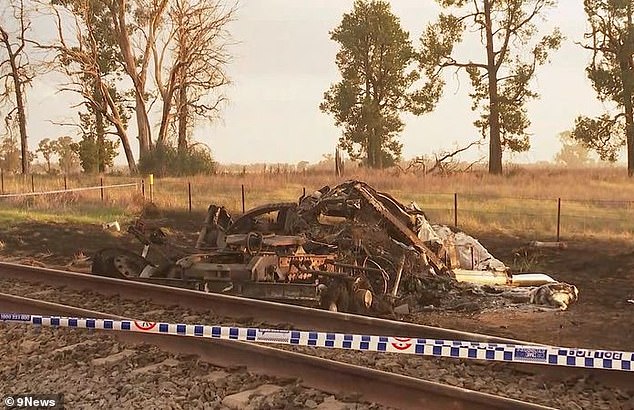 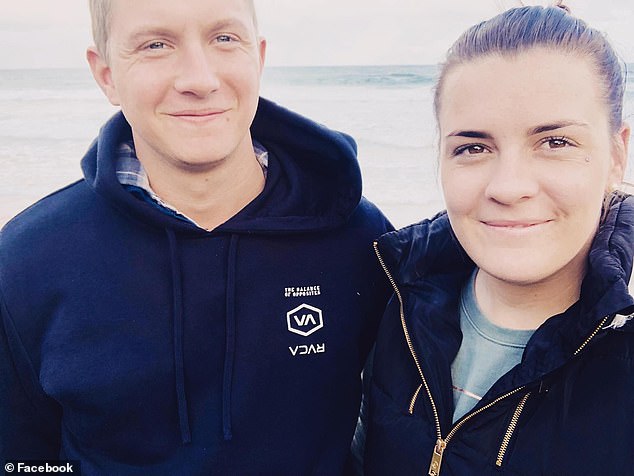 Ms Bott said she had been with Mr Hunter (pictured together) since she was 18, describing him as ‘the love of my life’ 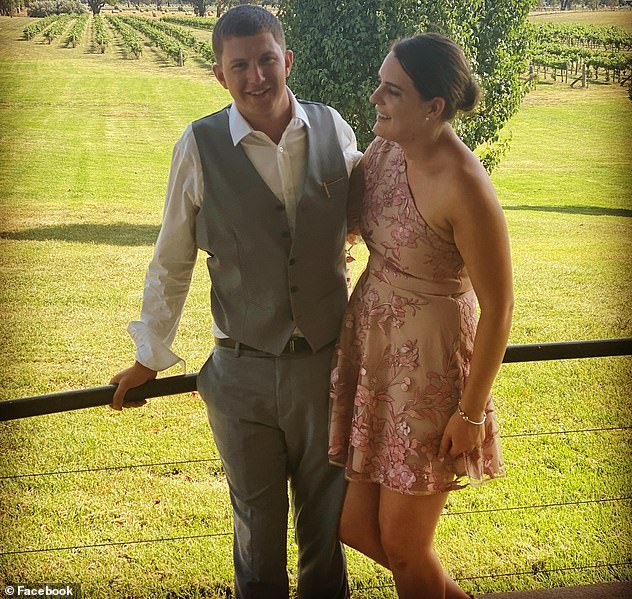 In a heartbreaking post online, Ms Bott said ‘Instead of planning my dream Fijian wedding with Ethan, I planned his funeral’

‘This railway crossing had only a simple stop and look for trains sign. The railway lines view is obstructed with overgrown grass and a significant amount of trees.’

Ms Bott has launched an online petition calling for improved safety measures at all rail crossings, and has met with her local state member of parliament Steph Cooke as she ramps up her campaign.

‘I will never be able to bring Ethan back, but I can fight to make sure I do all I can to prevent anyone else going through the pain I feel. This is for you Ethan Hunter and Mark Fenton, I promise we are all going to fight for you.’ 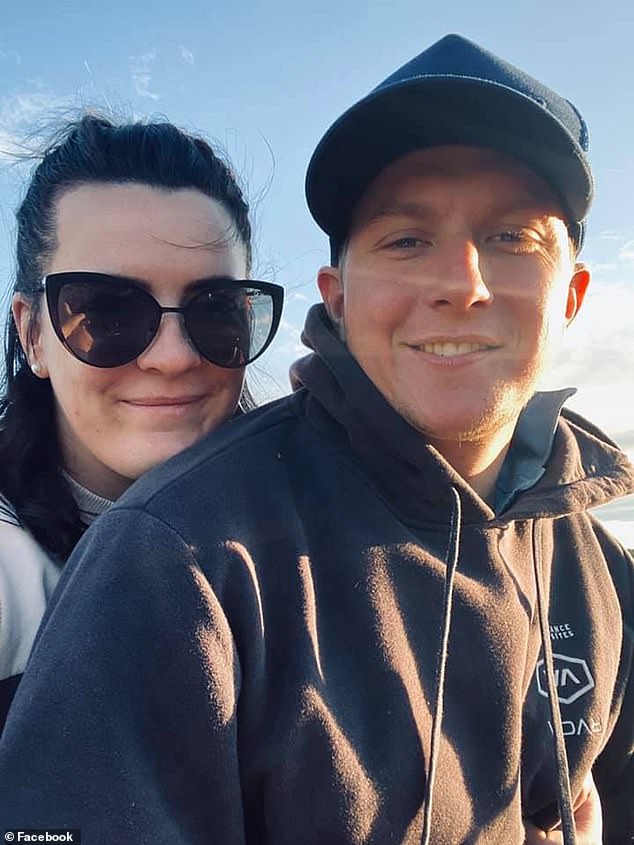 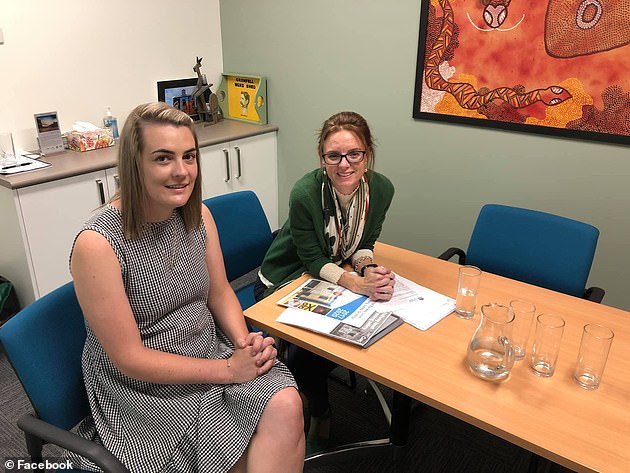 In early April, Ms Bott met with her local state member of parliament Steph Cooke (pictured together) to discuss her petition calling for better safety measures at rail crossings

According to the Australian Track Rail Corporation there are more than 1000 near hits between vehicles and trains and almost 30 fatalities every year at rail crossings.

Across Australia, there are more than 23,500 railway level crossings, with only 21 per cent classed as ‘active’, meaning they have boom gates and or flashing lights.

‘I will provide every support to Madeline to ensure her online petition can be presented to NSW Parliament and collective calls from our community for improved railway level crossings are heard,’ Ms Cooke said.

Daily Mail Australia has reached out to Transport NSW for comment.