This is the moment machete-wielding thugs hold a sword-fighting duel in a street battle that left a teenager with a fractured skull and a stabbed leg.

Two boys, aged 15 and 17, were taken to hospital with serious injuries after the fight in Leeds, West Yorkshire, at around 6.45pm on Tuesday.

Footage shows the pair holding bladed weapons and facing off next to a busy street, with a bus and cars seen driving past in the background.

Sean O’Hagan, the 57-year-old father of professional boxing champion Josh Warrington, took a picture of one of the machetes in a bush and likened the scene to ‘something from Pirates of the Caribbean’.

The 15-year-old suffered a fractured skull and a slash to his leg, while the 17-year-old was left with a wound to his wrist. The two teenagers were both arrested on suspicion of affray and remain in hospital. 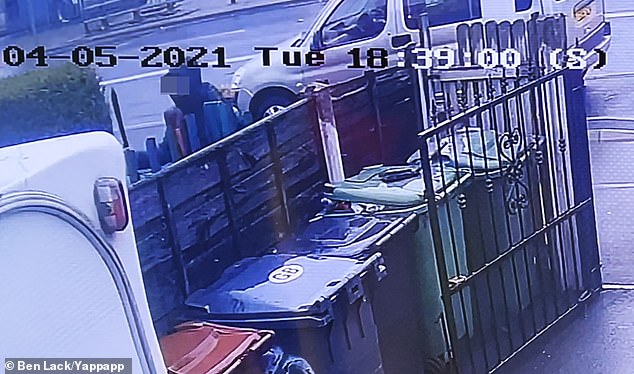 Footage shows the pair holding bladed weapons and facing off next to a busy street in Leeds, West Yorkshire, on Tuesday with a bus and cars seen driving past in the background

A 16-year-old boy, who police officers found near the scene with a machete and cannabis, has been charged with two counts of Section 18 wounding with intent, two counts of threatening a person with a bladed article in a public place, and possession of cannabis with intent to supply.

He appeared at Leeds Magistrates Court on Thursday.

A video shows one of the teenagers holding up their weapon and slowly backing away, while the other approaches him before turning back around.

At one point a passerby appears to intervene, making signals with their hands to stop and later speaking to officers in a police van that arrives at the scene.

Mr O’Hagan told The Sun: ‘It was chaos when I arrived home and there was blood everywhere.’

He added: ‘I have lived in this house for 15 years, and Josh grew up here, but this is mad. It was like something from Pirates of the Caribbean.’

One of his sons, Marcus, said he heard the fight and spotted the two teenagers holding machetes, with the incident lasting around three to four minutes.

He added that one of the boys cycled away with no injuries but the others were left wounded – one with a finger hanging off and another bleeding from the face. 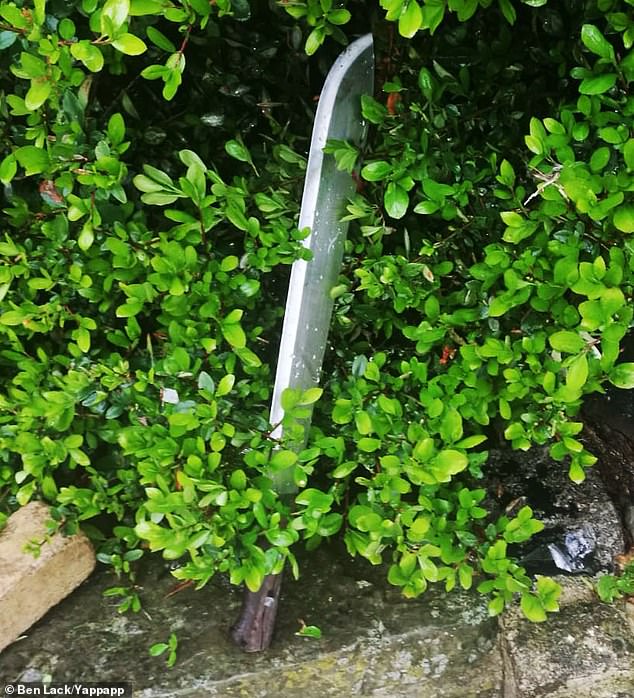 Sean O’Hagan, 57, the father of professional boxer Josh Warrington, took a picture of one of the machetes in a bush and likened the scene to ‘something from Pirates of the Caribbean’ 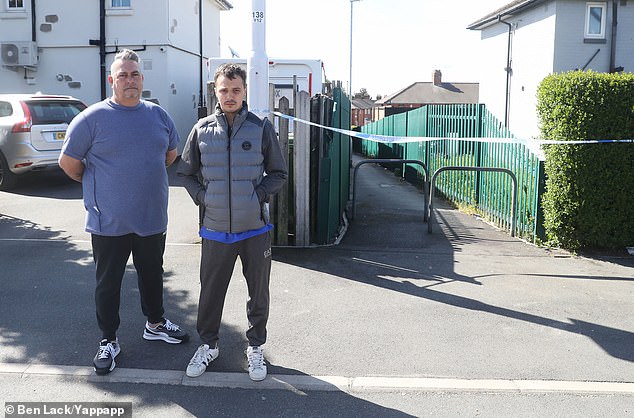 Mr O’Hagan pictured with one of his sons, Marcus, outside their home in Leeds where the machete fight took place, with a police cordon seen in the background

Detective Inspector Guy Shackleton said: ‘The younger male has received a very significant head injury consistent with being struck over the head with a machete, and we are treating this incident very seriously.

‘We are carrying out extensive enquiries to establish the full circumstances and are keen to hear from anyone who witnessed any part of the incident or saw those involved in the area.

‘This has happened alongside a busy main road in the early evening and there will have been a good deal of passing traffic. We would appeal to anyone who was travelling past the scene, particularly anyone with relevant dashcam footage, to contact us.

‘While the investigation remains at an early stage, there is nothing at this point to suggest a link to any other previous similar incidents. 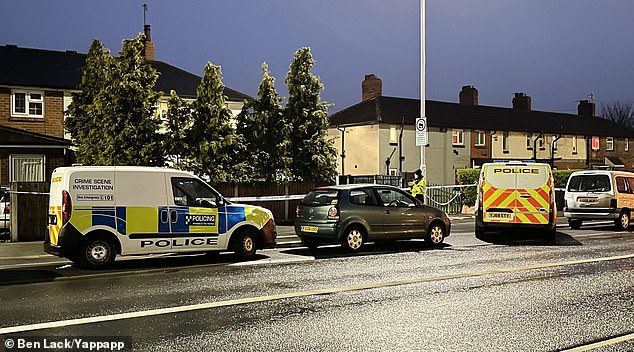 Police vans pictured at the scene. The two teenagers were both arrested on suspicion of affray and remain in hospital, while a 16-year-old found nearby appeared in court on Thursday

‘Clearly serious violence involving weapons is completely unacceptable and we are working closely with our colleagues on the local neighbourhood policing team who are increasing their patrols of the area to reassure residents and continuing to support proactive operations to target those carrying weapons on the streets.’

In a statement released yesterday, West Yorkshire Police said: ‘A youth is due to appear in court today charged in relation to an incident in Leeds involving machetes in which two youths were seriously injured.

‘The 16-year-old male, who cannot be publicly named due to his age, has been charged with two counts of Section 18 wounding with intent, two counts of threatening a person with a bladed article in a public place, and possession of cannabis with intent to supply.

‘The charges relate to an incident on Tuesday evening in a ginnel that runs between York Road and Rookwood Avenue, in Osmondthorpe.

‘The two injured males, aged 15 and 17, are continuing to receive treatment in hospital and remain under arrest on suspicion of affray in relation to the incident.

‘The youth charged is due to appear at Leeds Magistrates Court today.’