Long-term side effects of Covid can destroy your love life as loss of taste and smell are linked to a fall in sex drive, warns top psychologist

By Sophie Freeman for the Daily Mail


Covid sufferers may need sex therapy or marriage counselling in future if the virus damaged their sense of smell, a top psychologist has warned.

Loss of the ability to smell and taste is a common symptom of coronavirus. This is sometimes temporary, but other sufferers have reported long-term issues.

Dr Robert King said smell is so important to the power of attraction that loss of it – or changes to it – because of coronavirus could ruin relationships.

He warned that women may be worst-affected. 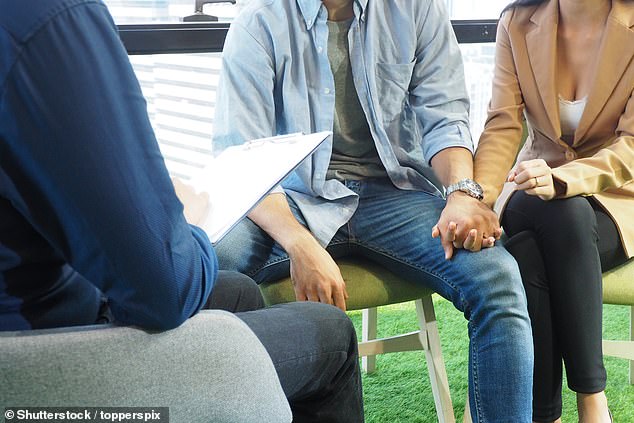 He added that previous studies had shown that if a woman’s sense of smell is altered by factors such as the contraceptive pill, it can ‘drastically change’ her attraction to her partner.

Dr King’s own research has found that women who described their male partner’s smell as attractive had more intense orgasms.

The expert, from University College Cork in Ireland, said his study showed that attractive partner smell predicted ‘vigorous, deeply-felt and energetic orgasmic responses’ better than any other characteristics.

Viagra strip that speeds up passion

A viagra strip that melts in the mouth could be just what some men need to speed up passion in the bedroom.

The soluble film takes effect faster than a pill, and scientist hope it will make sex more spontaneous for men with erectile dysfunction, which affects one in ten.

Viagra, also called sildenafil, can take up to an hour to work, and some men complain that it ruins the moment.

The strip could also help the 40 per cent of men who struggle taking pills.

Researchers in Thailand recruited 120 men with erectile dysfunction and gave half of them the strips to take for eight weeks and half the same drug in tablet form.

The results, published in The Journal of Sexual Medicine, showed the strips were as effective as pills, but enabled men to become aroused seven minutes faster than the tablets.

Meanwhile, Canadian firm IntelGenx plans to introduce a similar melt-in-the-mouth film, but the effects of which last longer, in the UK.

Other studies have shown that women have more cells in the area of the brain that is sensitive to smell than men.

Dr King said it is likely that women evolved these extra brain cells to pick up on signals that would help them find a biologically compatible partner so they could produce healthy babies.

He added: ‘While it is disputed exactly what is being signalled by partner smell, it is not in dispute that smell matters, especially to women, whose extra sensitivity to smell and 40 per cent extra density of… neural tissue [in this area] is presumably doing something important.

‘It is therefore likely that the effects of Covid are going to be seen by sex therapists, marriage guidance counsellors and similar in the months and years to come,’ he wrote in a letter to the scientific journal Archives of Sexual Behaviour.

Some scientists believe that a person’s natural scent conveys information about their immune system.

It is thought we prefer the smell of a potential mate whose immune genes are different enough from ours that we would be likely to produce a healthy baby.

Women may have evolved greater sensitivity in this area because their ‘reproductive investment’ – nine months’ pregnancy – is longer than men’.

If a woman’s child were to die, she would be less likely to go on to reproduce again and so she would not pass on her genes.

In a 2021 Italian study, a 29-year-old woman who had Covid-related smell loss told researchers: ‘Without any scent clues, and with this strange, bitter taste when we kiss, my boyfriend became a total stranger to me.  My sex drive disappeared… I have left him.’