There’s no turning back for AGL as the Liddell power plant prepares for a post-coal future.

Diversified engineering firm Delta Group has been awarded the contract for the first stage of closure, decommissioning and demolition planning for Liddell, AGL said on Friday.

For 50 years, the Liddell power station has produced around 8000 gigawatt hours of electricity annually, powering more than one million average Australian family homes. 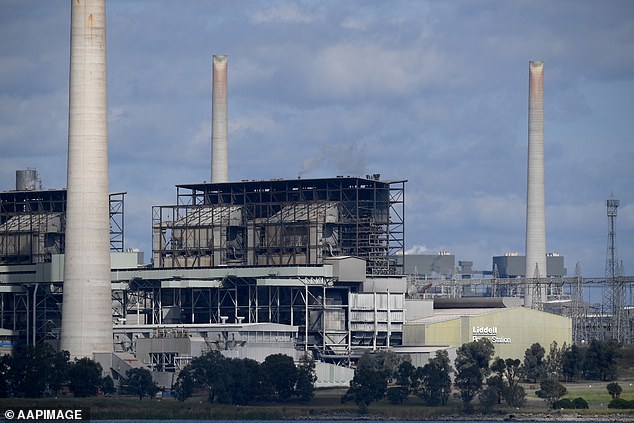 Liddell power station in Muswellbrook, in the NSW Hunter Valley (above) is set to close after 50 years

‘Sure is a bittersweet moment for AGL – the station and its people play such an important role in Australia’s energy supply,” AGL Chief Operating Officer Markus Brokhof said.

“Australia’s future energy needs will be delivered through a combination of technologies – gas, hydrogen, pumped hydro, renewables and firming technologies and industrial developments.”

The Morrison and Berejiklian governments earlier this week announced funding for EnergyAustralia to build a new gas-fired pow er station in NSW to support affordable and reliable power beyond 2023.

“I think that’s a great contribution to the task that we have to replace the capacity that will be lost as a result of Liddell,” Prime Minister Scott Morrison told reporters on Friday.

“(Energy Minister) Angus Taylor and I know what the task is and there’s a lot more to be done.”

“This is about ensuring a gas-fired recovery and that’s what the Hunter needs.”

AGL plans to develop the Liddell site into an energy hub of solar storage systems, grid-scale batteries and a waste-to-energy facility as part of the company’s commitment to net zero emissions by 2050.

The engineering contractor worked with Engie Australia in Victoria’s Latrobe Valley on the closure of the Hazelwood power station.

The first stage of works will conclude in mid-July 2021.