A JCB driver who killed a 79-year-old grandfather of seven by knocking him off his motorbike while high on cocaine was today jailed for three and a half years.

Joshua Whittaker, 24, was pulling out of a building site when he smashed into retired university lecturer Dr Anthony Hindle’s Suzuki, killing him instantly.

Dr Hindle, a father of three, suffered serious head and chest injuries and died at the scene on May 21, 2020.

He had a PHD in ergonomics and spent 30 years working as a senior lecturer at Lancaster University. 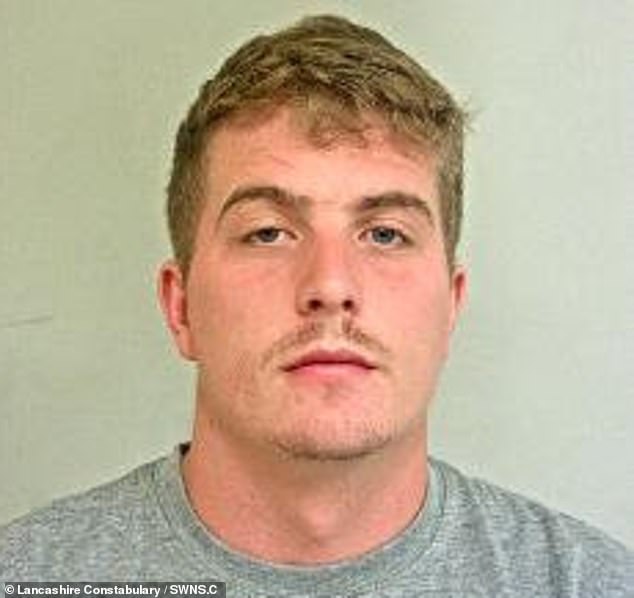 Joshua Whittaker, 24, was pulling out of a building site when his vehicle smashed into retired university lecturer Dr Anthony Hindle’s Suzuki, killing him instantly 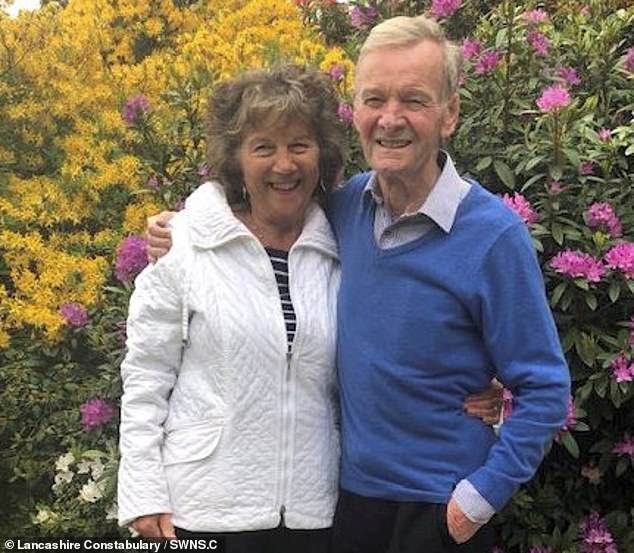 Dr Hindle, a father of three, (pictured with his wife, Christine) suffered serious head and chest injuries and died at the scene on May 21, 2020

Whittaker, who admitted causing death by driving without due care or consideration while under the influence of drugs, was jailed at Preston Crown Court.

Dr Hindle had been out for a ride on his motorbike in the picturesque Forest of Bowland Area of Outstanding Natural Beauty on the day of his death, police said.

But as he rode along Hollins Lane in the village of Forton, Lancashire, a JCB driven by Whittaker pulled out from a construction site into the road.

Dr Hindle’s motorcycle collided with the JCB’s steel bucket and he was thrown off the bike and across the carriageway before he stopped next to a white ford transit van.

Lancashire Police said tests had shown that Whittaker, of Scorton, had cocaine in his system at the time of the collision.

In a heart-breaking victim statement read out in court, Mr Hindle’s widow Christine said words could not explain ‘the constant loneliness and sadness’ she felt.

She said the couple met at a village dance and dated for five years while he was at university and she trained to be a nurse.

They married in 1963 and spent 57 happy years together before her ‘loving and kind husband’ was cruelly taken away from her. 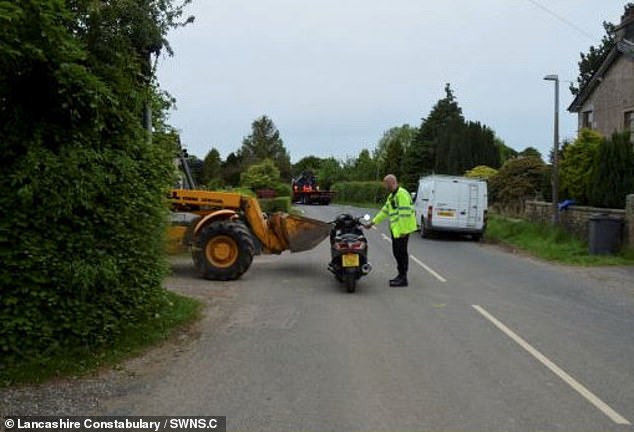 Police recreating the positioning of the vehicles when the crash happened

She said: ‘My darling Tony was the love of my life. I miss everything, especially the hugs every day. I feel his being killed that day has also totally taken my life too.

‘My life and heart is lonely and broken. It is the longest, loneliest journey I have had to walk after losing the one I love – and I will have to continue to walk it.

‘He had an amazing memory and could always be humorous.

‘He was talented – singing and dancing in amateur theatre; playing music including the piano and clarinet; acting and being very active in sport as an amateur cricketer.’

His three children Penny, Giles and Adam also paid tribute to their father, who they said was a ‘fantastic’ grandfather and great-grandfather.

Penny Hindle said: ‘I really miss him and it’s never gone away or eased at all since it happened. 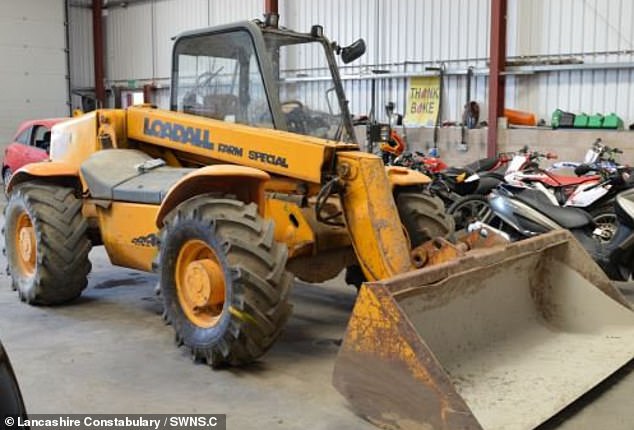 ‘My recollection of him in childhood was of him reading to me, encouraging life-long learning and pushing me in a constant quest for more knowledge.

‘He was fantastic as a grandad and great-grandad.’

His son Giles said his father was ‘taken from us in a careless act by a selfish young man’.

He added: ‘Dad has always been a guide to me. I never got to say goodbye to him and thank him for everything he helped me become.’

Sgt Martin Wilcock, of Lancashire Police, said: ‘Whittaker’s reckless actions on that fateful day has impacted on many lives – not only those who loved and cherished Dr Hindle but also on Whittaker himself and his family.’