Kmart has recalled a popular chair due to an ‘entrapment and laceration’ hazard after several people reportedly had their toes sliced by the seat.

The retail giant re-issued a previous recall of its Metal Chair on Tuesday, which was first released in 2016, amid ongoing concerns for customers’ safety.

The furniture item was sold at Kmart between July 2014 and March 2016 and was available in red, black, and white.

‘At Kmart, we take the quality and safety of our products very seriously, which is why we are re-issuing a previous recall released in April 2016,’ the company said in an online. 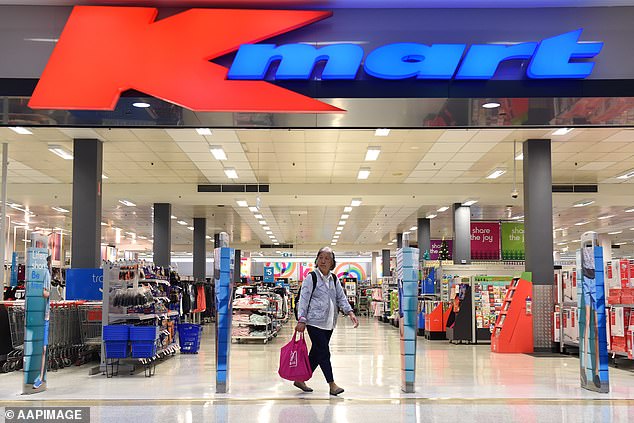 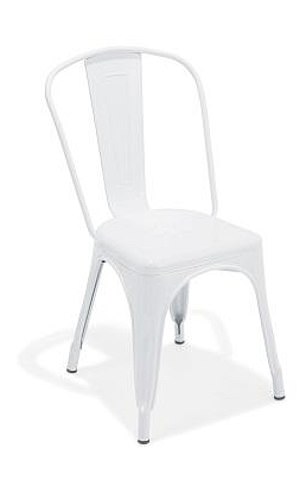 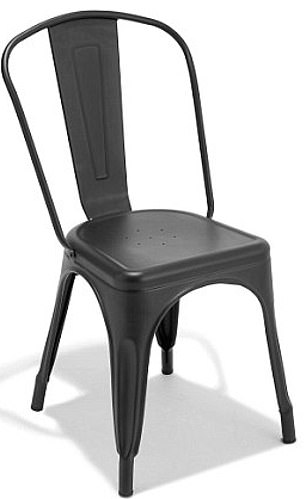 The popular chairs (pictured) were sold at Kmart between July 2014 and March 2016, and were available in red, black, and white

‘The tapering of the inside bottom of the chair legs may lead to an entrapment or laceration hazard.’

In 2016, thousands of the ‘Tolix’ style chairs, which were also sold at Brayco and Fantastic Furniture, were pulled from shelves amid reports at least eight people had their toes cut off by the sharp edges at the bottom.

A Queensland man severed half of his toe after it got caught on the cafe chair while he was wearing thongs, while in a separate incident, an 11-year-old boy from the same state sliced his foot at a family BBQ.

Anyone who still has the chair at home has been urged to cease using the product immediately or visit a store to collect parts that can prevent the hazard.

‘Kmart can supply a free plug insert kit to customers and these plugs will need to be inserted into the legs of the chairs. Once the plugs have been inserted, customers can continue using the chairs,’ the company said in a Facebook post.

‘The plugs will be available by contacting our Kmart Customer Service team. Alternatively customers can return the chairs for a full refund, with or without a receipt. 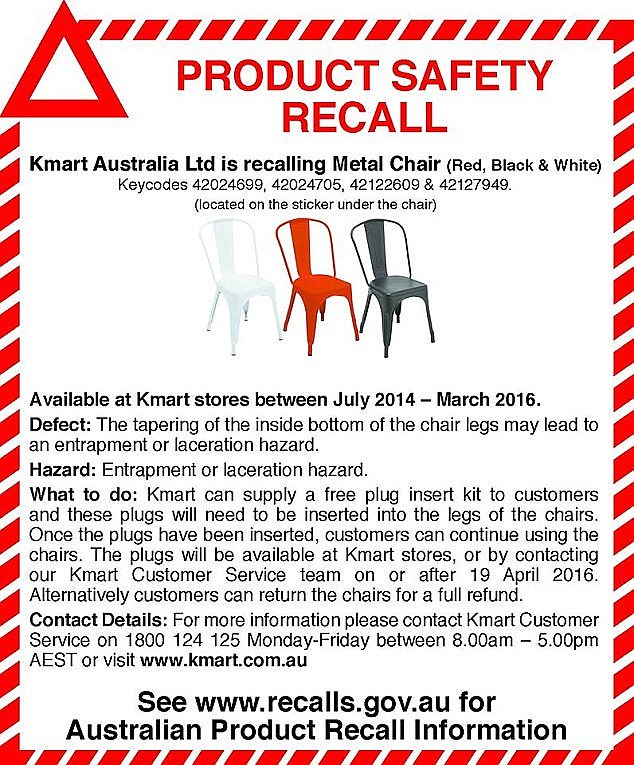