Disgraced actor Kevin Spacey has begun to fight back against the allegations of sexual assault which ruined him – and John Barrowman will be his star witness.

The Doctor Who actor has already given evidence to the US star’s legal team, it can be revealed.

Spacey, 62, now completely denies that he assaulted Anthony Rapp in 1986 and is calling for the case against him to be dismissed.

And Barrowman – who has faced his own allegations of misconduct – is the first name on the list of witnesses.

He was dropped as a judge of Dancing on Ice after allegations that he had exposed himself to colleagues on the set of Doctor Who and Torchwood.

Barrowman, 54, said his actions were ‘only ever intended in good humour’. 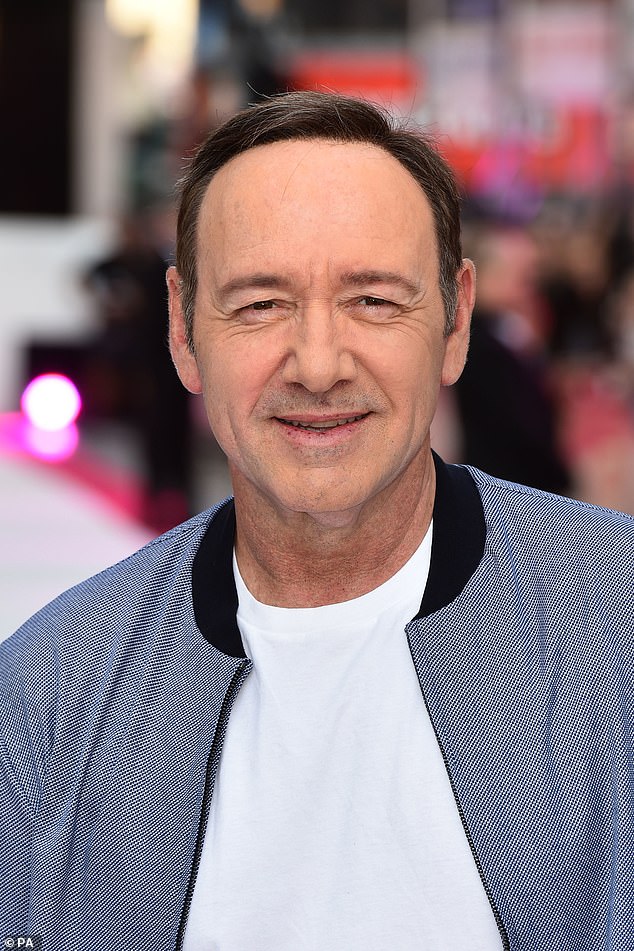 Kevin Spacey had apologised for his behaviour, but now denies the incident ever took place, with his lawyers calling the allegations against him ‘quite simply false’

He added at the time: ‘I understand that upset may have been caused by my exuberant behaviour and I have apologised for this previously.’

The allegations against double-Oscar-winner Spacey emerged in 2017.

Rapp said he grabbed his buttocks and lifted him on to a bed at a house party in New York when Rapp was aged 14 and the actor was 26, Buzzfeed News reported.

When questioned by the star’s lawyers under oath, Rapp said Spacey then lay on top of him but there was no groping, kissing, undressing, or verbal sexual approach from Spacey, whose hands were ‘behind my back holding my shoulders’.

Spacey previously said he had ‘no recollection’ of the incident and offered his ‘sincerest apology’ for ‘what would have been deeply inappropriate drunken behaviour’.

Rapp is suing him for mental and emotional suffering and punitive damages after being ‘touched in a sexual manner’.

But in papers filed last Friday, Spacey’s legal team have asked for the case to be discontinued. 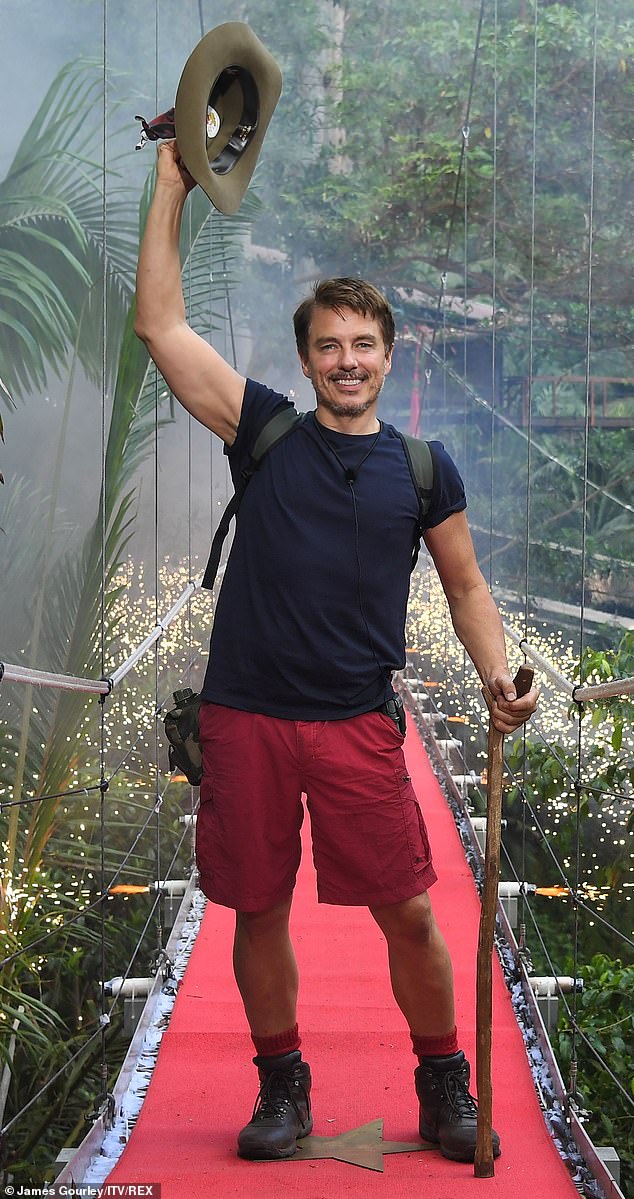 John Barrowman, pictured here after finishing third on ‘I’m a Celebrity… Get Me Out Of Here!’ in 2018, is one of Spacey’s witnesses for an upcoming trial

They said there was no assault and no sexual motivation, which means the allegation cannot be brought under the New York Child Victims Act – which extended the statute of limitations in sexual abuse cases.

Spacey now denies that he assaulted Rapp, denies that Rapp attended a party at his New York apartment and denies the apartment he lived in at the time even had a bedroom, which is where Rapp said the incident took place.

‘[The] plaintiff’s allegations are quite simply false and never occurred,’ said his lawyers.

A jury trial is expected to run for two weeks later this year.

And his legal team will refer to a 2009 memoir written by Barrowman – called Anything Goes.

In the book, he recalls visiting New York in 1986 to see his friend Rapp.

The pair also met Spacey before visiting a club in New York with him.

Rapp said the ‘assault’ happened ‘a few days later’ when Spacey invited him to a party at his apartment.

The actor has barely worked since the Rapp accusations in 2017 and has been living quietly in London. 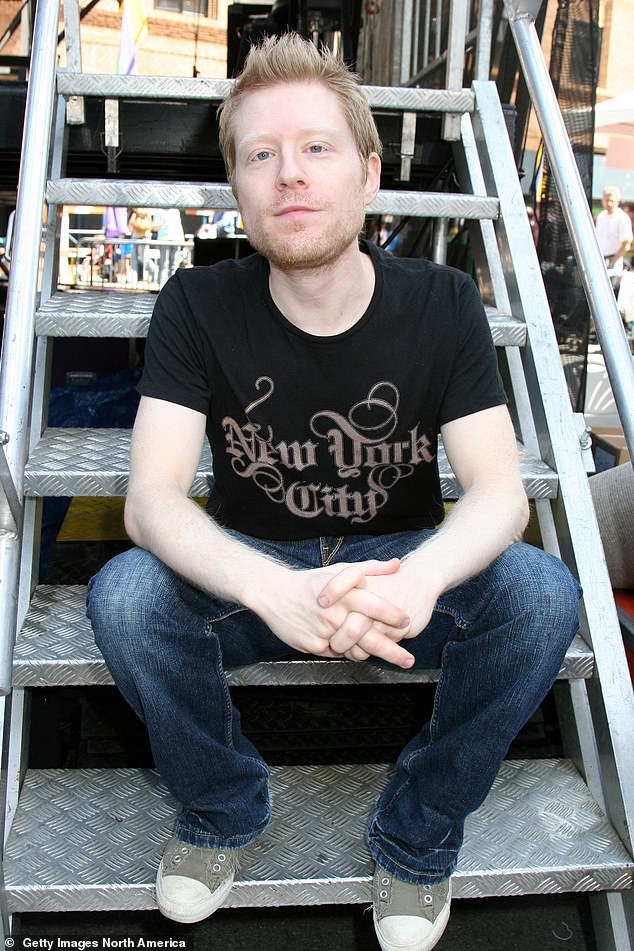 Anthony Rapp, pictured here at the Family Festival Street Fair in New York City, said Spacey touched him in a ‘sexual manner’ at a house party when he was 14 and the future Oscar Winner was 26

Scotland Yard has investigated six allegations of sex attacks by Spacey between 1996 and 2013, which includes the period when he was the artistic director of The Old Vic.

The Crown Prosecution Service will decide whether to press charges.

Various other proceedings against him have failed.

A federal sexual assault case brought against him in LA by a massage therapist was dropped after the masseur died.

And the son of a TV anchor in Boston said that Spacey had plied him with booze and sexually assaulted him – but the civil suit was dropped, as was a related criminal case.

However, in 2020 Spacey lost a confidential arbitration ruling.

The production company MRC – which is behind House of Cards, the show Spacey starred in – argued he owed them millions in lost profits because his alleged misconduct on set forced them to write him out and heavily edit the series.

The judgment became public last November, when MRC filed a petition in a civil court to confirm the £23million they alleged he owed.

His lawyers have filed an opposition, arguing his behaviour was ‘innocent horseplay’ and did not violate MRC’s anti-harassment policy.