A pensioner has seen £50,000 knocked off the value of his luxury seafront flat thanks to the building of a toilet block opposite.

James Johnston’s sea view is obstructed by the grey and blue plastic block, which he described as ‘horrible’.

The 87-year-old recently put his apartment up for sale but said all 18 viewers so far have been put off by the toilets. 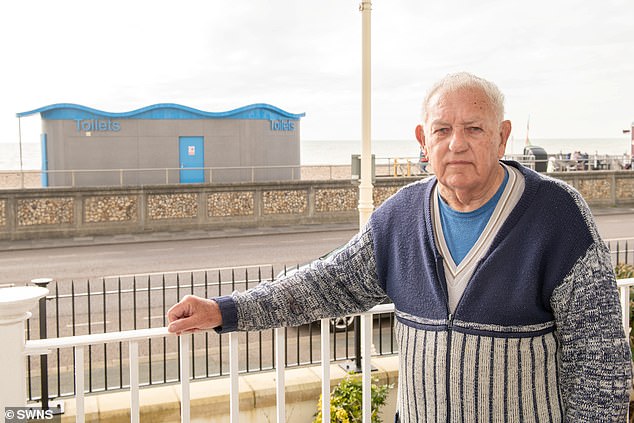 James Johnston says the new block of toilets has knocked £50,000 off the value of his seafront property 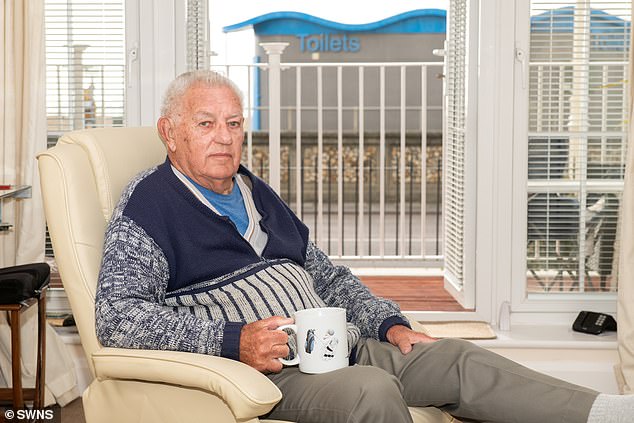 The 87-year-old, who lives in Bognor Regis, says he has been forced to lower the price of his apartment after the toilets replaced a council beach office in 2018 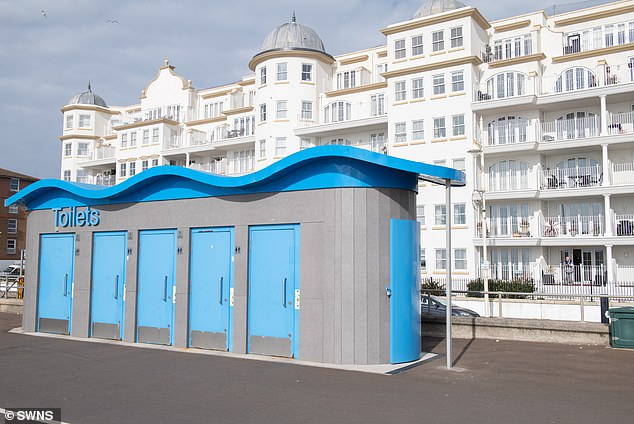 At the time, his balcony looked over a council beach office, which was replaced by the toilet block in 2018.

He said: ‘It’s ridiculous. You knew the foreshore office was there, but at least it fitted in with everything else.

‘The toilets don’t match anything. It’s a horrible building.’

He and other residents had objected to the block, which was built by Arun District Council.

A council spokesman said the public had every chance to voice their concerns, adding: ‘These essential public facilities have been constructed in full compliance with the planning consent granted.’

But estate agent Gail Chisham said: ‘It feels like no matter what the price is, I just don’t think we will find a buyer.’