Curl up with curling! As team GB wins gold, we check in to the world’s only hotel with a dedicated rink to see if an Englishman can master this 500-year-old Scottish activity

By Simon Heptinstall For The Daily Mail


We might not have known all the rules but many of us stayed up until the early hours of Sunday to watch Eve Muirhead and her curling team win Team GB’s only gold medal at the Winter Olympics.

It’s too early to say if there will be a long-term interest in this curious sport — but there is one place in the UK where you can combine a comfortable stay with a spot of curling: the little-known North West Castle Hotel in Stranraer.

The hotel was established by Hammy McMillan, former captain of the British Olympic curling team, and along with 72 rooms there’s a proper curling rink. 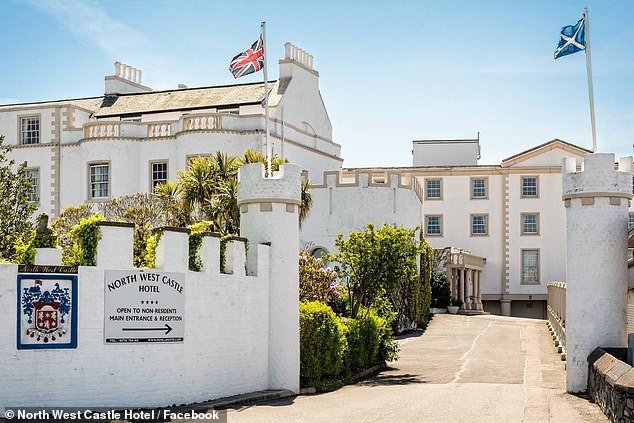 Win win: There’s a proper curling rink along with 72 rooms at the North West Castle Hotel in Stranraer

Hammy’s hotel is almost a shrine to what Scots call ‘the roaring game’, after the noise the granite stone makes skidding across the ice.

The rink is the main attraction, reached through a door next to the reception desk and overlooked by a large bar and restaurant.

There are four different ‘sheets’ or ice curling aisles; a shop selling clothes, shoes, gloves and souvenirs; and a team of expert instructors. Walls are decorated with portraits of top curlers, paintings of ancient scenes, banners, pennants and lists of trophy winners.

I visited North West Castle to try a beginner’s curling package. An overnight ‘stay-and-play’ deal for £125 gives a couple the chance to stay, have dinner, breakfast — and try a curling session with a professional trainer.

I had a private notion that — despite being an Englishman with no skating ability at all — I might be rather good at this 500-year-old Scottish activity. 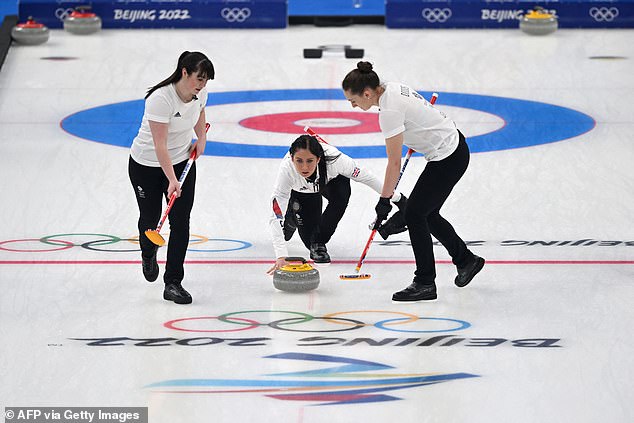 ‘Many of us stayed up until the early hours of Sunday to watch Eve Muirhead and her curling team win Team GB’s only gold medal at the Winter Olympics,’ writes Simon. Pictured: Muirhead (centre), Hailey Duff (left), and Jennifer Dodds (right)

My first clue that it isn’t as easy as it looks came when my instructor handed me a pair of curling shoes — one with a slippery sole, one with a grippy one.

When the Olympic stars move across ice it looks like ballet. I looked like a drunk receiving an electric shock. Somehow, you then have to launch yourself from a starting block called a ‘hack’, clutching a brush in one hand for balance and a 44lb granite stone in the other. The next skill is knowing when to let go of this heavy stone. Too soon and it hurtles over the target into the back wall. Hold on too long and you slide down the aisle along with your stone, looking silly. I did both.

Vigorous brushing makes up to 12ft difference to the length of a shot but mine was useless because I was more concerned with staying upright. As I wobbled on my shaky legs back to my room afterwards I realised the entire hotel is decorated with a bespoke carpet — featuring a repeated pattern of curling stones.