A traumatised doctor has broken down in tears at an inquest, reflecting on how a relatively well teenager was joking with his father the night before his sudden death.

Alex Braes, 18, died at Sydney’s Royal Prince Alfred Hospital about 46 hours after limping into Broken Hill Base Hospital at 3am on September 20, 2017.

In lieu of an autopsy, a panel of experts determined he had an unusual presentation of a fast-acting, highly lethal infection, the NSW Coroners Court has been told.

The court is examining Mr Braes’ treatment at the hospital, where he presented three times on September 20, and the delayed process to get him to a specialist city hospital. 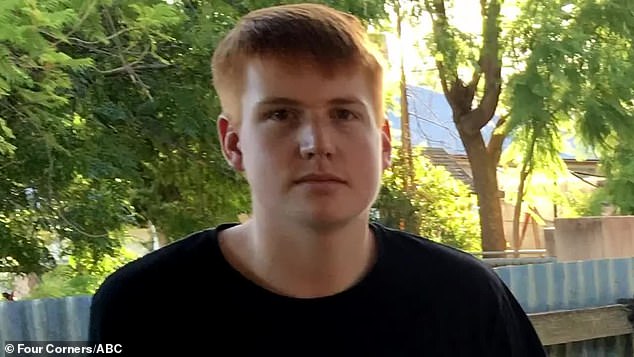 The 18-year-old from Broken Hill in far-west NSW, died 46 hours after his first visit to the Broken Hill Base Hospital in September 2017 after complaining of severe pain in his left knee

‘We were all profoundly traumatised by it,’ David Hooper told the inquest on Tuesday.

Dr Hooper assessed Mr Braes on the evening of September 20 when the teenager came in to get results of scans on his increasingly painful left knee.

Another doctor, Devinda Arangala, had provisionally diagnosed Mr Braes with a knee ligament injury during a 3am presentation.

Dr Hooper said the case struck him as a young man who’d twisted his knee, even after examining an infected toenail experts say may have been the source of the lethal infection. 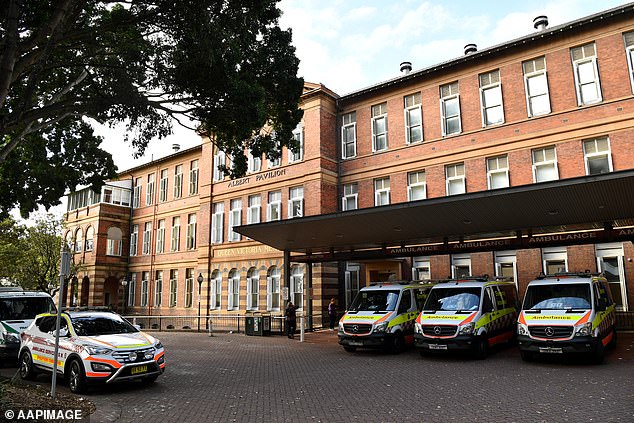 ‘If I thought Alex was unwell at the time I saw him, I would have investigated,’ he said.

But he admitted he now wished he’d taken the teenager’s vital signs, such as heart rate and temperature, in case they had demonstrated something was askew.

What is necrotising fasciitis?

Necrotising fasciitis is a rare but serious bacterial infection that affects the tissue beneath the skin and surrounding muscles and organs (fascia).

It’s called the ‘flesh-eating disease’, although the bacteria that cause it do not ‘eat’ flesh, but release toxins that damage nearby tissue.

Necrotising fasciitis can start from a relatively minor injury, such as a small cut, but gets worse very quickly and can be life threatening if it’s not recognised and treated early on.

Breaking down in tears, he told Mr Braes’ father how he still vividly remembered how sweetly the Braes men treated each other on the night he’d seen them.

‘I remember thinking you were a really good dad,’ he said.

‘I feel heartbroken that I still have my child and you’ve lost your boy.

‘I’ll think about Alex and your family forever and I’m sorry.’

Mr Braes deteriorated the morning of September 21, returning to hospital with his knee and ankle going black and blood poisoning affecting his organs.

He died in Sydney after no bed was available in the nearest city, Adelaide.

At the time, it was a ‘constant’ issue trying to get critically unwell patients evacuated to Adelaide with doctors forced to ‘shop’ patients around various hospitals, the inquest heard.

A centralised medevac dispatch system has since been introduced and Broken Hill now has formalised agreements with Royal Adelaide Hospital and The Women’s and Children’s Hospital, Adelaide.

Expert evidence before the coroner says the teen had invasive group A streptococcal – a potentially fast-acting infection that sometimes develops into necrotising fasciitis or flesh-eating disease.

The death rate can be as high as 50 per cent, even with early and aggressive intervention.

Dr Hooper said the case had made him ‘very guarded, even paranoid’ about patients, especially those with infected toenails. 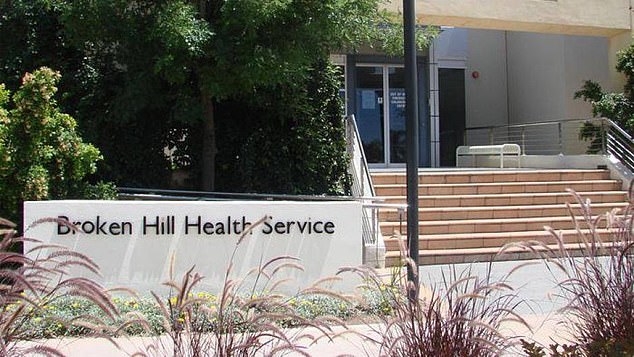 In lieu of an autopsy, a panel of experts determined he had an unusual presentation of a fast-acting, highly lethal infection, the NSW Coroners Court was told on

Also testifying on Tuesday, Dr Arangala admitted in retrospect it would have been useful to conduct a full set of vital signs for Mr Braes, a process taking two to five minutes.

Instead, the only set of numbers recorded was Mr Braes’ pain score at rest and during movement, while notes indicated ‘normal’ pulse and no fever.

‘(At that time) I’d decide on which obs were most clinically relevant,’ Dr Arangala said.

There was no sign of extreme unbearable pain, a symptom of necrotising fasciitis, or any other clear sign of infection, the doctor said.

‘I considered infection but it was low down on my list of differentials,’ he said.

The inquest, sitting in Broken Hill, continues on Wednesday.