An Indian cricket legend has copped heavy criticism after claiming Shane Warne is not the world’s greatest ever spin bowler just hours after his death.

Ex-Indian captain Sunil Gavaskar, 72, said he believed Sri Lankan great Muttiah Muralitharan was the greatest ever spinner after being asked about Warne’s legacy during an appearance on India Today on Friday evening.

‘For me the Indian spinners and Muralitharan were better than Shane Warne,’ Gavaskar said.

He said Warne’s bowling record in India was poor, having only been dominant there once. 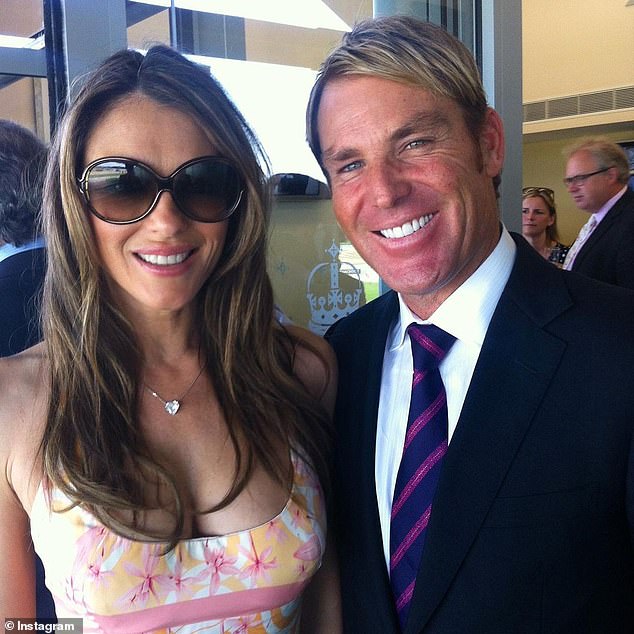 Late cricket legend Shane Warne with his ex-fiancée Elizabeth Hurley.  Ex-Indian captain Sunil Gavaskar, 72, has been criticised after claiming Warne is not the world’s greatest ever spin bowler just hours after his death

‘In India, he got five wickets only once in Nagpur, and that too because Zaheer Khan swung wildly against him to give him a five-for,’ he said.

‘Because he did not have much success against Indian players who were very good players of spin, I don’t think I would call him the greatest.

‘Muttiah Muralitharan – with the greater success he had against India, I would rank him over Warne in my book.’

Warne trails Muralitharan in the Test wicket standings, with 708 wickets taken compared to the Sri Lankan’s 800.

But many cricket fans believed Gavaskar’s comments were in bad taste considering how soon they were made after Warne’s death at the age of 52 from a suspected heart attack.

‘Gavaskar needs to be banned from attending interviews and all,’ one wrote on Twitter. ‘That comment on Warne was so disgusting! Really felt bad.’

‘Honestly, Sunny, it’s not the time.. could have just sidestepped it.’

Another said the timing of his contribution to the debate was ‘classless’. 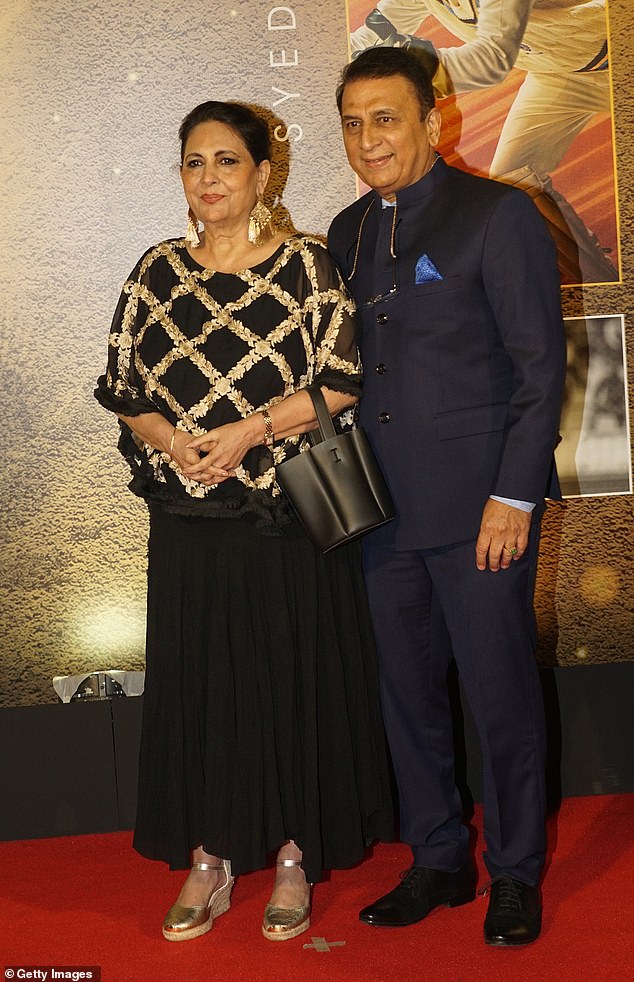 Sunil Gavaskar pictured right with his wife Marshneil. He said Warne’s bowling record in India was poor and that the Australian struggled against Indian batsmen 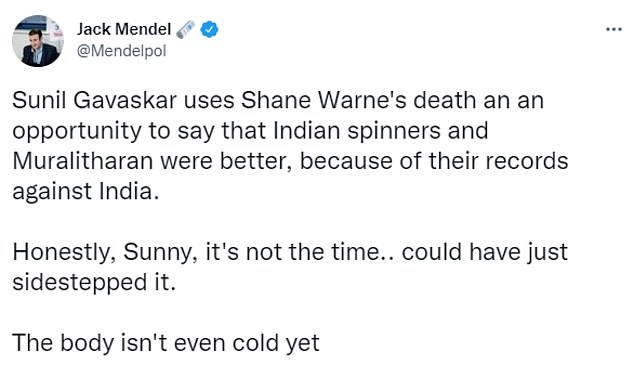 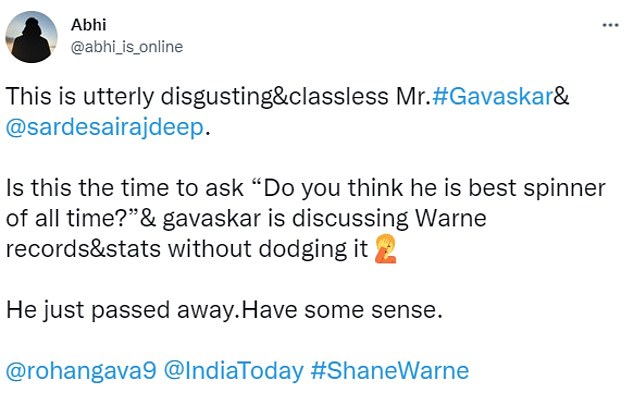 Others said Gavaskar’s comment was fair given he had been asked specifically about Warne’s Test record.

‘Sunil Gavaskar gave his honest answer what is wrong with that,’ one said.

The 72-year-old also spoke of his shock at hearing of Warne’s death at such a young age.

‘It was a huge shock, and my son actually sent me a message saying, “Is it true?”, and I didn’t know how to respond,’ he said.

Tributes for Warne have poured in over the weekend after the 52-year-old was found dead at his luxury villa in Thailand on Friday.

Close friend and ex-teammate Ricky Ponting broke down in tears repeatedly while paying tribute to Warne – who he met for the first time as a teenager.

‘He’d driven his car across to Launceston and we’d hang out and do a fair bit together,’ Ponting recalled in an interview with Seven News, before being caught by a wave of emotion.

Warne memorably gave Ponting the nickname ‘Punter’ when he met the then-teenager for the first time at the Australian Cricket Academy. 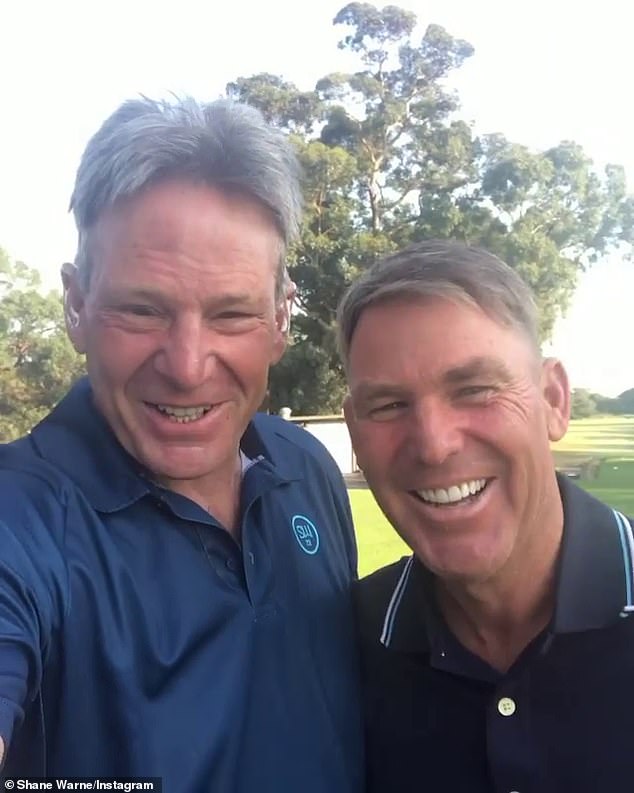 Sam Newman said he was in a state of shock when he heard his close friend had died of a suspected heart attack at a luxury villa on the Thai island of Koh Samui on Friday. The two are pictured together on the golf course

Moments later, Ponting broke down again as he told how the renaming of the Melbourne Cricket Ground’s Great Southern Stand after Warne was ‘the ultimate recognition of one of the world’s great sportsmen’.

On Sunday, Ponting took to to Instagram to pay tribute to the ‘greatest bowler I ever played with or against’.

‘I first met him when I was 15 at the Academy,’ he said. ‘He gave me my nickname. We were teammates for more than a decade, riding all the highs and lows together.’ 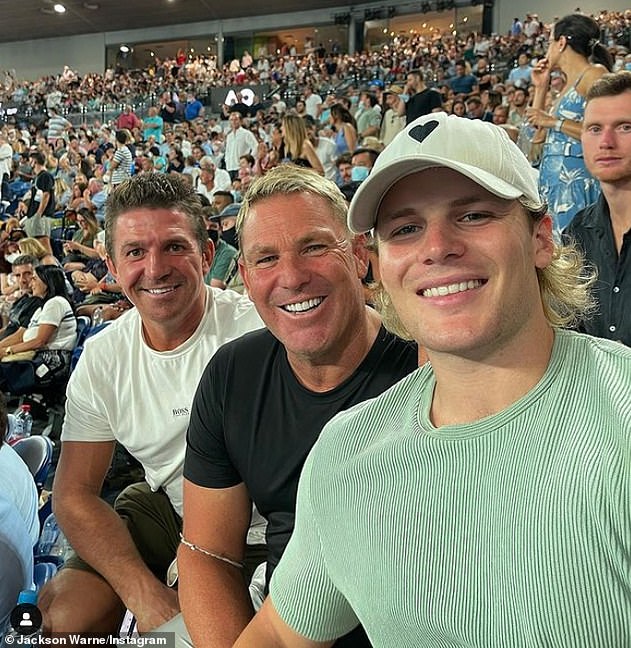 ‘Through it all he was someone you could always count on, someone who loved his family. Someone who would be there for you when you needed him and always put his mates first.’

Newman – a close friend of the 52-year-old – said he was in a state of shock when he heard Warne had died of a suspected heart attack at a luxury villa on the Thai island of Koh Samui on Friday.

The footy great spoke to Warne the day he flew out for the holiday, with the pair planning to look at a new car the cricket legend had his eye on when he returned to Australia.

The 76-year-old said he thought he was dreaming when he received an alert on his phone telling him the spin bowling icon was dead.