The Oceanview Walking Track – which cuts across Burleigh Head National Park on the Gold Coast in Queensland’s south-east and boasts views of the skyline – has been closed by authorities after two landslips in late March.

More than one million visitors use the track annually but Queensland’s Department of Environment and Science said the route was now unsafe for walkers.

The landslips came as the region was hit with life-threatening levels of rainfall, with parts of south-east Queensland receiving more than 500mm of rain in the space of two days. 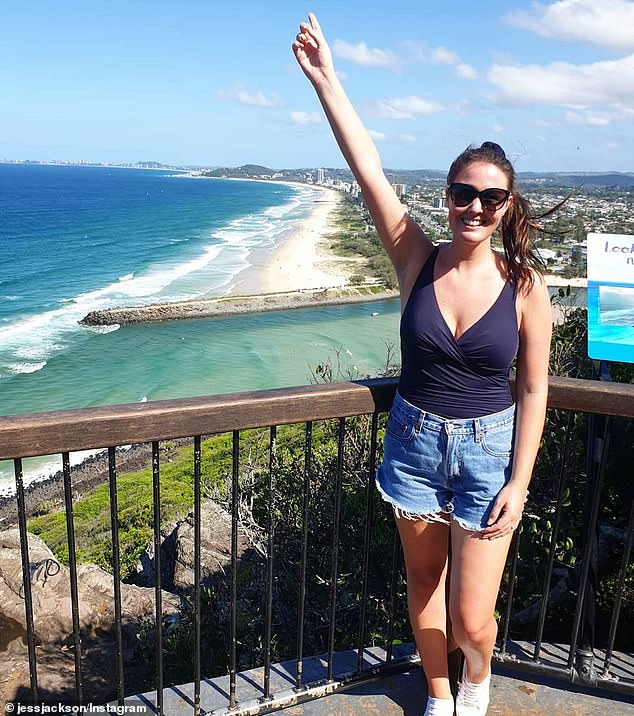 Pictured is one of the one million annual visitors to the iconic Oceanview Walking Track in the Burleigh Head National Park in south-east Queensland. The track has been closed indefinitely after it was damaged by landslides

The track was blocked by the landslips near the north weather gate when the path was already closed due to high rainfall.

‘Sections of handrail were damaged during the landslips and further assessment on slope stability and any damage to the track are taking place this week,’ a spokesman for the department said.

‘The landslip site remains unstable, with the potential for more soil and boulders to come down onto the track.’

A geotechnical engineer has been contracted by the Queensland Parks and Wildlife Service to assess the damage.

‘The track will remain closed until it is deemed safe to open by the engineer and QPWS,’ a spokesman for the department said.

‘For their safety, visitors are asked to observe all signage, barriers and directions from rangers and do not enter closed areas.’

The Rainforest Track – which runs north of the Oceanview Walking Track and includes scenic lookout spot – remains open to the public. 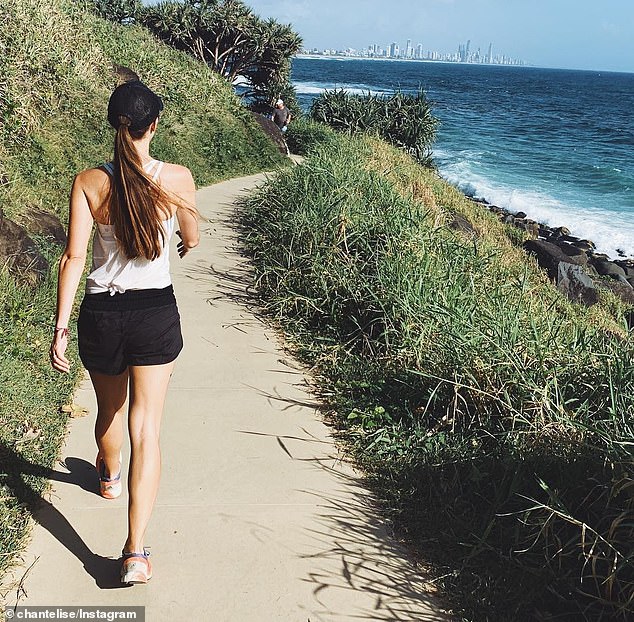 The track boasts views of the Gold Coast skyline in the distance. Queensland’s Department of Environment and Science said the route was now unsafe for walkers after it was damaged by the landslips 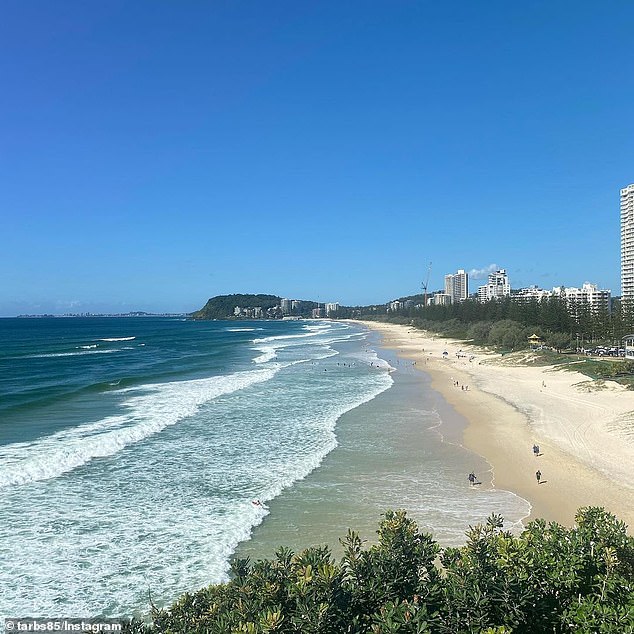 Pictured: The Burleigh Heads coastline. Ramblers can still use the Rainforest Track that runs to the north of the Oceanview track

The Oceanview track runs for 1.2km and skirts the coastline through tussock grasslands, coastal heath and mangroves from the southern edge of Burleigh Heads to Tallebudgera Creek.

Authorities have regularly closed the track after heavy rainfall.

In 2015, engineers removed 70 boulders from the top of the headland that were at risk of falling onto the track below.