Developers will finally grab a humble ‘island’ home next door to high rise apartments after a David and Goliath battle with the elderly owner ended with his death.

Barrie Dickson, 90, died last year after living in the Federation bungalow in Kogarah, in Sydney’s south, for 65 years.

He was approached by developers countless times to sell his home, but always refused in scenes similar to Darryl Kerrigan from Australian classic film The Castle. 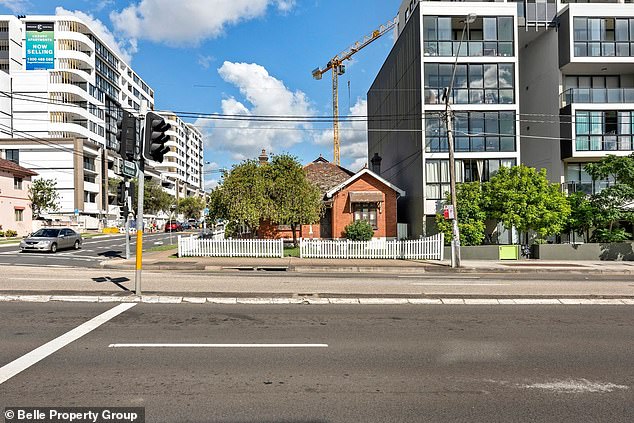 The property, at Kogarah in Sydney’s south, is surrounded by a number of high rise apartments

Mr Dickson’s daughter Joanne, who along with her brothers Greg and Peter are selling the house they grew up in, said they were proud of their father’s battle.

‘We all admired him for it,’ she told Domain. ‘He always spoke his mind and was a great believer in standing up for what he felt was right. He never wanted to leave.’

‘I think he moved around so much when he was young, he just wanted to put down stumps in one place and, from that moment, never wanted to go anywhere else.

‘Dad wouldn’t hear of anyone putting a price on his home. We all know progress comes along and that eventually it will happen no matter what, but he just wanted to stay in his home as long as he could, as he achieved that.’ 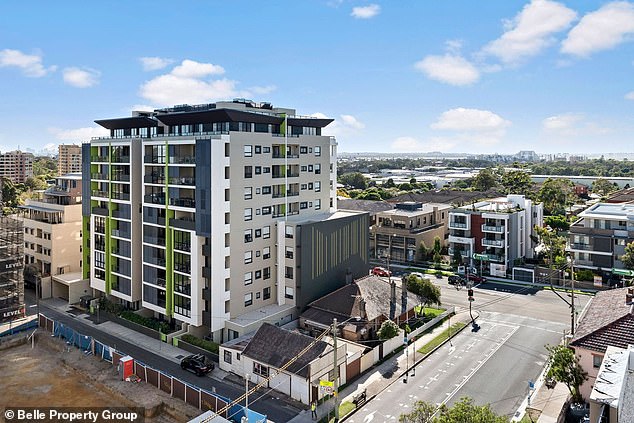 Mr Dickson previously said he was not anti-development, he just liked the suburban feel his home offered and didn’t want to move.

He was also convinced the volume of noise from the apartments next door contributed to the death of his wife in 2014 after 50-plus years of marriage.

‘When they come into local streets and put pressure on people who’ve been battling all their lives to get a home, it’s such a shame,’ he said four years ago.

Mark Somboli, the principal at Belle Property St George, expects the property to go under the hammer for at least $3 million – and is likely to be bought by a developer given it sits on a coveted 500sqm of land next to other apartment towers.

He also admired the late Mr Dickson, describing him as a ‘soldier’ who was a man of integrity.

The home, on the Princes Highway in Kogarah, features three-bedrooms and two-bathrooms and is also walking distance to a number of nearby schools. 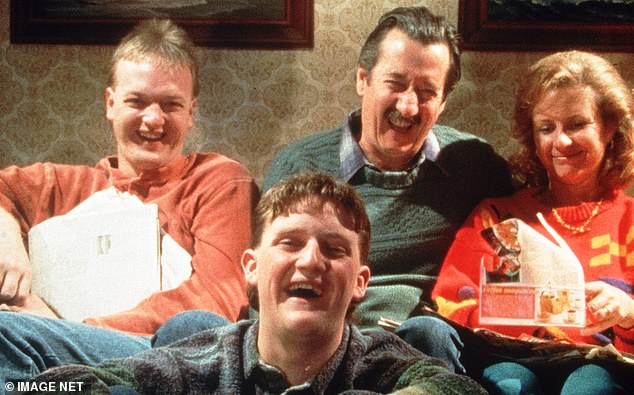