A massive carpet python has made himself at home at a northern New South Wales home as he was found slithering up the wall by its horrified owner.

Sandra Cummings filmed the resident reptile slithering up between the door and window of her home in Nymboida, a rural village 44km south-west of Grafton, which has since gone viral online.

It takes several minutes to reach the roof before he disappears inside through a hole, where he likely hopes to spend the next few months hibernating over winter. 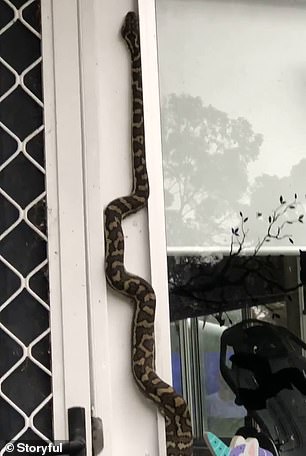 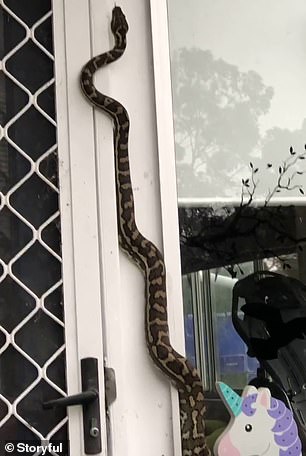 Ms Cummings shared her video with the Australian Native Animals Facebook page this week, which has more almost 37,000 members.

‘My resident python is very clever how he uses the window and door frame to get to the roof, ‘ the Storyful footage was captured.

Ms Cummings added in the comments: ‘I’m truly blessed with where I live and the amount of amazing native wildlife I get to appreciate everyday.’ 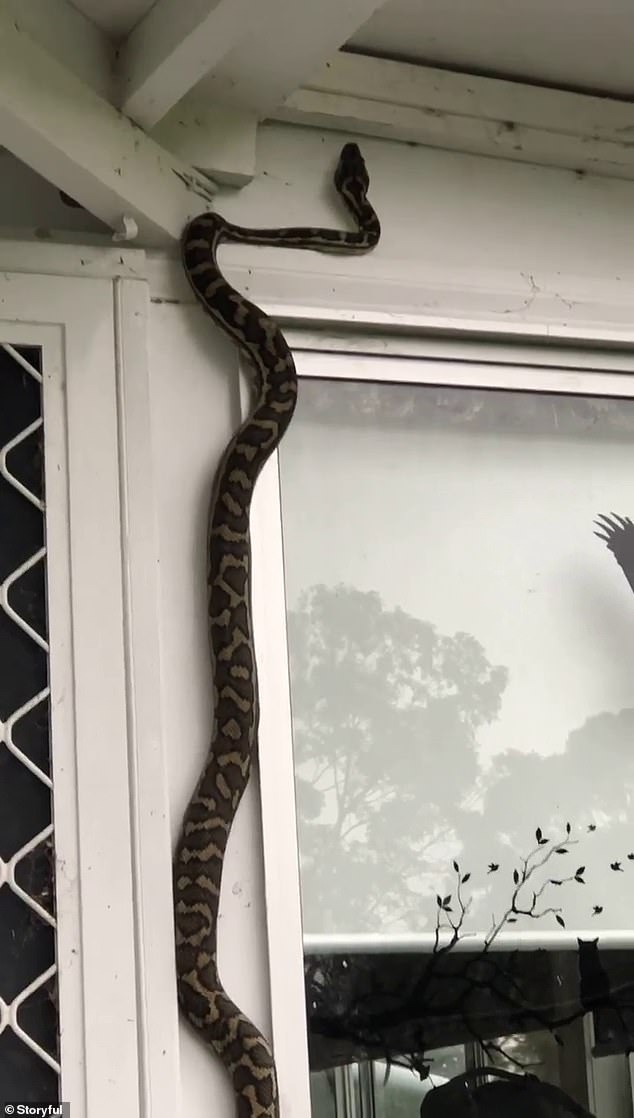 ‘He’s a big boy and obviously very happy. You’re so lucky to have him, wow,’ one woman commented.

A man added: ‘Best mouse catcher in the world!’

But some were horrified at the thought of sharing their home with a huge snake that size.

‘No thanks!’ one woman posted. 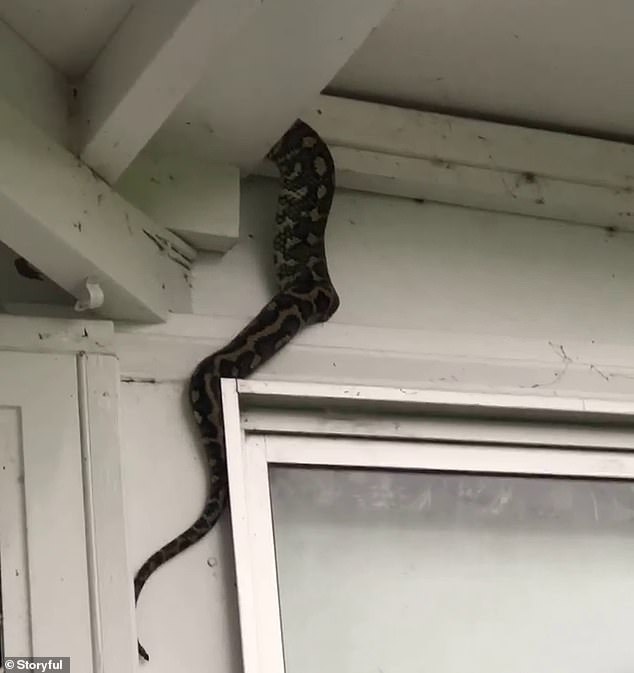 The snake disappears inside into the roof, where he’ll hibernate over the next few months