‘Now we’ve seen it all’: Extraordinary way would-be drug smugglers tried to get nearly $20million worth of meth into Australia

Two men allegedly tried to import 63kg of ice into Australia concealed inside the wooden pallets of a freight shipment from Malaysia labelled as ‘mop buckets’.

Images of the bizarre smuggling method show packets of the methamphetamine, which has a street value of $18.9million, pressed into thin strips and concealed inside 18 hollowed-out pallet boards. 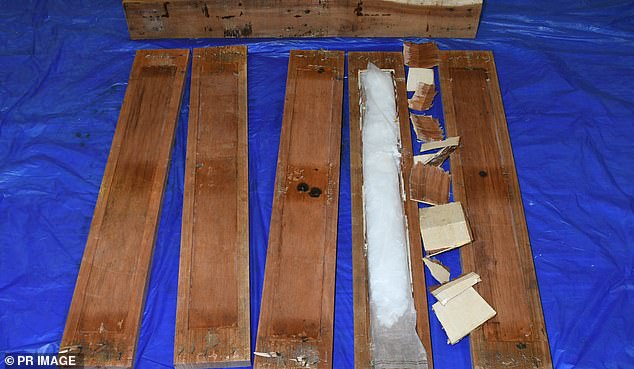 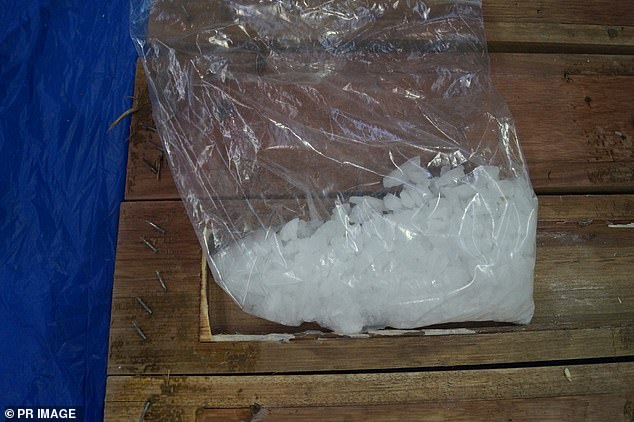 The ice which had arrived concealed in a shipment from Malaysia (pictured) has a street value of $18.9million

He said despite the creativity of criminals, authorities remained one step ahead, using advanced technology to catch offenders red-handed.

‘We are dedicated to stopping these harmful drugs reaching our communities and harming countless Australians,’ he said.

After the drugs were discovered in March, AFP officers allowed the shipment to be delivered under surveillance to an address in Guildford West in Sydney on Thursday.

A 27-year-old man was arrested as the alleged recipient of the delivery.

A 36-year-old man was also arrested in connection with the shipment after a search warrant was conducted at a Bexley residence.

They were both charged with attempting to possess a commercial quantity of unlawfully imported border controlled drugs, contrary to section 307.5 of the Criminal Code Act 1995 – which carries penalties up to life imprisonment. 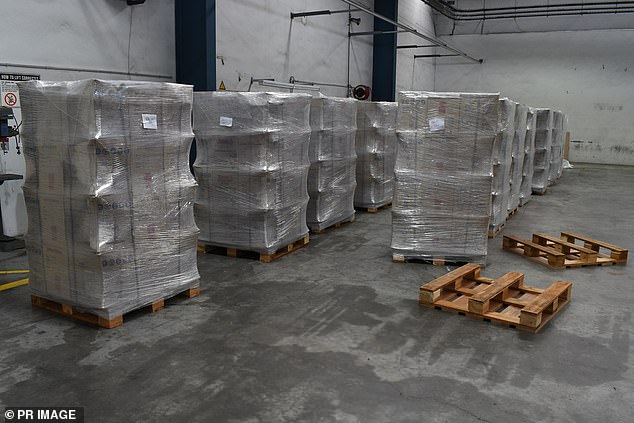 The two men fronted Central Local Court in Sydney on Friday and were refused bail.

Australian Border Force said officers were aware of new techniques and trends smugglers were attempting to employ to get drugs into the country from overseas.

He said officers were using ‘technological advancements, intelligence analysis and their unique skills’ to keep on top of the constantly evolving concealment methods of drug smugglers. 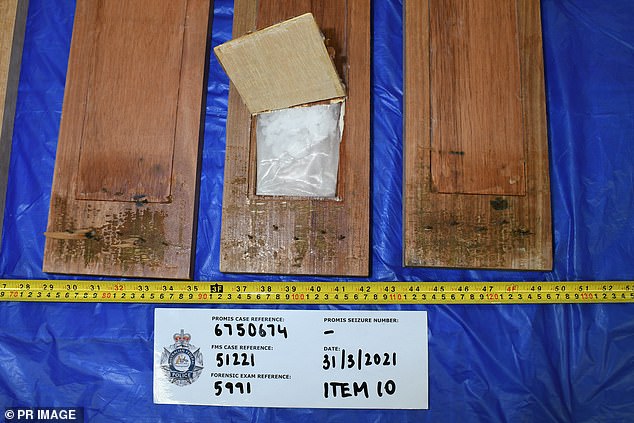