From the Labour benches there came orchestrated harrumphs, spray-on shock and the sucked-in air of outrage. For the second week in a row, Sir Keir Starmer was crying foul about cronyism.

After all those dog-day coronavirus months, old-fashioned Tory sleaze rows have breathed new life into the Commons.

Labour’s benches once again drip with oily disdain. Just a week ago, Opposition MPs were a rarity here.

Now they jostle for space on the green leather like snaggle-toothed jockeys lining up at Aintree. 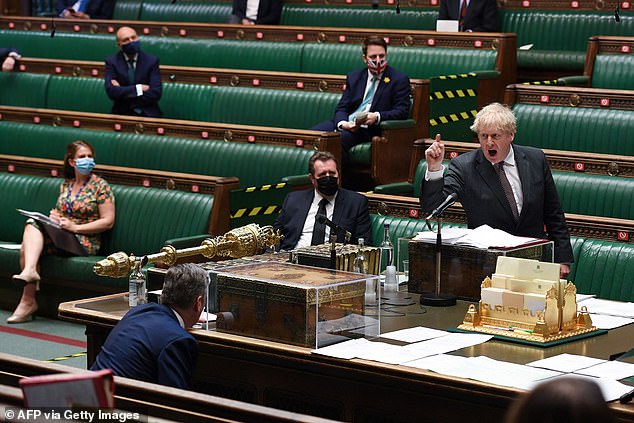 This week it was texts from vacuum tycoon Sir James Dyson, whose employees’ tax affairs the Prime Minister promised to ‘fix’ in return for help building ventilators during the pandemic

This week it was texts from vacuum tycoon Sir James Dyson, whose employees’ tax affairs the PM promised to ‘fix’ in return for help building ventilators during the pandemic.

‘Why the Left’s constant hostility towards our most revered inventor?’ I hear you ask.

Well, Sir James is always said to be a Tory. Worse, he’s a filthy Brexiteer.

For Sir Keir, this was yet more proof that ‘favours, privileged access, tax breaks for mates’ lie at the heart of this Government.

‘Sleaze, sleaze, sleaze!’ he yelled, waggling a sausagey forefinger at the PM across the despatch box. ‘All on his watch!’

Boris seemed distinctly unfussed about the matter. A shake of the head, a shine of the fingernails.

He was the same the week before when Cameron’s dirty linen was getting an airing. Perhaps he suspects people feel the whole ‘sleaze’ tag is a bit old hat.

Bearing in mind the tepid public reaction to those toe-curling details the dreaded Arcuri woman recently spilled about him, he may have a point.

The PM made no apology for ‘shifting Heaven and Earth’ to secure much-needed equipment during a national crisis.

He pointed out that when the pandemic first took grip there had been just 9,000 ventilators in this country.

Thanks to Government efforts, another 22,000 were secured. ‘It was entirely the right thing to do to work with all potential makers of ventilators at that time,’ Boris reasoned. 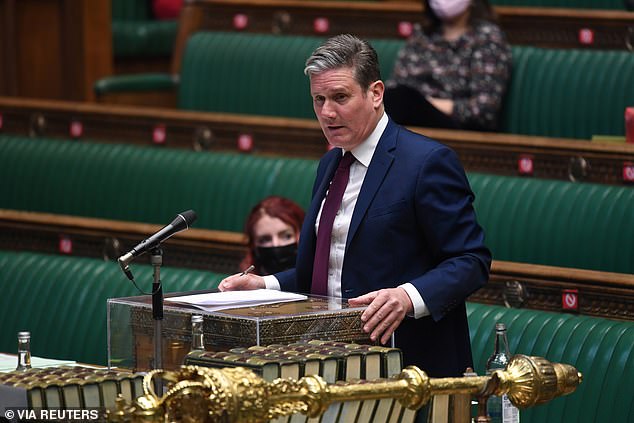 For Sir Keir, this was yet more proof that ‘favours, privileged access, tax breaks for mates’ lie at the heart of this Government

For Starmer, the issue wasn’t about ventilators nor even Dyson’s tax affairs.

What he was more concerned about was the rococo image of the Prime Minister nonchalantly whipping out his iPhone and firing off smiley-face emojis whenever ‘billionaire Conservative Party donors’ got in touch needing a favour.

‘How many other people with the Prime Minister’s personal number has he given preferential treatment to?’ he wondered.

Boris desperately tried to get himself as worked up as his opponent. He accused Starmer of ‘sniping from the sidelines’. Keir charged on.

‘What this shows once again is the extent of the sleaze and cronyism that is at the heart of his Conservative Government!’ he cried.

Due to her mask, all we could see of Miss Harris was that wonderful purple rinse of hers.

Oh, and her eyeballs, of course, bulging and dancing. She reminded me of an old dear who’d just won big at bingo.

The SNP’s Ian Blackford picked up where Starmer left off. ‘This is how the Tories do Government,’ he barked from his Highland lair. 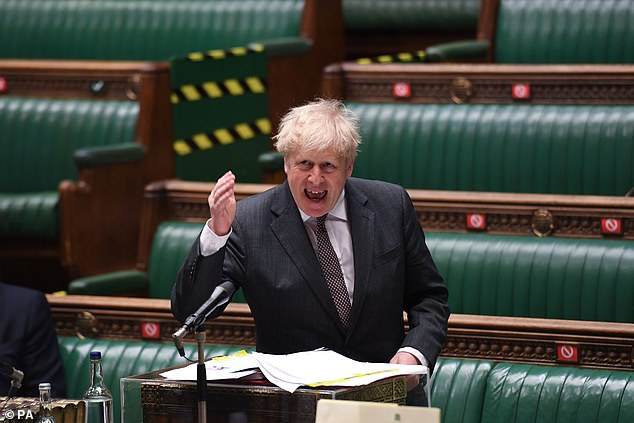 He accused the Cabinet of fixing up favours for ‘a cosy club of friends and donors’.

‘Tory texts for contracts’ was the phrase he’d coined for it, possibly all by himself, clever chap.

Just then, the Blackford family hound began to bark, drowning out its long-winded master.

This caused much chuckling in the Commons chamber. ‘I thought his dog just made a more sensible contribution just now than he did,’ replied Boris.

You may be shocked to learn po-faced Blackford wasnae amused. When the Speaker called time, Starmer unusually approached Boris as they exited the chamber together. For a moment, I thought we were in for a ding-dong.

Far from it. Their conversation looked most amiable.

If Sir Keir was buttering the PM up for Sir James’s telephone number I wouldn’t have blamed him.

That Dyson customer support line can be hellish to get through to during peak times.