The aggressive investment house – which has grabbed headlines for its activist campaign at Shell – sold its remaining 9.8 per cent stake to other institutional shareholders for £170m.

It initially put £45m into the oil and gas company before its float in 2018. But a series of other share sales means the company, which is led by financier Daniel Loeb, has reaped around £275m from the investment. 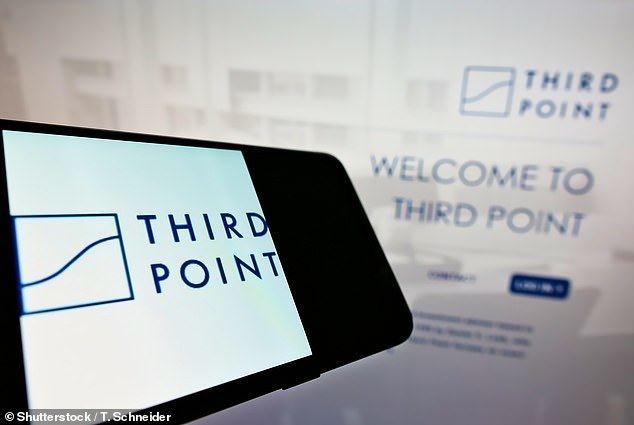 Cashing out: American hedge fund Third Point has reaped around £275m from its investment in Energean

The exit from Energean comes as Third Point is targeting Shell and urging it to separate into two companies.

Loeb’s group has said the British oil giant is trying to be ‘all things to all people’ by attempting to turn into a renewables group – though boss Ben van Beurden has vehemently opposed Third Point’s calls.

Third Point sold Energean’s stock for 1,010p – slightly lower than the Friday closing price. The hedge fund has left after gas prices have soared. Energean is due to launch its flagship Israeli gas project this year.

Energean is developing the Karish gas field off Israel, which was recently linked up to the country’s gas network.

It produces oil and gas from other sites and has a presence in the North Sea.