Toddler, 3, is shot dead at his own birthday party in Miami

By Charlotte Mitchell For Mailonline

A three-year-old boy has been shot and killed at his own birthday party in Miami’s Golden Glades neighborhood.

Elijah LaFrance was killed on Saturday night, according to Miami-Dade police, who said a 21-year-old woman had also been shot but is expected to survive her injuries.

An altercation happened outside an Airbnb on NE 158th street after 8pm, police said. Shortly afterwards, shots were fired and the shooter fled the scene.

Police were alerted to the shooting Saturday night by a system that detects and tracks gunshots.

When they arrived at the home, officers found the toddler suffering from a gunshot wound and took him to a hospital where he died, according to a news release from the Miami-Dade Police Department. 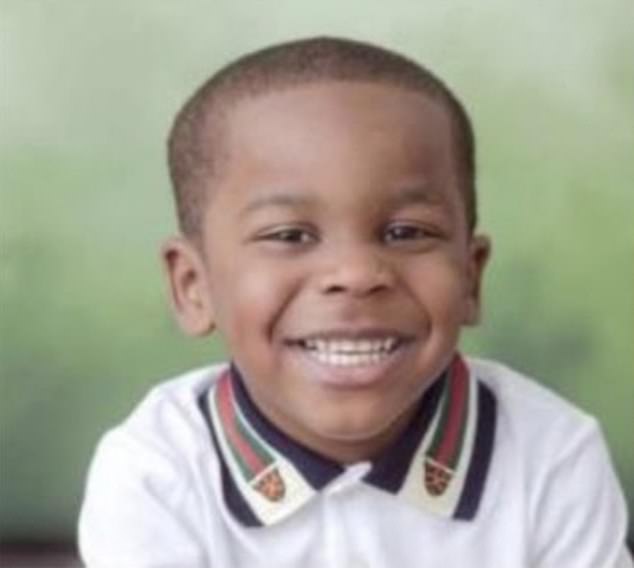 ‘They killed him. Oh God, he is still on my mind. I was just playing with him,’ Adrian Annestor, LaFrance’s uncle told CBS Miami.

‘I wish it could have been me because I’ve lived long enough. He couldn’t even say mom and dad,’ Annestor, who had been at the party, said.

A neighbor told NBC 6 that they heard 20 or 30 shots and that one of the bullets struck his car. 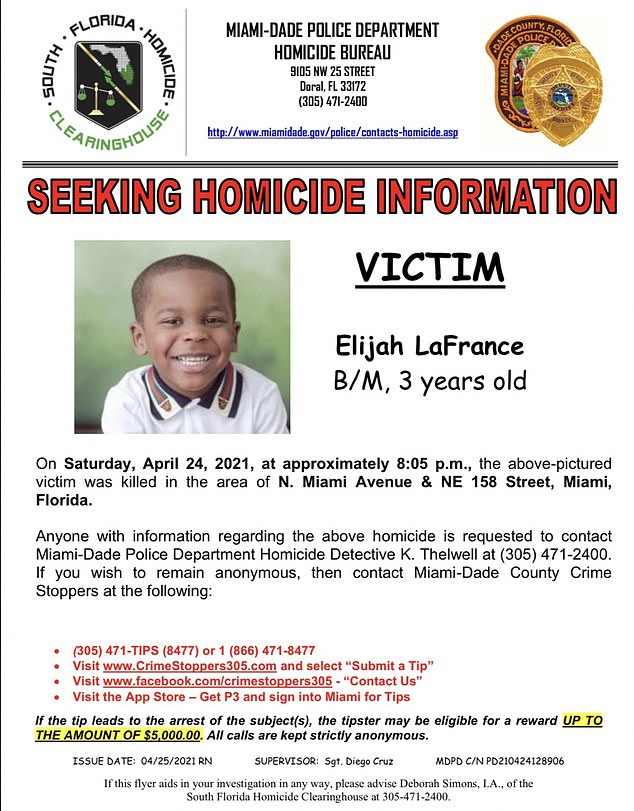 He claimed his roommate saw the shooter, who they had described as male, but the roommate did not speak to the network.

Police have not released any details about the suspected shooter and have appealed to the public for information.

Family told NBC 6 that the party on Saturday was held for Elijah and his little sister. 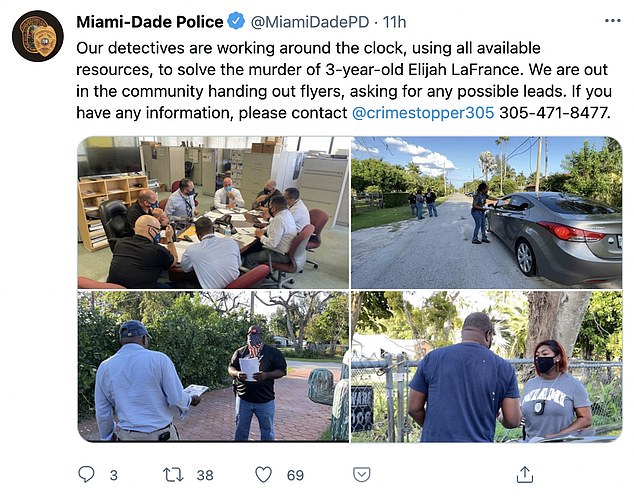 Miami-Dade Mayor Daniella Levine Cava said in a tweet that ‘we will do everything we can to bring this murderer to justice.’

‘Last night a three-year-old was shot & killed at a birthday party. There are no words to describe the immense loss & anger our community is feeling.

‘We will do everything we can to bring this murderer to justice & we must stand together to demand an end to this cycle of tragedy,’ Levine Cava wrote.

Her tweet quoted an earlier post by Alfredo ‘Freddy’ Ramirez III, the director of the Miami-Dade police department. 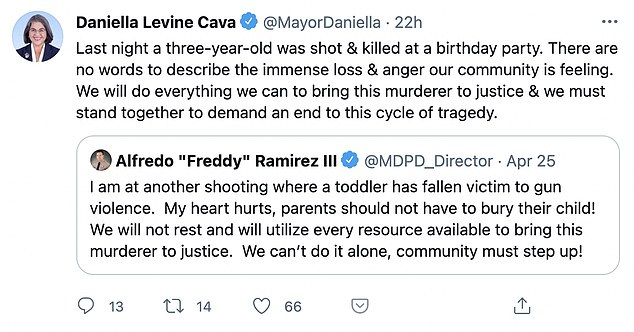 ‘I am at another shooting where a toddler has fallen victim to gun violence. My heart hurts, parents should not have to bury their child!

‘We will not rest and will utilize every resource available to bring this murderer to justice. We can’t do it alone, community must step up!,’ Ramirez wrote.

In a Twitter post on Sunday, Miamie-Dade police wrote that detectives are ‘working around the clock, using all available resources, to solve the murder of 3-year-old Elijah LaFrance.

‘We are out in the community handing out flyers, asking for any possible leads,’ the post said.

Police are asking anyone with information to contact them on (305) 471-8477 or to get in touch with Crimestoppers.