Hargreaves Lansdown, one of the UK’s top 100 stock market-listed firms, faces being dragged through court as a result of its aggressive promotion of Woodford Equity Income right up until the shockingly mismanaged investment fund closed.

Today, The Mail on Sunday can exclusively reveal that litigation specialist RGL Management has formally launched a legal action against the wealth manager to recover the losses that investors incurred in the wake of the £3.8billion fund being shut in June 2019 – and then broken up.

If the courts side with RGL, it could result in Hargreaves Lansdown being required to pay compensation totalling hundreds of millions of pounds. 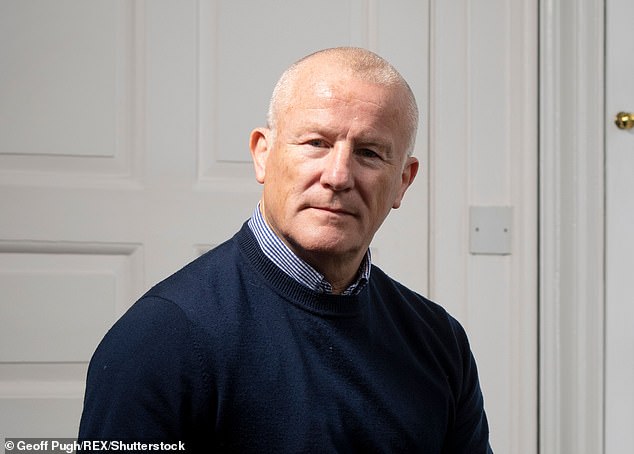 RGL has also launched a simultaneous legal action against Link, the fund’s authorised corporate director, whose role was to protect the investors’ interests. Rival firms Harcus Parker and Leigh Day have already initiated very similar actions against Link but have steered clear of targeting Hargreaves Lansdown.

On Friday, James Hayward, chief executive of RGL, told The Mail on Sunday: ‘Those investors who suffered due to the terrible mismanagement of Woodford Equity Income deserve to be compensated.

‘In bringing an action against both Link and Hargreaves Lansdown, RGL offers the best chance of a recovery of losses.’

Woodford Equity Income was run by Neil Woodford, one of the country’s most high-profile, and now disgraced, investment managers. In recent weeks, Woodford has controversially – and insensitively – tried to get regulatory approval for a new investment business despite the City regulator still probing the circumstances of the fund’s closure.

In the ‘letter before action’ sent to Hargreaves Lansdown by RGL’s law firm Wallace – and seen by this newspaper – it claims Hargreaves Lansdown failed to ‘provide accurate, adequate and up-to-date information’ about the Woodford fund in the runup to its suspension.

This is despite Hargreaves Lansdown’s ‘persistent and increasing concerns’ about the fund’s mounting exposure to illiquid investments in smaller and unquoted companies – exposure that proved the fund’s downfall as it was unable to fulfil a £238 million redemption request from Kent County Council in June 2019.

These concerns started as early as November 2017 when its analysts identified an ‘increase’ in the proportion of ‘small and unquoted assets’ held by the fund.

But the Woodford fund remained on Hargreaves Lansdown’s list of best investment fund buys – its ‘Wealth’ list – from the day the fund was launched in June 2014 through to its suspension five years later.

In written evidence to the Treasury Select Committee in the immediate aftermath of the Woodford closure, Hargreaves Lansdown chief executive Chris Hill confirmed his company’s analysts had been in regular contact with Woodford over liquidity concerns – including face-to-face meetings.

He said: ‘Our judgment was that our discussions would result in actions that would lead to him [Woodford] restructuring the portfolio and better relative returns over the longer term.’

He also insisted that Hargreaves Lansdown had told clients from the day Woodford Equity Income was launched that the fund would buy into small and unquoted businesses. He also added that increases in exposure to these risky investments were communicated to clients.

Yet Wallace’s correspondence on behalf of RGL disputes that these updates were received by some customers it has spoken to.

In its ‘letter before action’, it accuses Hargreaves Lansdown of a breach of contract, negligent misstatement (keeping Equity Income on its best buy list despite internal concerns) and a breach of statutory duty (failing to act in the best interests of clients). It has asked Hargreaves Lansdown to respond by the middle of next month.

On Friday, Alex Weinberg, a partner at Wallace, said the action against both Hargreaves Lansdown and Link offered claimants ‘the best possible chance of a successful outcome’.

He added: ‘Both defendants have strong cases to answer and we are very confident in the strength of the legal claims against them.’

One existing client of Hargreaves Lansdown, who wished to remain anonymous, ‘welcomed’ RGL’s action. He said it was shameful that Hargreaves Lansdown had kept Equity Income on its best buy list while being concerned about the fund’s liquidity problems.

On a personal level, he said he emailed the wealth manager on three separate occasions about the fund’s deteriorating performance, only to be told the company had complete faith in Woodford. ‘Unforgivable,’ he told The Mail on Sunday.

Phil Case, an investment consultant from Portishead near Bristol, said both Hargreaves Lansdown and Link should be ‘held to account’ for their part in the Woodford debacle.

He said: ‘Hargreaves Lansdown was a marketing machine for Neil Woodford and it helped generate them an attractive stream of revenue.’ [More than £40million in platform fees between 2014 and 2019]. Link also failed to safeguard the financial interests of fund investors. Yet the regulator and the man himself, Neil Woodford, were equally culpable.

He added: ‘There are lots of guilty parties. They should all hang their heads in shame. Collectively, they should dip their hands into their pockets and refund investors.’ Both Hargreaves Lansdown and Link declined to comment.

SO WHAT HAPPENS NEXT?

With the Financial Conduct Authority struggling to complete its investigation into the demise of Woodford Equity Income, it seems that a successful group legal claim is the best hope for out-of-pocket fund investors.

Although Harcus Parker, Leigh Day and RGL have taken the first step by issuing ‘letters before action’ against Link – and in the case of RGL against Hargreaves Lansdown – it is highly unlikely that the claims will go ahead separately.

A more likely outcome is that they will pool resources and make one claim against Link – with RGL taking on Hargreaves Lansdown (unless the wealth manager decides to settle out of fear of going to court and potentially suffering reputational damage).

All three companies have already disclosed their fees, which will only be charged if their claim is successful.

Claimants can only recover what they lost once – so they can only sign a contract to join one specific claim.