A fire safety expert who gave evidence at the Grenfell Inquiry made jokes about disabled people being unable to escape a fire.

Colin Todd, a prominent safety expert, made jokes about ‘RudeTube’ videos of disabled people crawling on the floor to escape fire in a forum for fire safety professionals in 2014, according to Insider.

Todd wrote: ‘What fun we will have watching RudeTube videos of the poor disabled people crawling on their hands and knees down smoke filled corridors when the common parts fire alarm system operates to tell them to get out into the corridors because there is smoke in them.’ 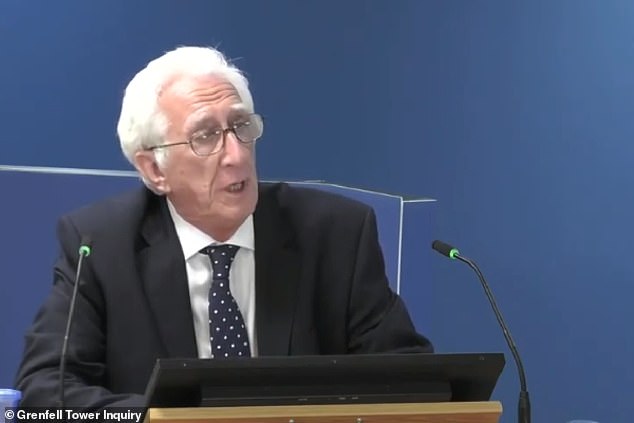 Colin Todd (pictured at the Grenfell Inquiry), a prominent safety expert, made jokes about ‘RudeTube’ videos of disabled people crawling on the floor to escape fire in a forum for fire safety professionals

‘It all promotes equality, because the able bodied people will have to go on their hands and knees too when the smoke layer gets too low, rather than staying in the safety of their flats.’

Todd claimed the comments were sarcastic and to argue against an assertion by another commenter who said extra alarms which he said would put disabled people at risk.

The comment he took issue with read: ‘Its important to tell people, who are unable to react, that they are in a burning building.

‘We wouldn’t want them to safely sleep through a fire in the building. Where’s the fun in that?’

Todd’s company was the author of controversial official guidance which said that public housing did not require individual plans to help disabled people escape in a fire. 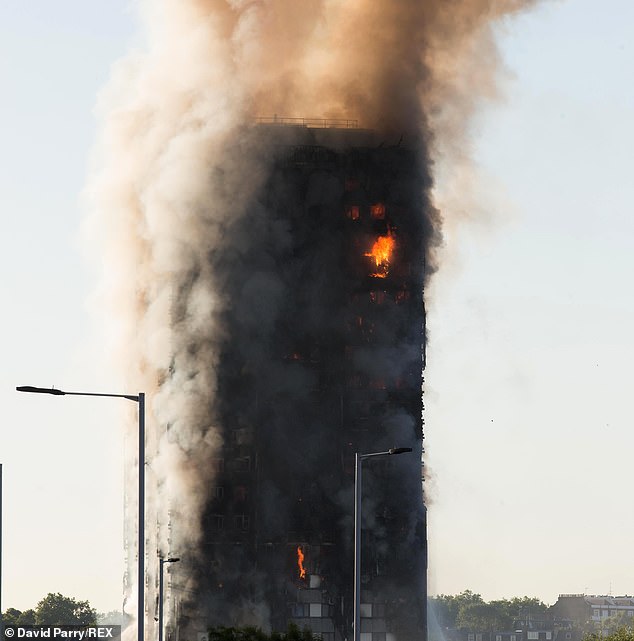 A reported 15 of the 72 lives lost were disabled people, according to Disability Rights UK.

C.S. Todd & Associates said it was ‘usually unrealistic’ to develop what is known in the industry as ‘personal emergency evacuation plans’ for disabled people in general-use housing in a UK government handbook.

The advice was withdrawn in 2021 after 10 years of use and is due to be updated.

Todd appeared as a witness at the Grenfell Inquiry where a report found the ‘stay put’ advice for disabled people in the building had failed.

He stood by the ‘stay put’ order in his appearance despite a reported 15 of the 72 lives lost in the high-rise fire in 2017 were disabled people, according to Disability Rights UK.

He said ‘a ‘stay put’ strategy is actually favourable to vulnerable people and consistent with the principles of equality.’

Todd’s role as a witness was questioned by Grenfell justice campaigner who said his son’s role as Head of Fire Safety at the local authority responsible for Grenfell Tower represented a conflict of interest.