The COVID-19 travel restrictions set in place to ban non-essential travel between the  United States and Mexico were not enough to stop a grandfather from celebrating his grandson’s birthday.

A viral video has captured the heartwarming moment Isidro Gonzáles stood on the Rio Grande shore in Eagle Pass, Texas, and sang happy birthday to Santiago, who had just turned four.

‘Raise you hand Santiago! How are you doing son?’ Gonzáles shouted at the boy in Spanish.

‘I’m here,’ Santiago replied while raising his small arms in the air from Coahuila, Mexico, riverbank of the Rio Grande. 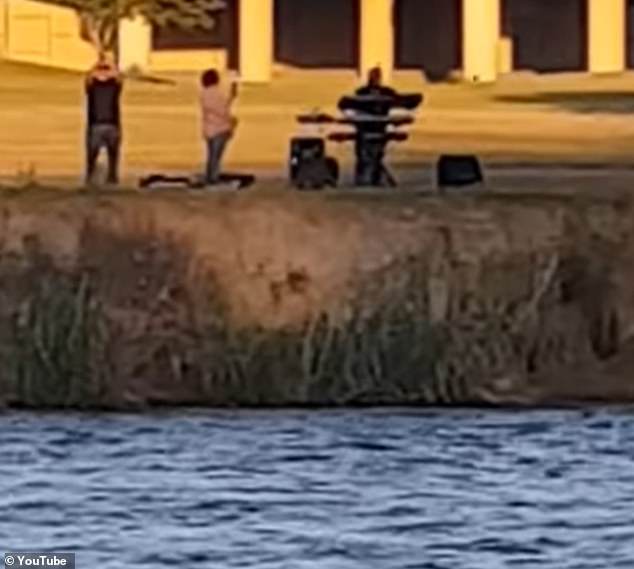 Isidro Gonzáles recently set up his piano and loud speakers on the shore of the Rio Grande in Eagle Pass, Texas, so that he could sing ‘Las Mañanitas,’ a traditional Mexican birthday song for his grandson Santiago, who stood and watched from Coahuila, Mexico 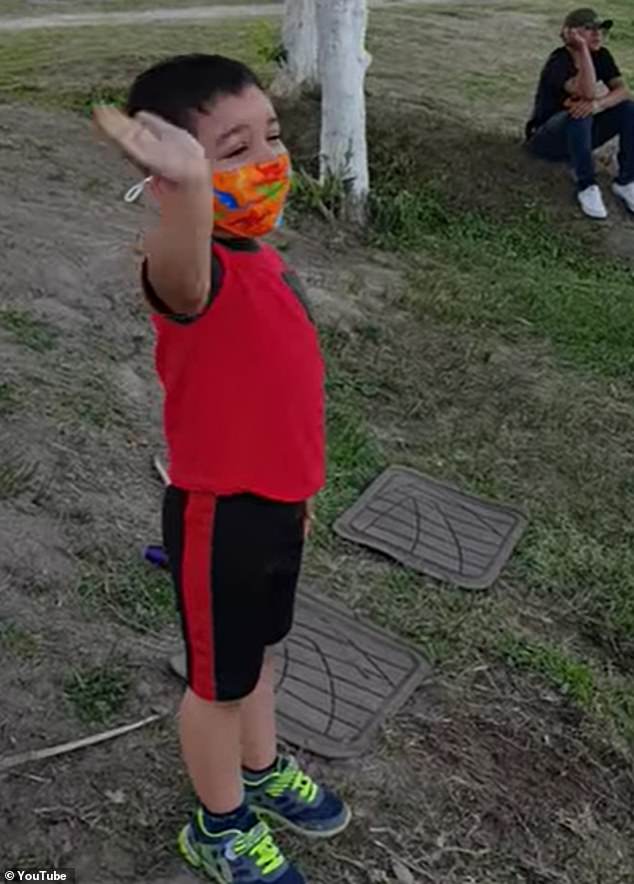 Santiago stands on the shore of the Rio Grande in Coahuila, Mexico, and waves at his grandfather, who put on a mini concert celebrating the child’s fourth birthday and singing ‘Las Mañanitas,’ a traditional Mexican birthday song 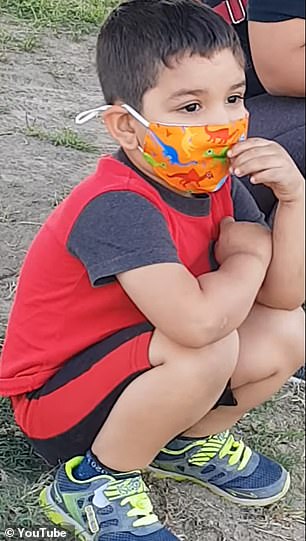 Santiago celebrated his fourth birthday in Coahuila, Mexico, while his grandfather stood on the shore of the Rio Grande in Texas and sang happy birthday to him

Gonzáles could be heard screaming at Santiago, ‘I love you,’ and telling him in Spanish, ‘I love you a lot.’

Moments later, the proud grandfather stood behind his piano and sang a rendition of ‘Las Mañanitas,’ the traditional Mexican birthday song.

Gonzáles method of celebrating Santiago’s birthday is just one of the many different ways that families have celebrated milestones during the coronavirus pandemic.

Mexico and the United States agreed this week to continue to prohibit non-essential crossings over the southwestern border until May 21.

Mexico’s foreign ministry added that the government and its U.S. counterparts are in talks to ease travel restrictions at their shared frontier based on COVID-19 rates in each country.

Despite the shutdown at the land border, air travel between the two countries is permitted.