Grace Tame is considering ‘running away somewhere’ to marry her fiancé after a stressful reign as the 2021 Australian of the Year.

As the cover star, Ms Tame gave an all-encompassing interview discussing the importance of her advocacy and hitting back at her critics.

The 27-year-old also finally opened up about the look she gave Prime Minister Scott Morrison and rebutted claims she ‘hates men’.

Ms Tame said being called a ‘man-hater’ struck a nerve after working so hard to advocate for male survivors of child sexual abuse. 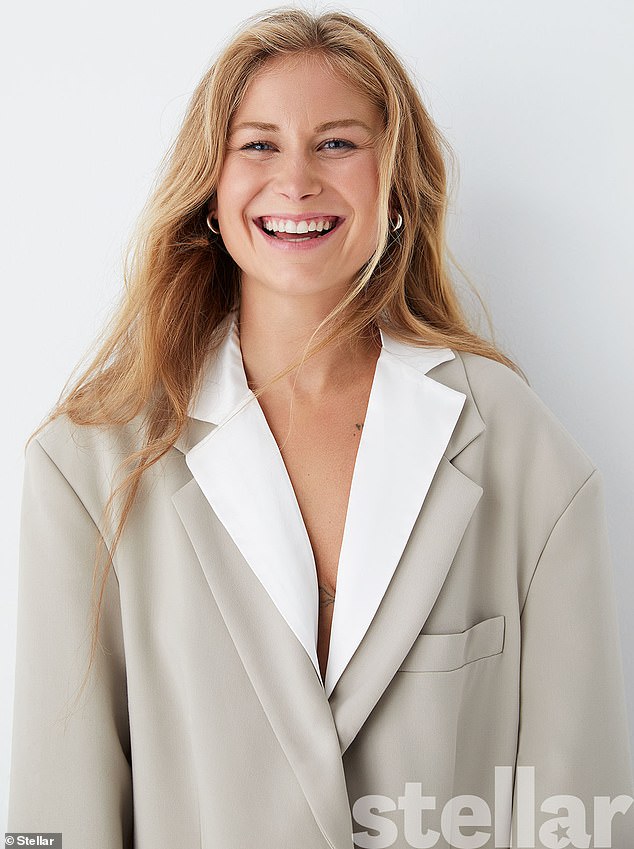 As the cover star, Ms Tame gave an all-encompassing interview dispelling any misconceptions and discussing the importance of her advocacy

‘I’ve never, never, never had the words ”I hate men” come out of my mouth. Male survivors are among my best friends… I do my darnedest to be the best advocate for the survivor community, which very much includes boys,’ she said.

Ms Tame said she ‘never called herself a feminist’ despite sharing their ideals because she ‘just assumed that everyone wants equality’.

She said she hoped International Women’s Day would be another opportunity to continue a conversation of equality – regardless of gender.

The sentiment is reminiscent the speech Ms Tame gave to the National Press Club on February 9. 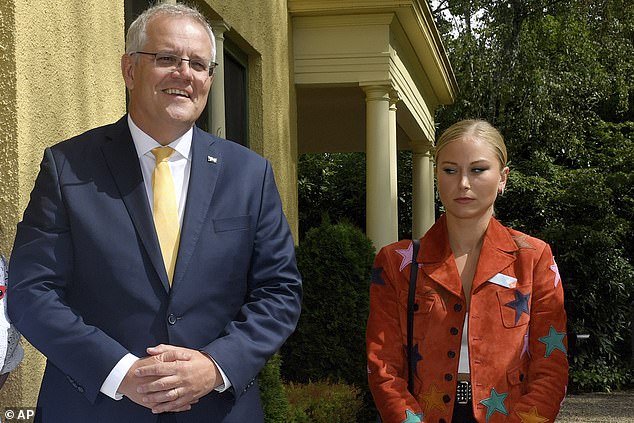 Ms Tame also offered an insight into her relationship with Max Heerey, her fiancé and manager.

The couple are hoping to get married in February 2023 after Heerey proposed in January.

‘Something low-key, maybe on a beach somewhere… Maybe we might just run away somewhere and then have a party afterwards,’ she said.

She described the relationship as ‘minimal fuss’, noting they’re both ‘parmie and pub people’ and not interested in a huge event. 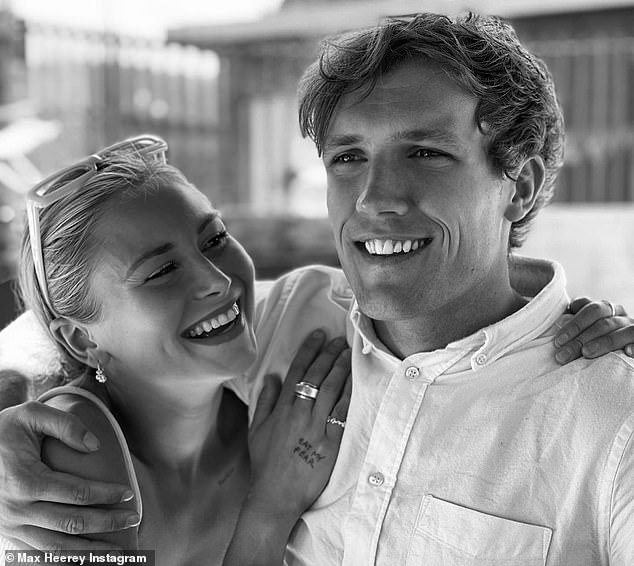 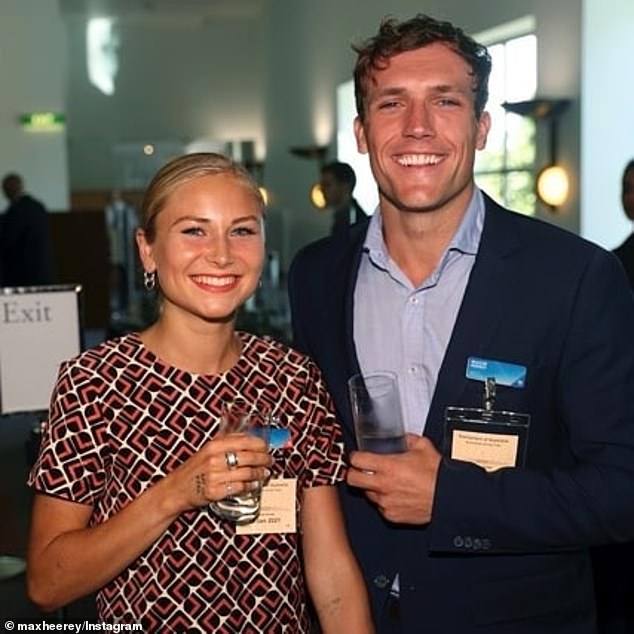 Ms Tame also offered an insight into her relationship with Max Heerey, her fiance and manager

Ms Tame also circled back to the now infamous photographs of her giving Prime Minister Scott Morrison the side-eye ahead of the 2022 Australian of the Year ceremony.

The young woman found herself at the centre of unprecedented outrage because she would not offer a smile during a photo-op with the PM and looked so angry.

While discussing her friendship with former parliamentary staffer Brittany Higgins, who claims a former colleague raped her in a Parliament House office, Ms Tame offered an explanation for her behaviour at the event.

She said though her experience and that of Ms Higgins were ‘very different’, there was a common thread of ‘protecting the institutional image over the wellbeing of an individual, which is inexcusable’. 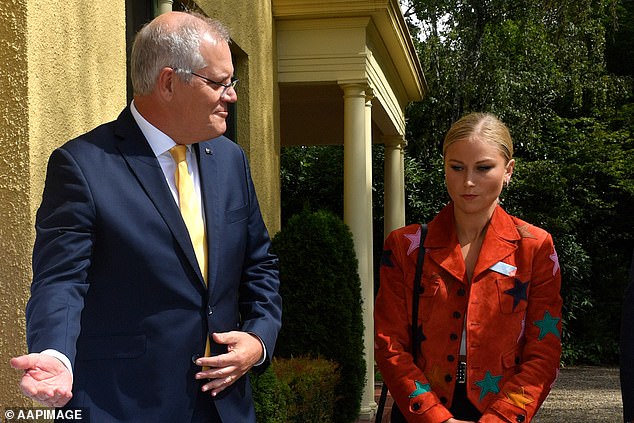 ‘We can add it to the long list of reasons that I was not going to compromise my principles and smile at the prime minister who has excused all of these things for the sake of civility. No.’

Despite handing over the reigns of Australian of the Year in January, Ms Tame is hopeful 2022 will be the biggest year yet for her advocacy work.

Through the Grace Tame Foundation, Ms Tame has launched a campaign to remove the word ‘relationship’ from legislation for the offence of Persistent Child Sexual Abuse under section 66EA of the Crimes Act 1900 (NSW).

It’s particularly important to her because she argues the word ‘relationship’ in this context drives a victim blaming mentality.

She also hopes to implement education programs to ensure children understand what grooming is and what it looks like.